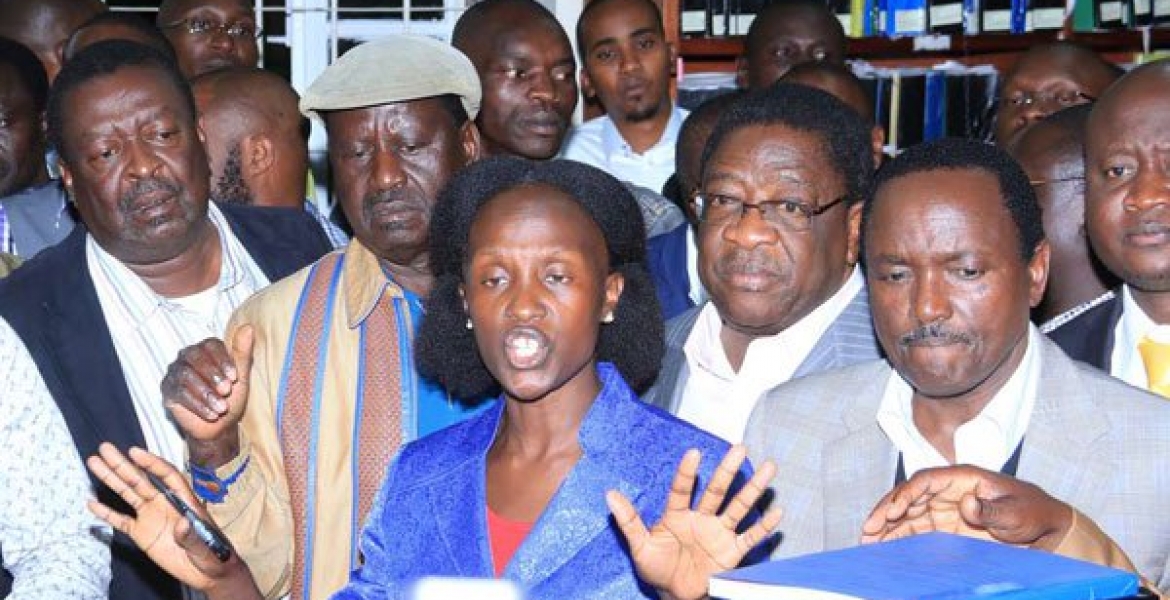 The highest court in the land in rejecting the documents said were filed after the Friday midnight deadline had elapsed.

Supreme Court registrar, Esther Nyaiyaki a letter to Odinga’s lawyers on Monday said that the Court had received two complete sets of 59 volumes of their petition and on Sunday, the lawyers submitted six more, but could not be admissible.

Raila's leading Attorney Paul Mwangi, however said the rejected documents will not have much effect on the petition. He said the missing documents were annexes of the primary documents, which were filed before the deadline.

“They are Forms 34 A. They are not primary documents. However, a document is deemed to have been filed when it was paid for and, in this case, that was done before Friday midnight. That is the legal position,” Mwangi said.

IEBC lawyers raised questions on why Nasa was still filing documents at the Supreme Court, even when the deadline had passed.

“Upon inquiring from the Supreme Court, we were advised that you were still filing documents as at midday today.

"Our client is concerned as to why documents are still being filed way out of time,” the firm said in the letter signed by Mr Kamau Karori.

The lawyers also asked Supreme Court registrar “to confirm which documents are being filed this long after the deadline for filing”.

Why are Nasa governors accepting to be sworn in when they won in a rigged election? If the election was soo flawed, should they not have boycotted the entire exercise and demand a fresh election. But these nasa guys cant wait to be sworn in ... governors, senators, mpigs, mca's etc ... an entire boycott by all winners would have made Raila's case much stronger .... even his so called generals like joho could not wait to be sworn in .. kidero conceeded and handed over power smoothly after initially rejecting the results ... even without reviewing a single page of that 25,000 page dossier, raila's case is soooo weak ...

I agree with you @ hypocrite. If they are flawed for Prezzo, then they are flawed for Joho, Anyang, Ojamong, etc. Lakini @ RAO wants us to put on googles (really dark ones - and be blinded by guest1's or some iphone 4's verbal diarrhea) and only see the flaw in Prezzo's election, not in the other races. Haka kamzee lakini kanatuchezea! We will accept for him and move him on...

"Rejects" is the wrong word to use. Whom are trying to Propagate or fool?

Registrar informs Raila's lawyer that 3 key documents are missing. The lawyer respond that "a document is deemed to have been filed when it was paid for". A learned friend indeed.

Hypocrite was asking myself that q too thou I heard this lord of poverty had begged those who won to trash the certificates n refuse to b sweared but I guess they know he is very sick in his head n they know he lost.If SC say the elections has to b repeated babu will still loose coz again Kikuyus n kale registered more n incase Rao wins he will b 1wk Kenyan president coz jubilee controlling both houses will impeach him PAP.So hii jamaa need to retire n wait for his gods coz Majority of Kenyans have refused yr violence leadership