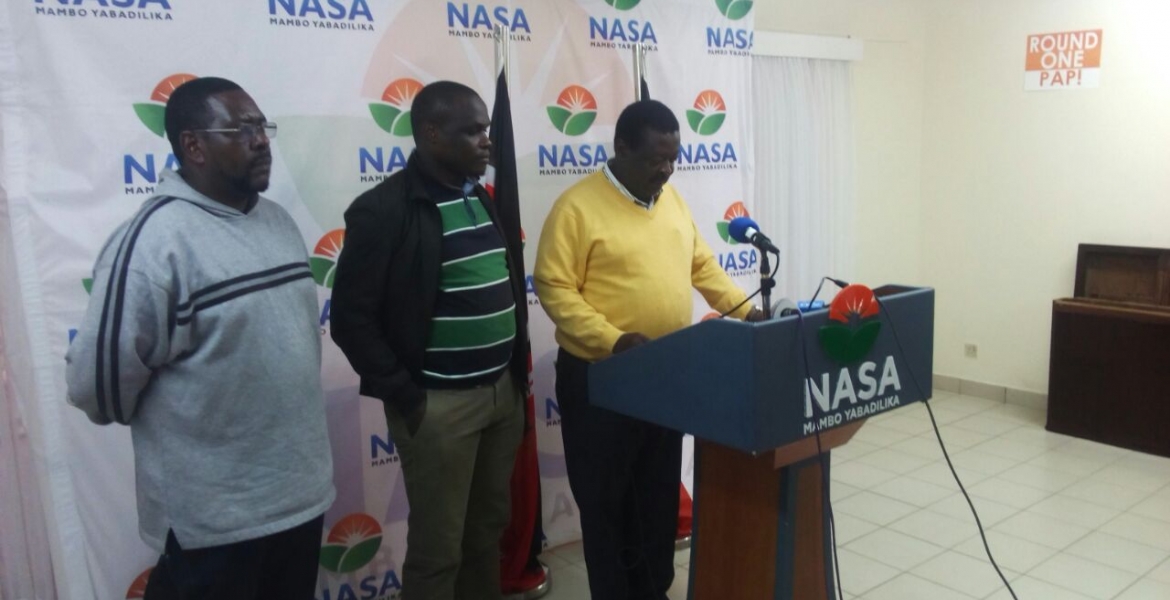 The opposition outfit wants the electoral commission to make public the names of all the 11,155 polling stations that IEBC said have no 3G and 4G mobile network coverage.

NASA's demands comes after an announcement by the electoral agency on Saturday, which revealed that 27% of the polling stations countrywide were out of 3G and 4G network coverage.

The commission consequently directed affected presiding officers to move to areas with network in order to electronically transmit the presidential results in the Tuesday elections, prompting NASA to raise questions over the directive.

The opposition coalition led by its Chief Agent, Musalia Mudavadi in a statement said that the number of polling stations with no required network coverage was too big and could be a scheme to undermine democracy and the will of the electorate.

“11,000 polling stations are many and calls for worries. We, as Kenyans, need to know the exact polling centers. IEBC should publish the names immediately before poling day,” said Mudavadi.

NASA further expressed concerns over how election materials to its (Opposition’s) perceived strongholds were supplied, claiming that ballot papers have not arrived in some areas one day to voting.

“IEBC should ensure that ballot papers have reached to all polling centers by 5 pm tomorrow,” added Mudavadi.

The boy who cried wolf is crying again. NASA, you need to hush. Wait and win if you have the numbers.

Sokora. Sisi NASA TutawaNASA hadi Chini ya Vitanda Zenu. Nowhere to Hide. This year is NOT 2007; and NEITHER is it 2013. Wezi Lazima Waonyeshwe BaraBara ya Uchaguzi Safi. Hammtaiba Tena!!!