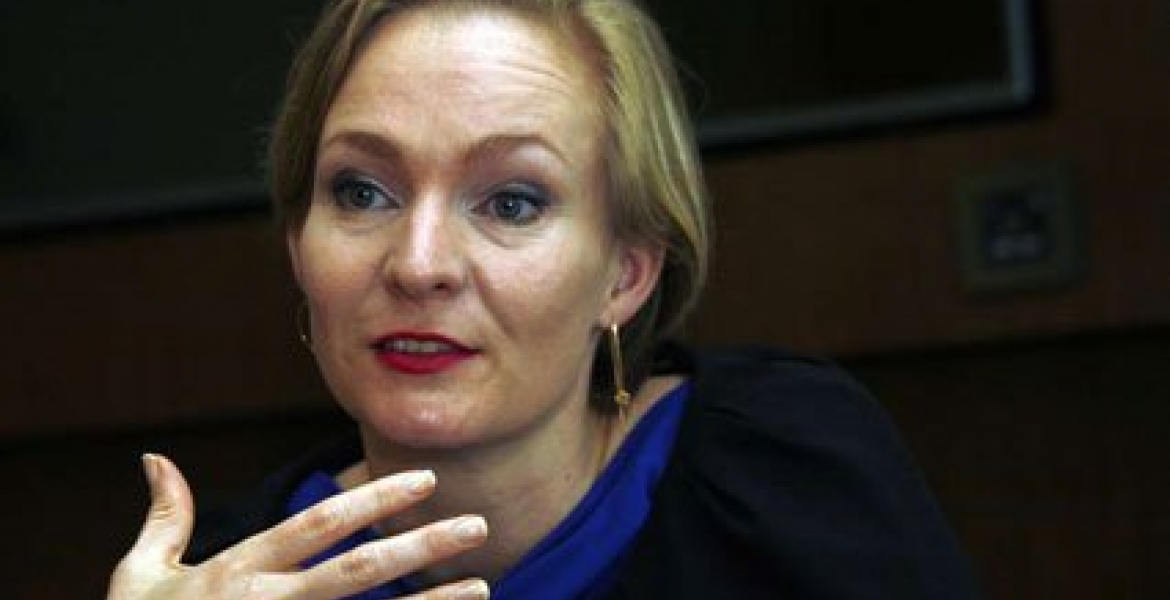 The European Union Election Observation Mission Chief Observer Marietje Schaake has warned that heavy presence of security officers could have a negative effect on the August 8 general election.

Schaake said that, while it was necessary to guarantee every Kenyan of their security during the voting exercise, high police presence could intimidate and disenfranchise the electorate.

“We observe what we can see and we don’t go by allegations.

"We look at the total picture of preparedness and as we discussed in the context of (electoral commission ICT manager Chris) Mr Msando’s death and the responsibility of those who organize these elections as well as the rights of Kenyans to vote peacefully,”.

"There is a role for the security services to make sure that in areas where it may not be safe that they provide security.

"But of course overbearing or deploying more personnel than is necessary could intimidate people.

"It is a thin line but an important one and we are talking to security forces to ensure they achieve this balance,” Schaake said.

Schaake further called on politicians and individual Kenyans to take personal responsibility and avoid incitement as well as engaging in acts of violence, adding that “people also need to appreciate that they may have to accept losing and gracefully congratulate their opponents”.

“It is a normal part of democracy,” she said.

She also urged the government to ensure that killers of IEBC ICT Manager Chris Msando are brought to book.

“I have called for independent investigations, which I think is important.
"I think that justice needs to run its course and that there is accountability for this heinous crime.
"I believe that despite the shocking effect that it had, particularly on his immediate colleagues, those he left behind are working round the clock to meet all the preparations,” the observer said.

She added: “Some Kenyans, unfortunately, expect people working at the IEBC to be some sort of super humans but they are normal.”

This Heavy PRESENCE of Police is ONLY Aimed in NASA Strongholds: Meant to Aggress, Scare, and Scatter those Out to MASSIVELY Vote for RAILA. Stupid UhuRuto!!!

@Guest1, unless Raila supporters are criminals or illegal aliens afraid of being arrested, they have nothing to fear or scared about. The level of security at each polling stations depends on the level of security threat or disturbance expected at that station. Based on 2007/08 PEV and threats during the concluded campaign period, Raila's strongholds have demonstrated a greater level of violence and thuggery than elsewhere in the country. Thence, common sense dictates that those areas must have a higher level of police presence than in Mt Kenya region, for instance. The same applies to North Eastern and parts of the Coast plagued by the menace of Al Shabaab aided by their evil brethren the so called Kenyan Somalis and Arab Muslims. These areas need a heavy presence of security forces - police, GSU and KDF. Our Government must use the level of security forces that is necessary to deter any potential threats. No election observer, foreign or domestic, White or Black, should dictate to the government the level of security needed to maintain peace and stability in our country. If Raila thugs and illegal aliens are scared, so be it!!!

To all NASA supporters,…

Between today and Monday, you’ll see a special team from the military in your county, town, village with Kisumu and Migori on the highest rank.

Kindly, to beat Jubilee in their own game, don’t trigger them. Let them play their role of standing along the streets. Their main aim is to appear, being jittery, you’ll insult them, shout at them, or if they find you in groups, grouping for your own discussions, they want to change that into war, that will allow the national government to mark your county as insecure, deploy more forces, reduce voter turnout that works to their advantage.

We can beat them in their own play. It’s this easy, they wear green mask, you can easily identify them from our normal policemen. They are armed with all sorts of weapons and their ground disperse will be at Embakasi Barracks, as we speak, those traveling for the job have been given the weapons.

On voting day, vote very early in the morning, instead of remaining at the station, which they might use to cause chaos, run back to your clan and village, mobilize those who have not voted to go and vote.

If you want to view the counting process, resume in the evening because counting will be done in public view and agents will represent and report any upcoming.

Be confident, rigging cannot happen, the kit they have is at Embakasi Barracks, they have been looking for someone to hack it and till today, they haven’t found one. The NASA “cloud” tallying centre is equipped with the world best IT personnel who will monitor the system on the D-Day.

Jamming will occur in any case they try hacking the system and they will easily assist IEBC on numbers being transmitted if they are their numbers or someone is feeding numbers.

They are afraid already, the only tactic remaining is to instill fear on you to avoid voting, NASA HAO on their own agenda.

On 8/8 Let Your VOTE count.
VOTE RAILA ODINGA for a better Kenya.

Ken juu. Why too much; too many Police in Raila's Strongholds ONLY? You go figure.

Dear Madam. I know you mean well but I must ask you a question or two. Having toured your country severally (and even recently) I am surprised that you are surprised by a greater presence of police at this time. Netherlands might not be having elections now but the great number of police scattered around your cities is highly noticeable due to terrorist attacks. Kenya is guarding against both terrorists attacks (several have happened as recent as last week) and local political violence threats (which have unfortunately been a hallmark of our elections). I therefore, and most respectfully must request you, to get off your fucking high horse!!