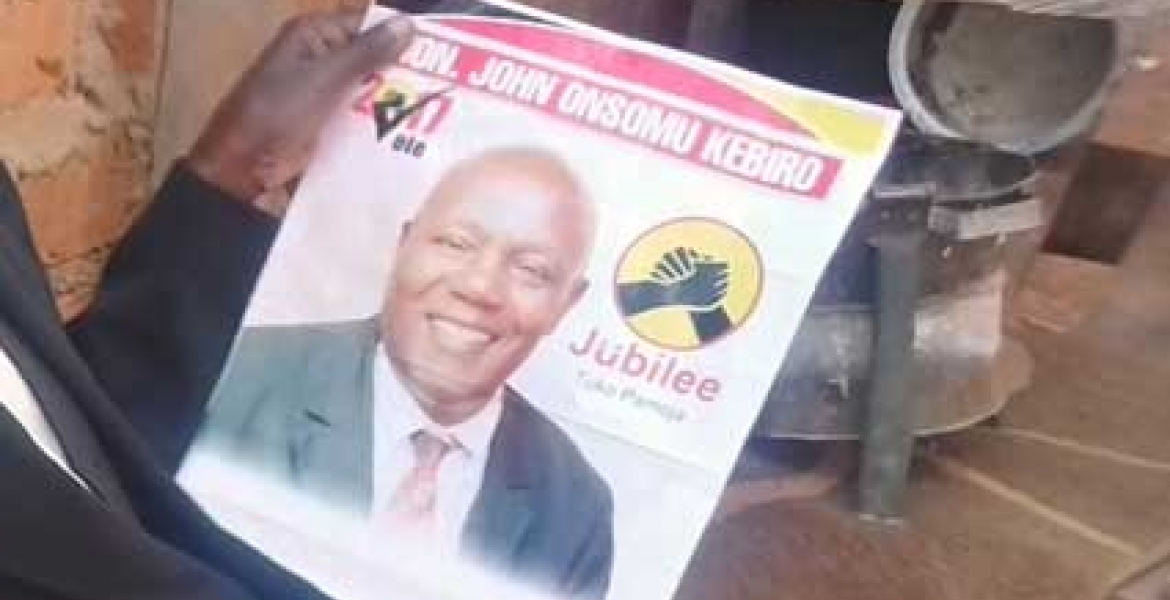 Okebiro passed away on Friday at a Kisii Hospital where he had been admitted after suffering exhaustion as a result of depleted levels of blood sugar, her sister Rose Nyanduko said in a statement.

The 72-year-old aspirant was among those considered as front-runners for the seat which has attracted 19 contestants.

Okebiro’s sister said that the politician fell ill on Thursday, shortly after attending a series of rallies in the constituency and later admitted at Ram Hospital in Kisii town. Her sister confirmed that he had been battling diabetes over a long time now.

“He had complained of being tired and he looked exhausted. We took him to hospital where he was admitted until when he passed on,” said Nyanduko.

Okebiro clinched President Uhuru Kenyatta’s Jubilee Party ticket after a grueling duel with seven other contenders. He becomes the second Jubilee candidate from Gusii region to pass on in a span of less than three weeks.

Kitutu Chache Parliamentary candidate on a Jubilee ticket Leonard Mwamba, died few weeks ago in a road crash along the Kisii-Oyugis Road, prompting the Independent Electoral and Boundaries Commission (IEBC) to postpone election for the seat from August 8th to a further date, yet to be disclosed.

Okebiro’s death will also mean that the electoral commission will be forced to postpone the voting of MCA seat in Bogichora to a later date.

may he rest in peace,