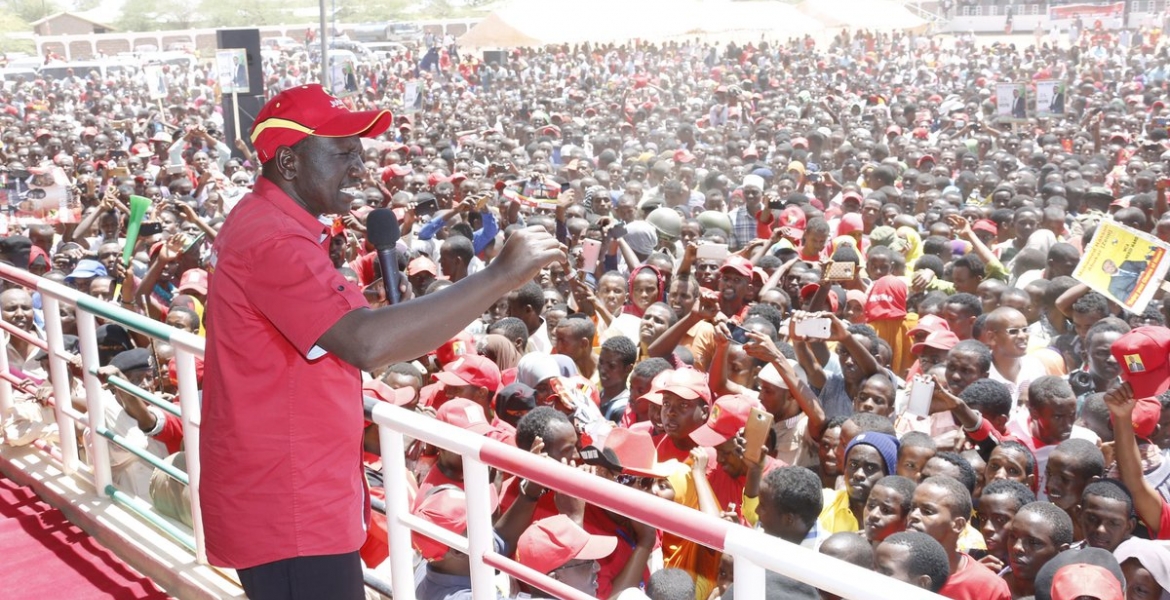 Deputy President William Ruto has urged the Luhya nation to vote for Jubilee in the upcoming elections with a promise to pick Water Cabinet Secretary Eugene Wamalwa as his running mate in the 2022 general elections.

Speaking in Bungoma County where he took President Uhuru’s re-election campaign on Monday, the Jubilee Party deputy leader told the Western region Community that their chance of having one of their son clinch power in the future was by supporting Jubilee, pledging to name Wamalwa as his running mate in the 2022 presidential contest.

“My friends, I ask you to support us as we are in this together. You have a realistic chance of winning. I will pick Eugene as my running mate and when I complete my term, I will support him to ascend to the top seat,” the Deputy President said.

Ruto said that it will be an uphill task for opposition National Super Alliance (NASA) to win in the August 8 polls because they lacked a plan for the country and urged Bungoma residents not to vote on the losing side.

“No one votes with the intention of losing. This is why you should vote for Jubilee as it is destined to win the next election because of its clear vision and agenda for this country,” said Ruto.

The Deputy President poked holes at the NASA presidential candidate Raila Odinga development record, adding that the former Prime Minister has nothing to show, despite being in power for over three decades.

What an arrogant man!

Too early to name your running mate Mr. Ruto. Between now and 2022 too many things will happen

It feels good to be when you cast your vote on the winning side. Jubelee has a better chance. They're talking issues while nasa is complaining.

Why do you think he is an arrogant Man? At least he has ambition and that msema kweli, is what Kenya needs..people that lead with tenacity and have drive.

Mr deputy president please give us a break. 2022 is thousands of lives away from us. We we don't can't tell what will happen even in the next minute but are so proud discussing 5years away. I have a feeling soon ke nyans will have lost taste of your candidacy.

It doesn't matter what DP says today, he's clearing and cleaning up for 2022. Big up Rutto hard work pays. Do good and add points to be redeemed when that time comes. Cheers