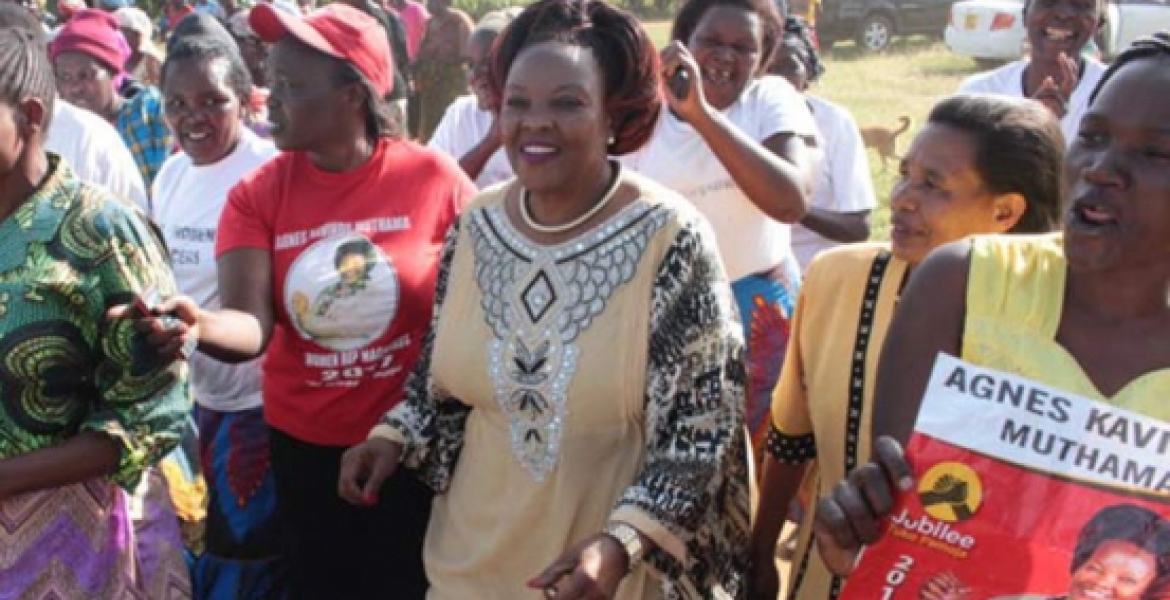 Machakos senator Johnstone Muthama’s estranged wife Agnes Kavindu claims that her life is in danger and has asked the government to provide her with bodyguards and enough security during her campaign trail.

The Jubilee Party candidate for Machakos Woman Representative seat told journalists that several vehicles have been trailing her during her campaign rallies as well as during her normal businesses, dropping threatening leaflets.

"For the past three days there are vehicles which have been trailing me everywhere I go. I would like police to get to the bottom of the matter by investigating owners of these vehicles and the motive behind their actions," she said.

Kavindu said that she has evidence of the registration numbers of the cars that have been following her, adding that she was now fearing for her life.

"I have already reported this matter to Katangi Police Post and want police to conduct speedy investigations," Kavindu said.

She added: "I do not understand why anyone would want to trail me with intent to interrupt my campaigns because I have no problem, even with my opponents. I call upon Machakos residents not to be used by politicians to engage in lawlessness."

She further claimed that her campaign managers and supporters have also been receiving strange calls from unknown numbers.

"Strangers have also been calling my people, asking where I will hold my campaign rallies and that information too is with the police," she said.