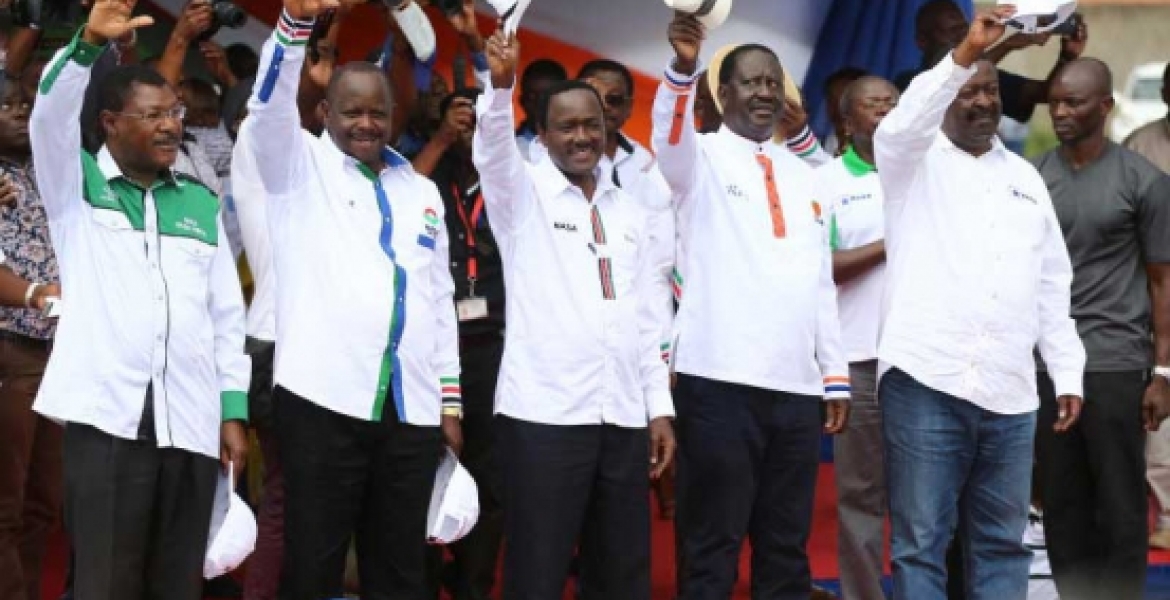 The opposition coalition National Super Alliance ( NASA) on Sunday invaded Jubilee stronghold of Nakuru County as they kick started their dream to occupy the state house after the August 8 general polls.

The opposition outfit was quick to take advantage of the current high food prices and high cost of living in the country to attack the ruling Jubilee party accusing it of failing to stabilize the country’s economy.

NASA Presidential flag bearer, Musyoka announced an "Unga Revolution", promising Kenyans that NASA would send Jubilee home as it has failed to keep the promise they made to Kenyans.

Bomet Governor Isaac Ruto, who hosted fellow NASA principals, accused the Jubilee government of hiking food prices and creating an imaginary shortage in order to raise money for their campaigns. “They lied to us they are going to get us ugali from Mexico, and after one day they said it had arrived. Is Mexico Kisii or Naivasha?” he asked.

“Give us ugali and eat your meat. Give us flour and we shall make porridge with it. Keep eating your meat, but we are coming for it on August 8,” he added.

Bungoma Senator, Moses Wetangula accused the government of committing economic crime on its citizen , adding that they did not deserve to be in power. “This is the first time since 1963 that the price of milk has exceeded that of petrol. They buy milk at Sh30 and sell it to Kenyans at Sh80,” he said.