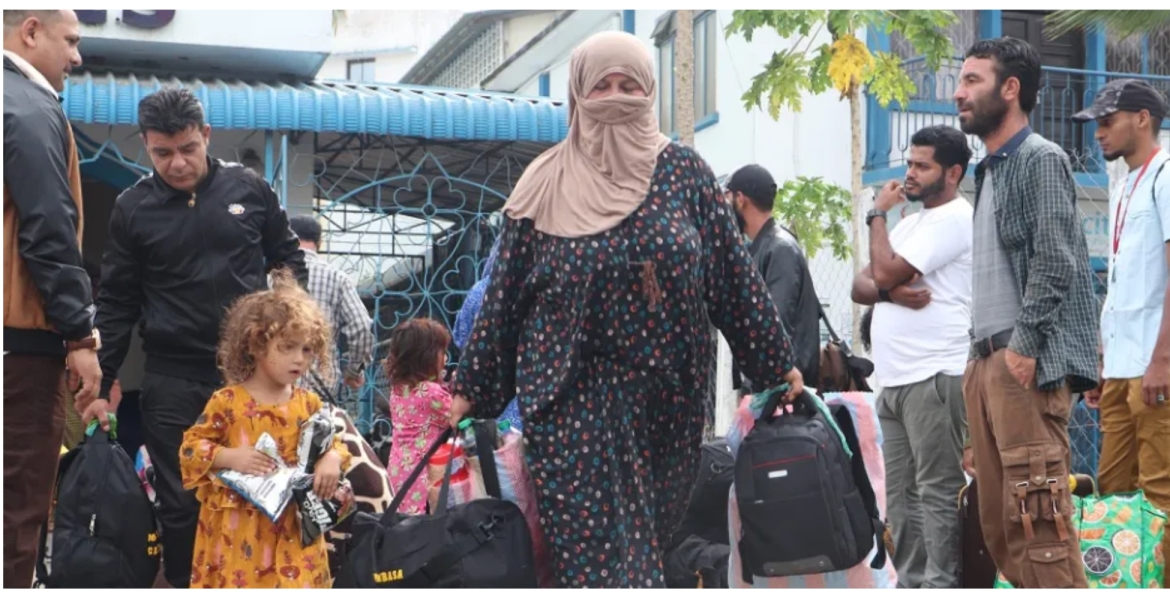 Kenyan authorities are set to deport at least 40 Jordanian nationals who were arrested in Mombasa early this week.

The foreigners were arrested on Monday after they were found begging in the streets of the coastal city, having arrived in the country as tourists on diverse dates in April this year.

The foreigners, including 19 adults and 21 children had valid tourist visas and were spotted begging in Old Town and Mackinnon Market area to raise funds to travel to Eastleigh in Nairobi.

“They were staying in various hotels within, but later they were found begging within the streets of Mombasa, which means they were flouting the Visa rules,” said Mvita sub-county Police Commander Maxwell Agoro.

“After their arrests, they were taken to Coast Regional Police Headquarters for interrogation and handed over to the Regional Directorate of Criminal Investigation.”

It is suspected that it was a case of human trafficking because the Jordanians came to the country on one-way tickets.

Well, Kenya is a well known route for Human and drugs trafficking.
As along as you have have money you get anything in Kenya. Corruption at its best.

Well, Kenya is a well known route for Human and drugs trafficking.
As along as you have have money you get anything in Kenya. Corruption at its best.

Where or what kind of work were they coming to do here including grown men do they not have mjengo in Jordan.If they were en route to a third country how dare they expect those poor folk in Mombasa to finance their trip.Direct their flight to Saudi they would fit in just right with those animals mistreating Africans offering demonic house managing jobs

I wonder if they came on a vessel and disembarked at the port of Mombasa.That would explain why they are so far from Eistleigh the final destination.And someone has raid avery good question"what kind of work where they going to do?"Yes sounds human trafficking.

What were they coming to do in Kenya in the first place? Now Arabs are flooding Kenya after the Chinese? Africa better be careful, the scramble for it is coming. Version 3.0

Porous borders, corruption, nepotism. Kenyans moving out in droves others coming in. That trillion shilling budget who raises it. Nani aliwaambia Kenya ni maskini? They see. They know it's easy to relocate in Kenya illegally and make it big without too many restrictions- you don't even have to speak the national language. Look at Somalis and Ethiopians