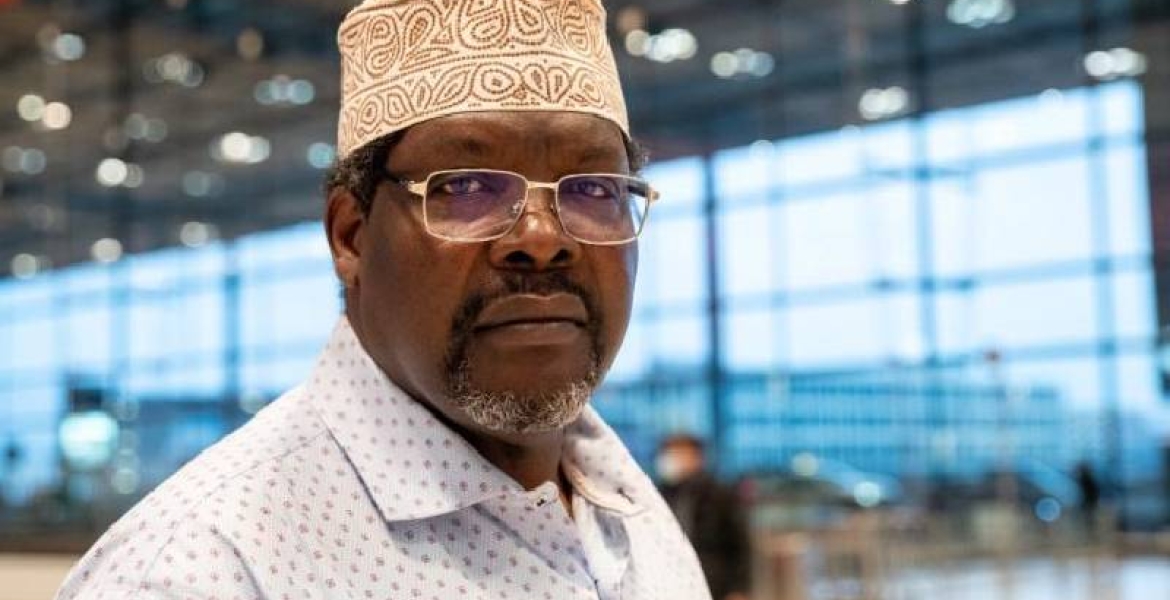 Lawyer Miguna Miguna insists the government must obey a court order to issue him with an emergency travel document.

In a letter to Miguna’s attorney Nelson Havi, Solicitor General Kennedy Ogeto said Kenyan immigration officials in Canada and Germany have been directed to furnish the fiery political activist with a travel certificate once he fills the requisite forms.

But through Twitter on Tuesday, Miguna accused the government of trying to lure him into completing forms in order to regain his citizenship, which he maintains he never lost.

“What Fred Matiang’i and Karanja Kibicho, Ken Ogeto, and Co. want me to do is “fill forms to regain citizenship,” which I never lost. Those shouting about “fill forms” are either genuinely ignorant or maliciously driven. Court orders must be obeyed. period,” Miguna stated.

Last week, Justice Hedwig Ong’udi directed Miguna to obtain a one-way emergency travel certificate from the Kenyan High Commission in Ottawa, Canada, or the mission in Berlin to facilitate his travel to Kenya.

“Once he is in possession of the travel documents and presentation of the same to Air France, the airline is directed to allow him to board the next immediate flight to Nairobi,” ordered the judge.

The judge further directed the government to allow Miguna entry into the country once he fulfills the stated requirements. Justice Ong’udi also directed Miguna to apply for his passport upon arrival in the country and directed the immigration department to issue the passport within seven days.

Miguna, who was illegally deported to Canada in 2018, has accused officials at the Kenyan embassy in Berlin of disobeying the order by Justice Ong’udi.

He is currently stuck in Germany after he was barred from boarding a flight to Nairobi over a red alert allegedly issued by the Kenyan government.

There is a petition asking government to allow all Kenyans by birth automatic citizenship.

Useless petition. Kenyans already allows citizenship by birth. You only lost this birthright if you acquired a citizenship of another country while the old constitution (before 2010) was still in effect. In this case you’ll have to reapply to regain your kenyan citizen. What part of this is hard to understand baffles me.

"..Miguna, who was illegally deported..". No, he was not illegally deported. It is already known that he lost his Kenyan citizenship as soon as he accepted the Canadian one! He is aware he likely, illegally acquired a passport prior to all this BS he brought to himself. The late Kajwang was dishing passports out to buddies and foreigners at will, so that is how Miguna x2 likely acquired his...he knows if all of this is dug up, will be more trouble for him that is why he is trying to muddy the gova up first, before all this trash of his is dug up...chill bro Miguna..accept what is provided or you stay a Canadian citizen, visit Kenya with a visa like all Canadians do.

Seeking attention.
Ignore him and he might get tired and go away.
He is a total idiot.

There is no way Miguna will avoid a form whichever way we look at it.

Miguna is one heck of a shrewd lawyer. He knows if they honor the court order will be an admission of wrong doing and that gives him reasons to sue under tort law. Fight them Miguna and know that your cause regarding loss of citizenship will help many of us in the diaspora.

Who are you fooling Kibe? Miguna has no ‘cause’ his woes are tied to the old constitution prior to 2010 amendments that we all abide with. I lost my Kenyan citizenship too when I applied for and got the Canadian one. I had to reapply to regain my Kenyan citizenship. Same way Miguna is being advised to do, unless he wants to be treated in a special way! Advise your hero to just fill the damn forms and get his travel docs asap, otherwise you are all playing hogwash for 50 cts sympathy and we are all tired of this cheap political expediency and rhetoric! Stop wasting Kenyans time!!!!

Here is A level headed thinker who is trying hard to advise a Lone Ranger Miguna Miguna! Maybe he need to take a hammer and drive his massage into Miguna’s head! Miguna is a baboon that no one can help! His head is made of concrete of empty arrogance and useless pride! Ni ujinga tupu!!

@kibe - Miguna Miguna is fighting stupid wars with the government! He knows the facts about his kenya citizen ship status! Unless he is really stupid, he really knows what he needs to do! It’s hard to explain facts to a know-it fool!

A court order should be obeyed if it is issued by a competent court.

No one should obey ‘illegal’ court orders! As others posted here, the courts are disobeying the constitution in effect before 2010.

Thus guy is a Pain in the Butt seriously

I have no mercy for Miguna Miguna! He shouldn’t be allowed in kenya! Let him take his arrogance back to Canada! Kenyans are very tired if his childish nonsense!

I personally had to do the form to regain my Kenyan Citizenship. I do not know what the fuss is all about. Let Miguna Miguna just follow the Law unless all he wants is attention.