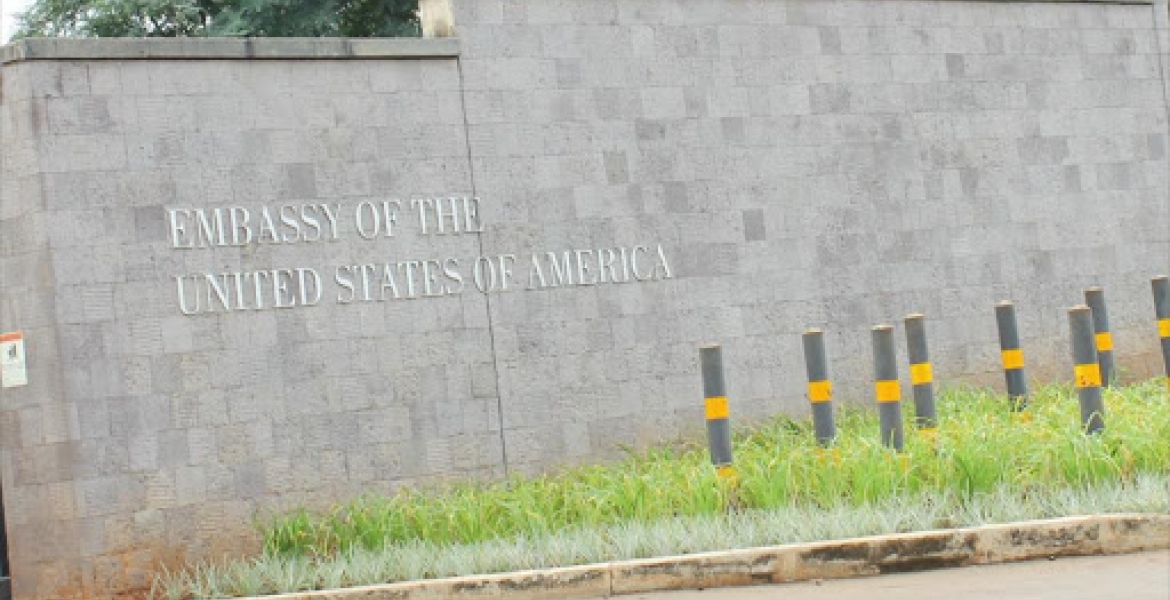 The United States Embassy in Nairobi announced the cancellation of visa appointments for Wednesday, March 4th, 2020.

This is the third day in a row the embassy stopped services within the consular department after similar cancelations on Monday and Tuesday citing damaged systems.

In a statement posted on its official Twitter page on Wednesday, the US embassy said the canceled appointments will be rescheduled to a later date.

“All consular appointments for March 4, 2020, are canceled and will be rescheduled,” the embassy said.

“Technicians are continuing to work around the clock to repair damaged consular systems to ensure all visa, passport, and American citizen services can be processed fully without further inconvenience and delays for our customers.”

The embassy explained that the damage to consular systems was as a result of “power surge and outage.”

In a statement, Kenya Power said the power outage at the US embassy was caused by a faulty power cable and not a blackout.

Affected passport and visa applicants have been advised to call the visa call center using the number 020 764 0121.

Corona virus scare. They know something we don't just like the warnings they give.