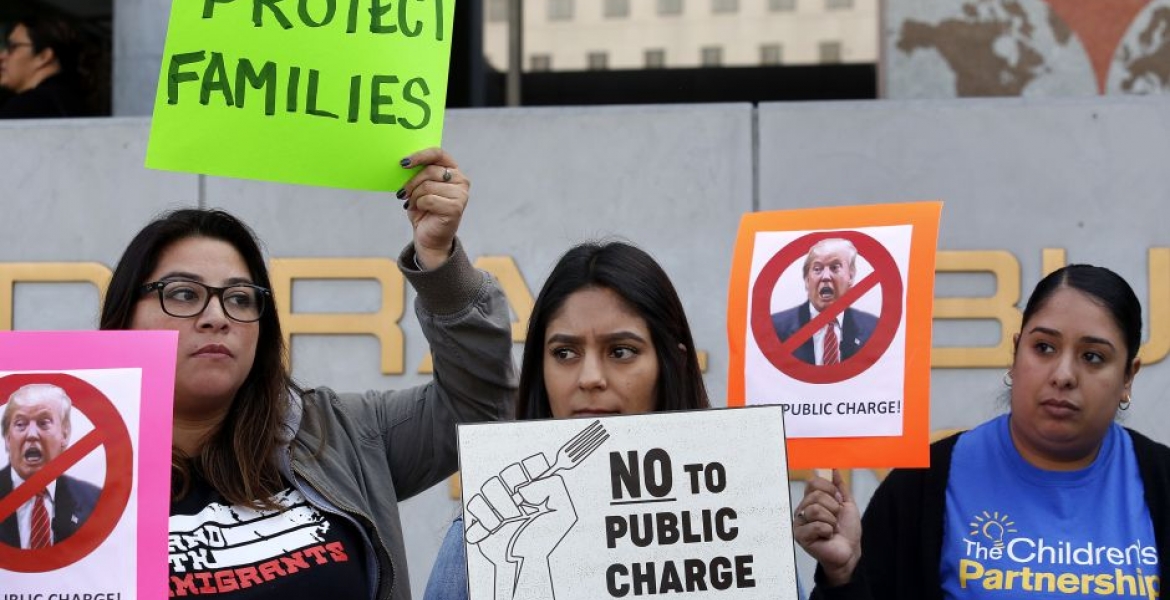 The US Department of Homeland Security (DHS) on Monday implemented the public charge rule nationwide.

The following classes of immigrants are exempt from the rule:

Medicaid benefits received for the following reasons will also not be a disqualified based on the rule:

The Trump administration unveiled the rule last year in what the administration said was to ease the burden on US taxpayers and to make sure immigrants being admitted to the country are self-reliant.

“President Trump continues to deliver on his promise to the American people to enforce our nation’s immigration laws. After several judicial victories, DHS will finally begin implementing the Inadmissibility on Public Charge Grounds final rule,” said Ken Cuccinelli, the acting deputy secretary of the Department of Homeland Security.

“This rule enforces longstanding law requiring aliens to be self-sufficient, reaffirming the American ideals of hard work, perseverance and determination. It also offers clarity and expectations to aliens considering a life in the United States and will help protect our public benefit programs,” added  Cuccinelli.

Immigration advocates have called the rule a “wealth test” and say it discriminates against immigrants from poor regions of the world. They had filed several cases had been filed in federal courts, blocking the policy from taking effect last year. The Trump administration appealed a lower federal court ruling that prevented the rule from being implemented, and on Friday the US Supreme Court ruled 5-4 in favor of the rule going into effect nationwide on Monday.

OMG! This, in addition to the travel ban that went into effect on last Friday, as discussed in this article: https://mydvprogram.com/effects-of-presidential-proclamation-on-dv-lott…