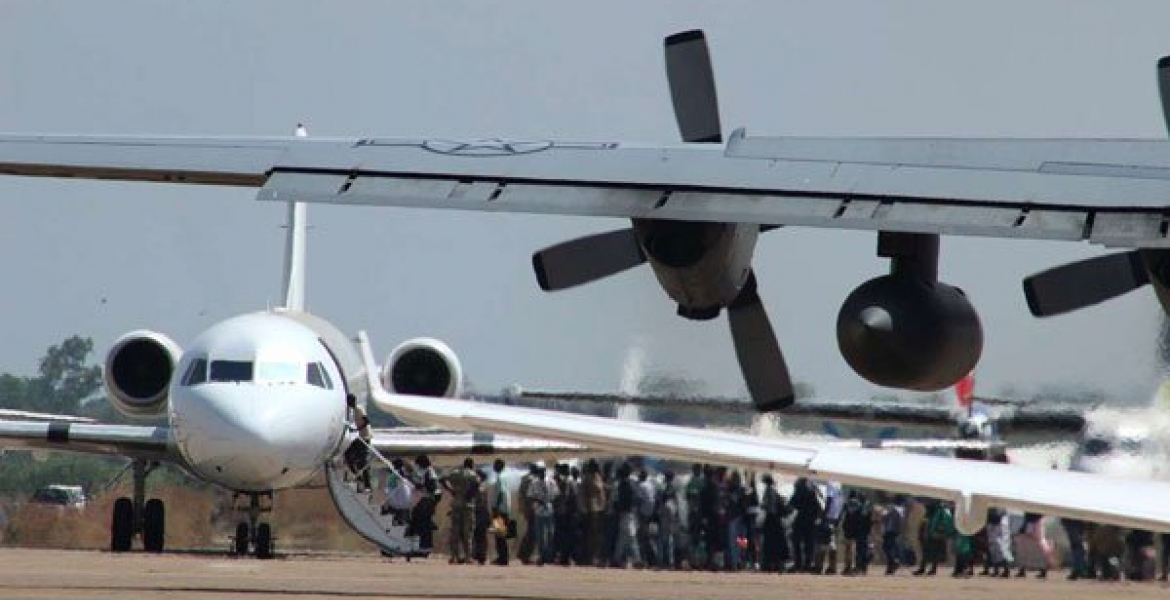 16 Kenyans are among 20 foreigners who have been expelled from South Sudan.

South Sudan authorities reportedly ordered their deportation after the company they were working for failed to resolve a pay dispute over salaries and arrears of guards, according to The East African.

The 16 Kenyans and four British nationals, who were working for a private security company known as Insight Security, were given 72 hours to exit the country by the Interior Ministry.

“There are 16 Kenyan nationals who have been given 72 hours to pay all dues which they owe the government, and also pay our people their pensions…then leave the country,” Thiik Thiik Mayardit, the Juba deputy mayor said.

Insight Security was shut down last week over allegations of workers’ exploitation and failure to meet tax obligations.

Two of the company’s senior managers were briefly detained in Juba last Wednesday before being released.

Two months ago, guards at Insight Security went on strike after the company allegedly failed to pay them in US dollars.

At the time, Deputy Mayor of the City Council issued a seven-day ultimatum to the company to pay the workers or face closure.

South Sudanese officials claimed the locals were paid salaries lower than the US dollar amounts stipulated in their contracts. However, the contract also stated that wages would be paid using the official rate of the Bank of South Sudan, meaning the guards were to be paid in the local currency.