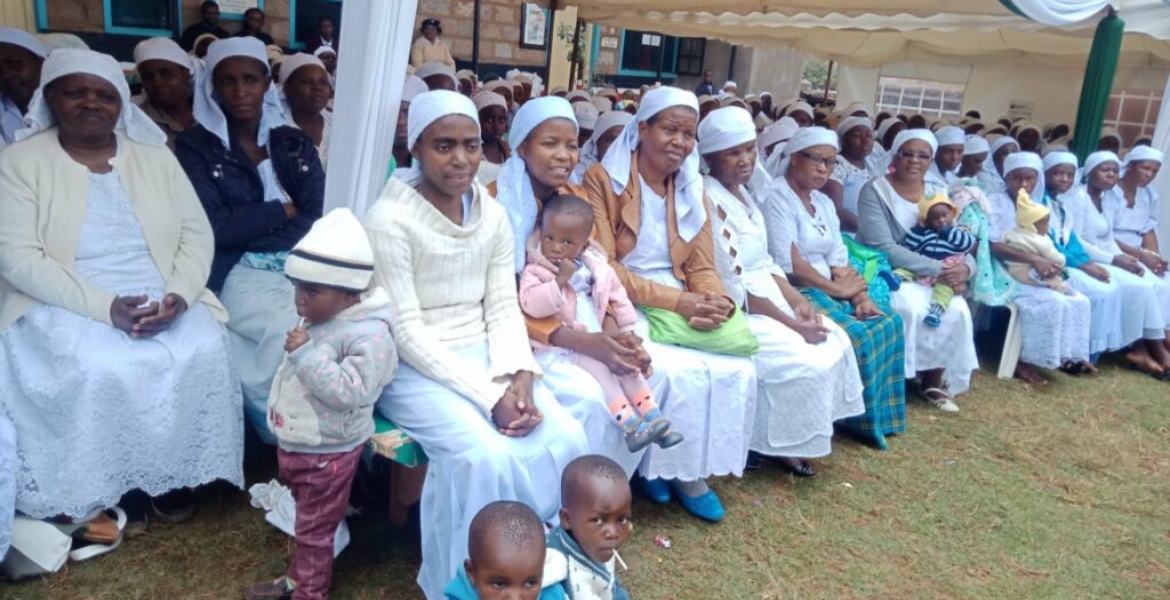 The Shona community living in Kenya has finally realized its dream of recognition following the government’s decision to issue its members with identification documents.

This week, the government began issuing birth certificates to 4,000 members of the Shona community who have lived in the country for decades without recognition.

The Shonas, whose forefathers originated from the Southern African region, have lived in Kenya without legal documents for years, denying them access to basic rights such as education.

The Shonas came to Kenya from Zimbabwe, Zambia, Malawi, Botswana and Malawi in the 1960s as missionaries and settled in the Central part of the country. Lack of legal documents has rendered the about 4,000 of their descendants currently living in Kenya stateless.

One of them, Oliver Muregerera, said he cannot go back to Zimbabwe, where his parents originated from. “We cannot go back home since like me there is nothing I know about Zimbabwe.”

Most of their children have been forced to drop out of school while their parents have ended up as casual laborers with meager earnings as they cannot secure employment without proper documents.

Ishmael Mkonyo said he has been arrested several times over lack of an identification document.

“I grew up here and I now have seven children all born in Kenya. Our biggest problem, however, is documentation. I have, for example, been arrested several times due to lack of any form of identification.”

“I am very happy because this has been one of our major problems. Our children have been sent away from school due to lack of birth certificates.”

The campaign to end their statelessness began in 2016 and was spearheaded by United Nations refugee agency UNHCR and rights group Kenya Human Rights Commission (KHRC).

Kenya is full of stateless people. The Kenyan government discriminates marginalized communities by refusing to issue them identification cards and birth certificates.

That’s why it is always shocking to see some of these politicians saying the support Africa unity yet they refuse to recognize the Africans in Kenya.

Do they speak Shona in Kenya,or the language eroded with time?
What is interesting is that they came to Kenya as missionaries.

Do they speak Shona in Kenya,or the language eroded with time?
What is interesting is that they came to Kenya as missionaries.
Where are the men ?

Yes they speak Shona still and rarely intermarry unless you join their church. Their men would have been sitting in a separate area. Very conservative group.

This is news to me. Shonas in Kenya? The Somalis came in 1990s as refugees and most have Kenyan birth certificates, passports, IDs and now huduma numbers.

I won’t be surprised if some of them are Kamau’s Masquerading as Shona just to get land. Remember the IDPs Saga ??

This is ok. But why must a foreigner claim credit for anything done in an African country. Why can't the so called human rights advocate the same rights for the "so called blacks" in western countries. Does the UNHCR, become global or when dealing with African nations?. How many have been granted citizenship due to their efforts in the past in the western nations? Or it's not possible to advocate for such in western nations because specific laws have to be followed in those nations for one to become a citizen. Where is their track record? Or do they deal with human rights only in African nations? How about advocating for "the so called blacks" homelessness in western nations. That is a human right. How about advocating for language rights in Africa, that is a human right. Just a thought!!!

Wacha wapewe, wacha wapewe jamani.These people have suffered enough! And I pray and trust that its is not a political stunt and that whoever is mandated to complete this process will do it for them to the end ROHO SAFI! I came accross this story a couple of years ago and it was very shocking and sad. These men and women who consider Kenya their home have gone through untold suffering and worse even in the hands of police. Their girls and women have even been raped with nowhere to report. They are not eligible to work and when they do their conditions are akin to slavery. And after they earn whatever little they get, Police harass them and demand it ama watupwe korokoroni. Uhuni gani huu jamani, ni laana gani watu hujitafutia kweli. Na utapata wakenya wanapitia mateso maajabu maajabu ulaya, wanalilia ulimwengu, kumbe wanabeba laana sio zao. Wacha wapewe, they have suffered enough kwa mikono ya serikali ya Kenya.

Came as missionaries now work as casual laborers something does not sound right.Central Kenya where exactly.Yet another group campaigning for recognition please deal with authentic Kenyans first there are 42 tribes and all we hear about are just 5

I grew up in Kiambu and this community can be found in Kinoo, Uthiru, Limuru, Muguga,Lower Kabete etc. They are master carpenters and the ladies sell baskets, tablecloths etc. I have many friends from this community from my primary school days. They go to church on Saturdays and their one church is near KNH. I am quite happy for them.