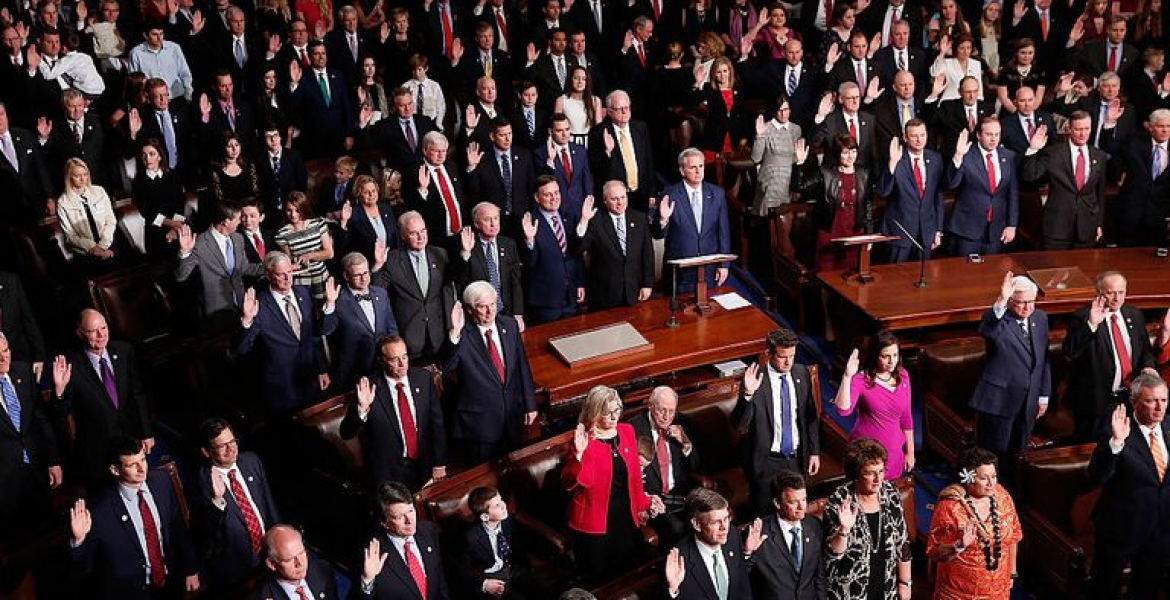 The US House of Representatives is on Tuesday expected to pass an immigration bill that seeks to offer permanent protections and pathway to citizenship at least two million of immigrants living in the United States.

The bill, titled ‘American Dream and Promise Act of 2019’ (H.R.6), seeks to offer permanent protection from deportation and eventual citizenship to an estimated 2.5 million immigrants brought into the US as children - currently temporarily protected under the Deferred Action for Childhood Arrivals (DACA) program, as well those living in the country. under the Temporary Protected Status (TPS) and Deferred Enforced (DED) programs.

The DACA program was launched by the Obama administration and protects immigrants brought into the US as children from deportation, and also offers them work permits.
The TPS program gives temporary status to nationals who cannot safely return to their home countries due to armed conflict, natural disasters, or “other extraordinary and temporary conditions”. Nationalities of these ten countries are temporarily protected from deportation through this program: Haiti, El Salvador, Syria, Nepal, Honduras, Yemen, Somalia, Sudan, Nicaragua; and South Sudan.

The DED program on the other hand temporarily protects 4,000 Liberian nationals from deportation due to armed conflict in the country and the Ebola crisis.

American Dream and Promise Act of 2019 was initially introduced by Representative Lucille Royal-Allad of California. Despite the expected passage in the Democratic-controlled House of Representatives, the bill faces grim prospects of becoming law. The Republican-controlled US Senate has rejected similar immigration proposals in the recent past. President Donald Trump has also advocated for eliminating the DACA and TPS programs and other programs typically supported by Democrats.

As the wife of a DACA recipient who is now too old I want peace. For 17 years we have been fighting to get him legal. Give us peace and stop demanding U.S. citizens uproot their families and move to foreign places that will not accept them because of that rats nest living in the White House.