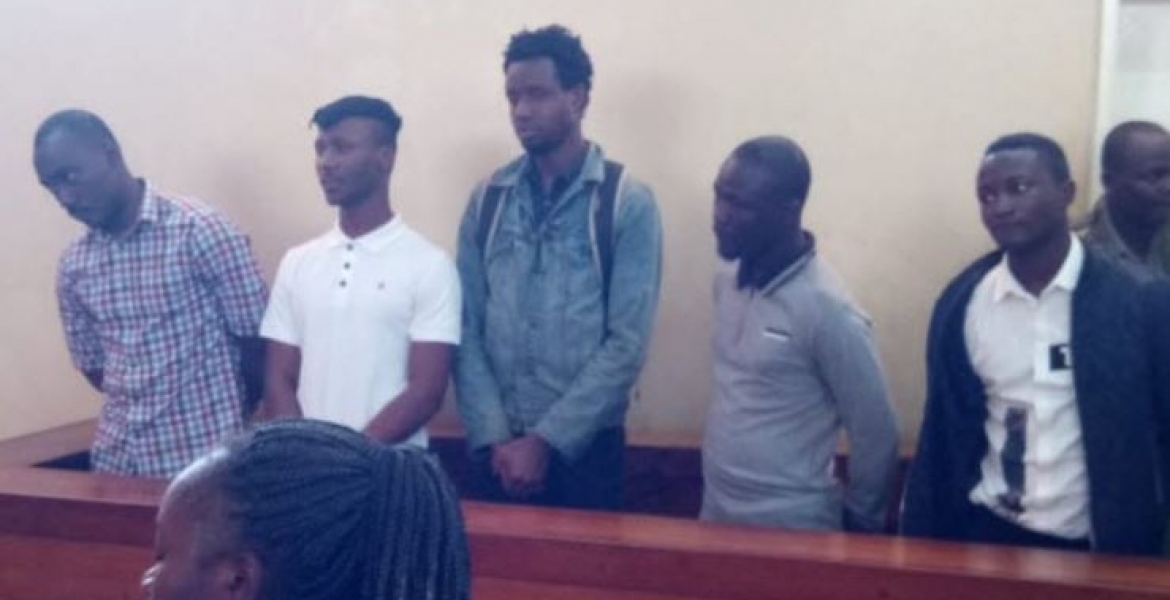 Detectives from the Directorate of Criminal Investigations (DCI) have arrested 34 illegal immigrants in Nairobi.

The DCI says the immigrants were busted dealing drugs in Nairobi's Kasarani area.

Kasarani DCIO Mwenda Meme says 33 of them are Nigerian nationals while one is from Eritrea.

Meme says the foreigners have been masquerading as students and operating businesses around the United States International University-Africa (USIU) and Kenyatta University (KU) with the intention of selling drugs.

Also arrested during the operation is the owner of a popular club located near the Thika Road Mall (TRM) for aiding the immigrants.

Reports by police indicate that the suspects have also been terrorizing city residents and have been linked to a spate of bank robberies.

The suspects have been arraigned at the Kiambu Law Courts, where they have been charged with being in the country illegally and dealing with drugs.

In 2017, 25 Nigerians were arrested in the same area without proper immigration documents.

A statement from the Immigration Department said: “Most of them stay like 5 or so in one house. Before you rent any foreigner a house, kindly ask for their valid stay documents in Kenya.”

In August 2018, 19 more Nigerians were arrested in Umoja, Kasarani and Roysambu estates over alleged involvement in an electronic fraud scheme targeting Facebook users.

It is because of our permissive,an corrupt society that criminal naija could come in-out and commit all sorts of crimes.They would not do this in et he rich oil states like Saudi,Quatar...
What is the Nigarian ambassador have to say about this.You would be hard pressed to find Kenyans in Largos committing crimes like naija do in Kenya.To deter this kind of criminal activities,Nigeria should pay for the damage done by its citizens, and then go after them once deported.

They should FedEx all of them to South African, dump them in black neighborhood then they will see how much the Zulu , xosa etc love them.
These loud talkers from Nigeria are so arrogant and rotten fakers also the everlasting hungry Ethiopians & Eritreans whenever they get loaf of bread they pretend not to be Africans ( they call themselves black Jews)

In its welcoming hospitality, hakuna matata mantra, host country to many refugees, strategic position and economic hub, Kenya has become the place to be for rank-and-file of the underworld thanks to the corruption, ineptitude, and sometimes vague and liberal laws. In my view the DCI is overwhelmed with cleaning up mess of other agencies. More resources and accountability need be in place otherwise DCI cannot be expected to be everywhere, all the time while other agencies are playing the "good cop" with the "old guards" clubs and networks.