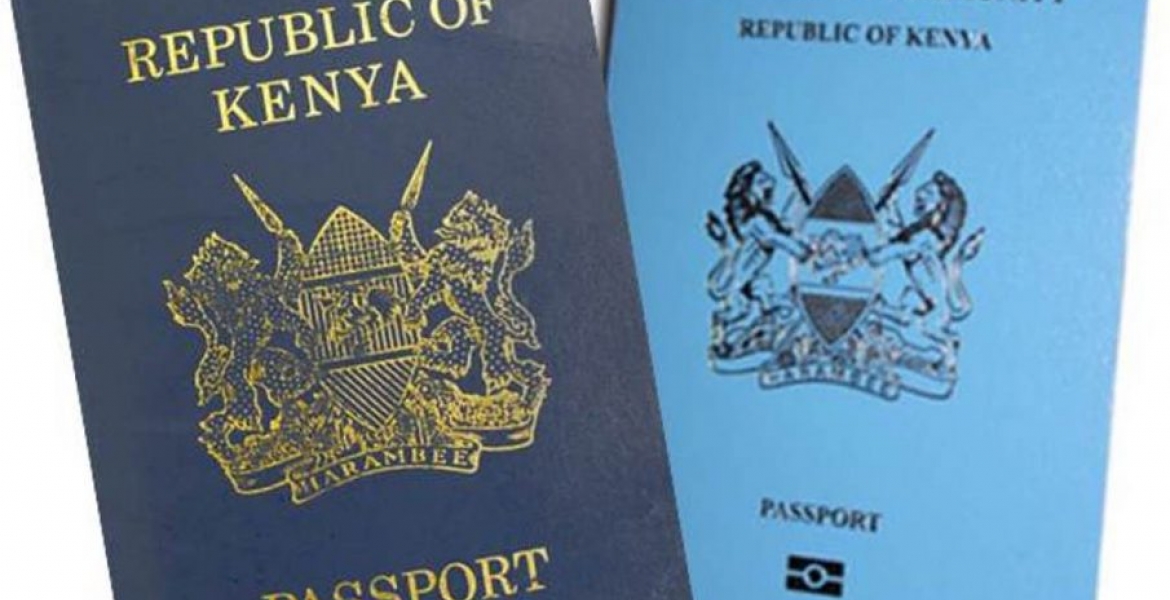 Majority of Kenyans online are questioning why one still needs a recommender and parents' ID card while applying for the e-passport, but Muteshi says: “The e-passport will be valid for 10 years and a lot can changes in 10 years, so the recommender update is necessary for every renewal. As for why those recommenders, we cannot ask you to go for a person whose credibility is not known."

Muteshi further notes that the deadline for acquiring smart passports remains August 31st, 2019, although the department is considering extending the period.

“The long queues at Nyayo House are because the deadline is fast approaching and so to hasten the process, we have deployed officers to man the queues and ensure they move fast."

"In two months, we will have an online portal where applicants can track their passport application and get to know when it’s ready for collection as opposed to coming to queue to find out the status of their application,” Muteshi says as quoted by the Daily Nation.

Using hashtag #AskImmigrationKE on Twitter, Kenyans have been questioning the logic behind some of the requirements, terming them unreasonable.

The department requires applicants to submit online application forms, three copies of the invoices, original identity card as well as a copy, old passport, and a copy, three passport size photos, a copy of a recommender’s ID card and copies of parents' ID card.

BBC Africa journalist Larry Madowo tweets: “Kenya still requires a ‘Recommender’ to get or renew a passport, in the year of our Lord 2019.”

He adds  “After I’ve applied and paid online for renewal, the only thing I should submit is the old passport. But in Kenya, you constantly have to prove that you belong, to your own government. You’re never worthy.”

“If I have the old generation passport why go through the hassle to get an e-passport like I am getting one for the first time? You need to make people’s lives easier!” another Twitter user Moreen Okuta says.

Alexander Muteshi wacha ujinga. Your comment is the dumbest defense any idiot on earth can make. If you were born in Kenya and both your parents are Kenyans. Why would a person go to a friend/neighbor to ask him/her to be a recommender. Do you know what identity theft is and how people are supposed to safeguard their confidential information.

What about if your parents are dead, do you know this government take back ID when you're death to issue death certificate,in this case they need death certificate, just asking its 2019 and such country is still backdated,shamefully that's why corruption still there,coz if I pay crazies 3k,I will get passport without summit anything to safe my time.

Yep, my niece who lost her mother as a child had to submit a death certificate. They demanded it, sad but true.

Passports renewal have to be done.
Education system has to be changed.
Police uniforms have to be changed
14 seater Matatus have to be faced out.
Wow. All these are hurried projects which will NOT make life easier for common mwananchi.

"meant to ensure compliance with international regulations". Which International regulations is this imbecile taking about? Applying for a US passport took me less than 10 mins and the requirements are less. Of course people have to come and cue painfully because of the inefficacy of your offices. You should have established the passport online portal portal prior not after the fact.

I also wondered about "international standards"! Which international standards is he talking about!? Take the USA for example(don't we like copying the USA),all you have to do is fill out the form, provide copy of birth certificate(minor), SS#, photos, include check and put in the "mail", your passport will arrive(in the mail) in less than 4wks. No queuing or toa kitu kidogo.

Some of these leaders explain how they got their jobs by the type of decisions they make. Ati international standards. What standards talk about providing your parents' IDs after one turns 18 years?

FACTS:
I was born in 1948
Obtained late registration of birth 1969
Got my first ID in 1967
Obtained first pport 1974, renewed it every 5 yrs since.
My father born 1918
Mother born 1924
Neither had b certificates
Both are deceased
Nobody alive today could vouch for my bday or otherwise
All deceased
Please let me know what info you need from me in order to get the e-passport.

Admitting you are wrong does not mean you are a fool. Means you are intelligent enough to correct info.
Mtesi, please go thru all the complaints and see what makes sense and what changes could be made without compromising the process.

Every time I happen to read such news, I get discouraged about investing and returning to my country of birth. I dearly love Kenya, but the people running the country make me weep.