KFCB Bans Gay-Themed Film 'I am Samuel' for Promoting Homosexuality 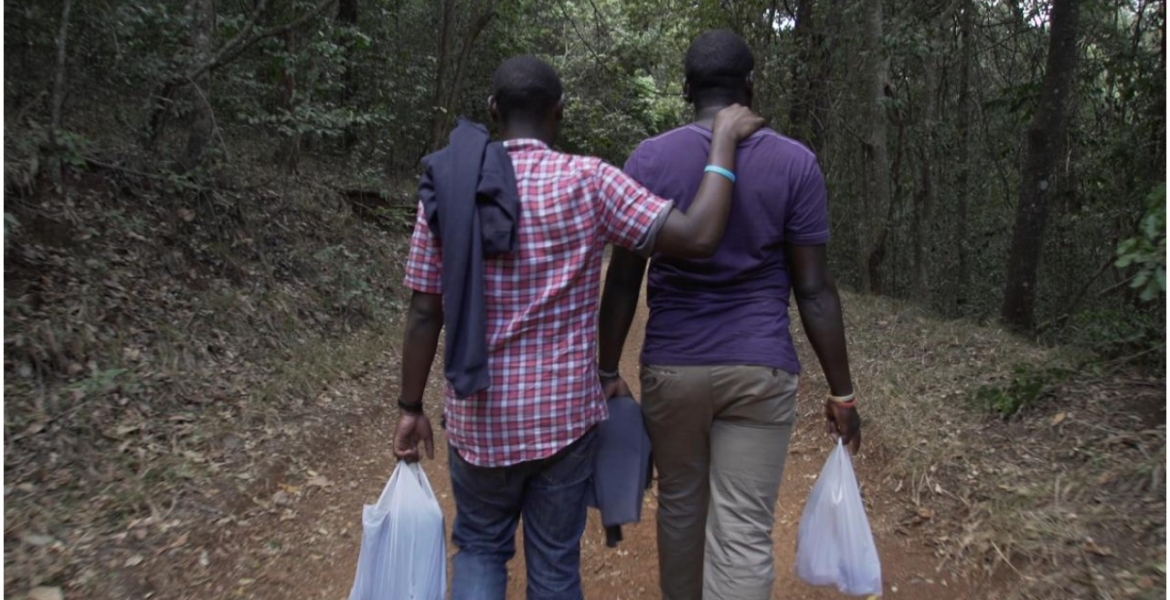 Kenya Film Classification Board (KFCB) has banned the release of a gay-themed film dubbed I am Samuel.

He further stated that the 68-minute film violates Article 165 of the Penal Code and the Films and Stage Plays Act Cap 222, which outlaw homosexuality.

“I am Samuel propagates values that are in dissonance with our constitution, culture, values, and norms and is as such unacceptable. Any attempt to exhibit, distribute, broadcast or possess the restricted film within the Republic of Kenya shall be met with the full force of the law,” Wambua said in a statement on Thursday.

I am Samuel tells the story of a young gay couple, Samuel and Alex, who are trying to live and thrive in a country where same-sex relationships are illegal.

KFCB cited foreign investment as the reason why such films are being produced in Kenya.

“The Board is aware of efforts by some producers to promote gay-themed content that propagates same-sex marriage contrary to our beliefs and norms. While the Board welcomes local and foreign support to our budding local film industry, such funding should focus on the production of content that is aligned with the laws of our country,” KFCB said.

The film, directed by Peter Murimi and produced by Toni Kamau, premiered at the 64th BFI London Film Festival in October 2020.

“The production is demeaning of Christianity as two gay men in the film purport to conduct a religious marriage invoking the name of the Father, the Son, and the Holy Spirit. On the basis of religion as a classifiable element, the Board finds the documentary not only blasphemous but also an attempt to use religion to advocate same-sex marriage,” KFCB added.

I am Samuel is not the first LGBTQ film shot in Kenya to premiere at an international film festival and later prohibited in Kenya.

Wanuri Kahiu’s Rafiki debuted at the Cannes Film Festival in France in 2019 and was later banned by KFCB.

I think whatever two consenting adults do or say behind closed doors as long as it does not infringe on the rights of others is okay. However, why does the LGBT community want us to acknowledge them? I myself like women with those huge ghetto rear ends but I do not go around forcing others to be like me.

Why waste time on non issues. Let those who want to watch it do so. Kenya has too many problems to tackle n 2 guys fucking is not one of them.

If you take the view that homosexuality is learned,then,only then can you say that agay film might promote homosexuality.And please give scientific evidence to back that position.
Iknow many will oppose me,but based on available research, there is strong evidence that homosexuals are born that way. As I always ask, given the hostile environment for gays,how could one make the choice of becoming one?
Studies tell us that,in every known human society, there has existed about 10% of homosexuals.So how can this10% make 90% of us behave like them?They are on all that influencial,and powerful...
If we are concerned about morals,folks let's not pretend that we are on a higher moral ground. Mipango ya kando is rife, prostitution is rife,incest is on the increase.Infidelity is common place.Not to mention mutilation of female genitalia is still rampant in some parts of Kenya despite it being illegal.So let's clean these vices. They do more harm to society.I cannot see any harm being gay has caused.Do you?

Christianity was forced on the African using the gun and the bible. Christianity is a foreign and western religion. It promotes the western culture, rituals and western education among the Africans.
Christian marriage itself has become a comedy with actors, man marrying man; woman marrying woman; man marrying animals and soon it will declare it's okay for a father to marry a daughter; a mother to marry a son and a man to marry anything that moves or even to marry a dead corpse. ( In Christianity and western cultures, there are no boundaries of any kind)- The moral bankruptcy of Christianity is being exposed daily.
As Africans come to this revelation and realize that this western religion, gods and cultures is not what they subscribed to , they will go back to who they are, to their cultures and seek the God of their forefathers.
There is a spiritual war in Kenya.
A war between good and evil and it will intensify as we come closer and closer to the change of season which is on the horizon where truth and SPIRITUALITY, not religion will reign supreme.
Soon, every knee shall bow and every tongue confess.- We are right at the door step of the change of season. Let us keep watching this space.

I don't think a majority of Kenyans would watch it anyway.Ban the fudge packers and dykes.