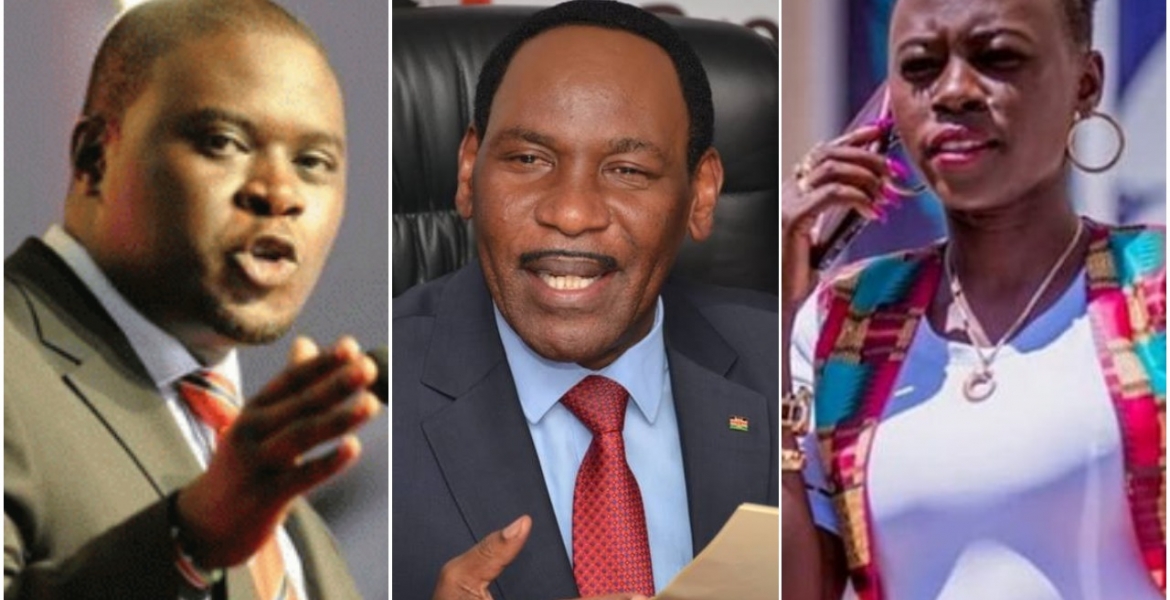 A few weeks ago, Senator Sakaja excited Kenyans on social media after he posted a creative rap video featuring his two sons.

In the video, Sakaja and his boys urged Kenyans to maintain social distance, wash their hands with water and soap, and follow other guidelines issued by the government to stem the spread of the bug.

While announcing the award through Twitter on Monday, Mutua described Sakaja’s video as the “most creative piece of art in raising awareness on Covid-19.”

On the other hand, Mutua hailed singer Esther Akoth, alias Akothee, for the positive messages she has been posting on social media.

“Esther Akoth alias Akothee takes the trophy for the most improved artist in Kenya. Her online messages and content of late are very inspiring,” noted Mutua.

Taking to Instagram, Akothee thanked mutual for the reward and promised to give the Sh50,000 to ladies who used to work in night clubs but lost their jobs after they were shut down after the Covid-19 outbreak.

“I will send it straight to those ladies who worked in night clubs and can't get anything to feed their children, most of them emailed me at their point of dead Ends,” noted Akothee.

I hope this is from his own bank account. If Mutua is using government funds, he should provide the complete list. Only in Kenya do government agencies have funds to dish out as they wish. Sakaja should decline to accept this offer, till Mutua confirms it's from his personal funds.