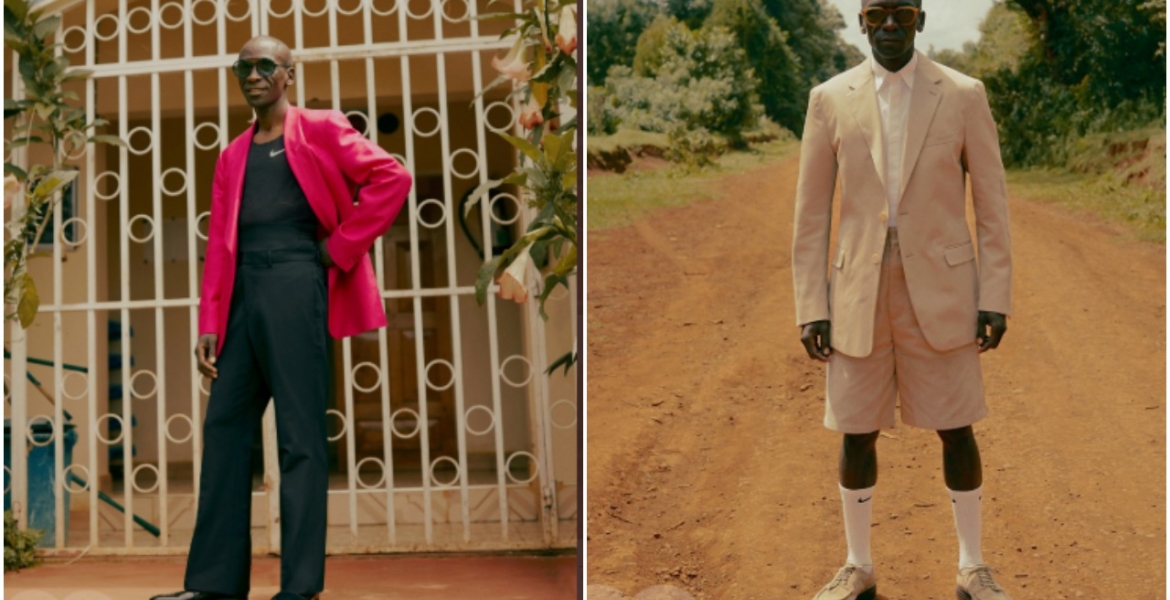 Celebrated Kenyan marathon runner Eliud Kipchoge has been featured in April’s edition of the prestigious US men’s fashion and lifestyle magazine, GQ.

Kipchoge, who made history last year after finishing a marathon in under two hours, becomes the first Kenyan to be featured on the coveted New York-based magazine.

In between the feature are photos of Kipchoge wearing different expensive designs that fashion has to offer. The photos went viral on social media on Monday, leaving Kenyans online excited.

In one of the photos taken in his rural home in Nandi County, Kipchoge is donning an ankle-long camel coat by Christian Dior. The coat has a price tag of Sh650,000 ($6,500).

A separate photo shows him wearing tan leather pants by Gucci valued at $5,200, $900 sunglasses by Jacques Mage and a summer shirt by Hermes worth $1,800. 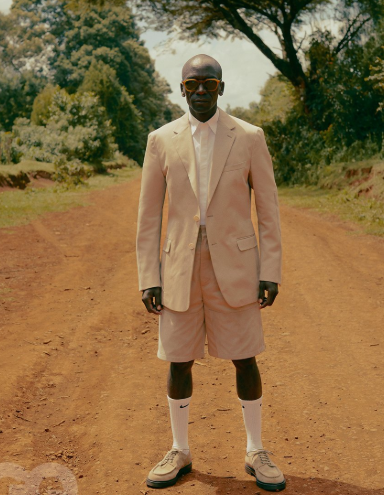 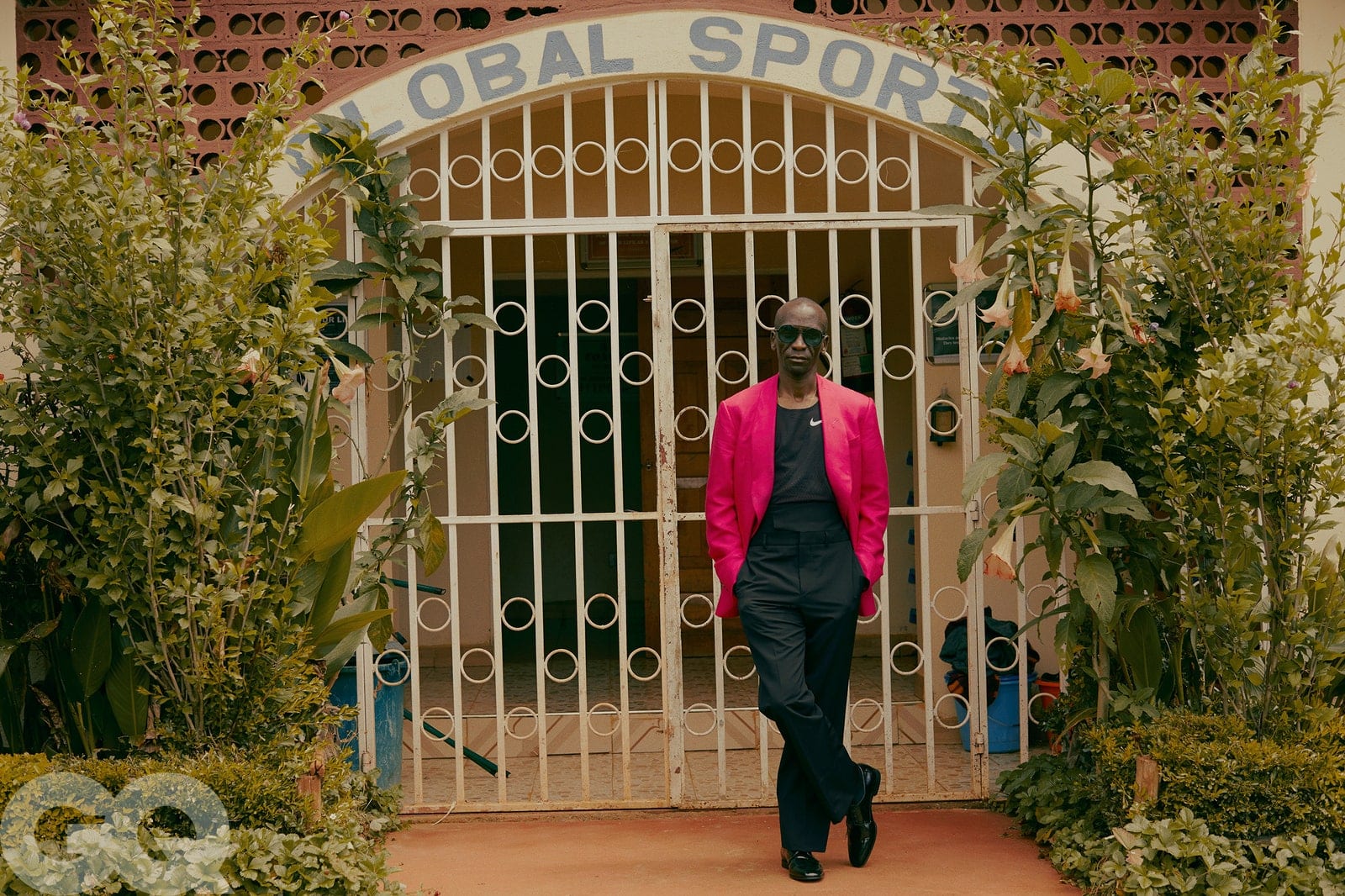 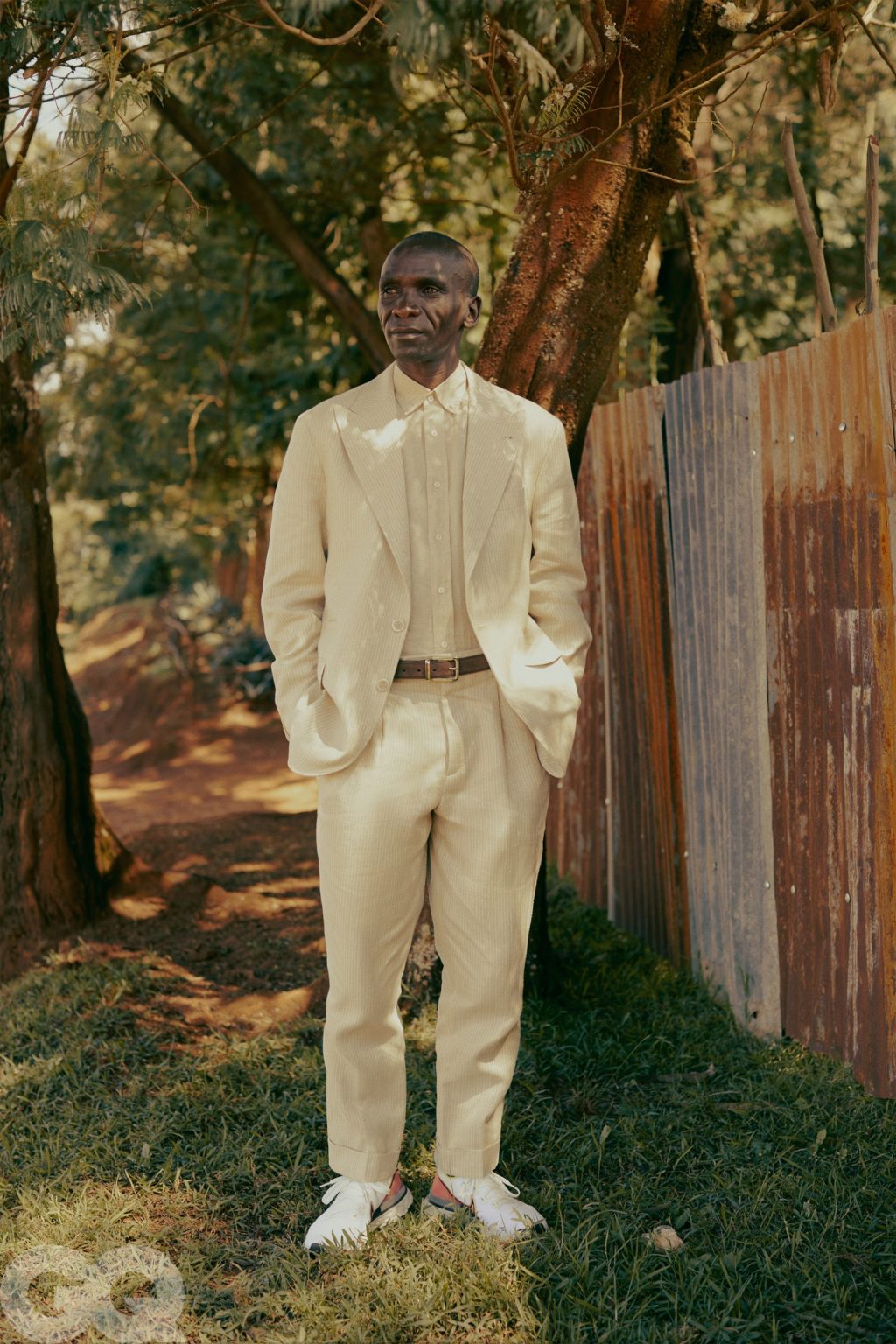 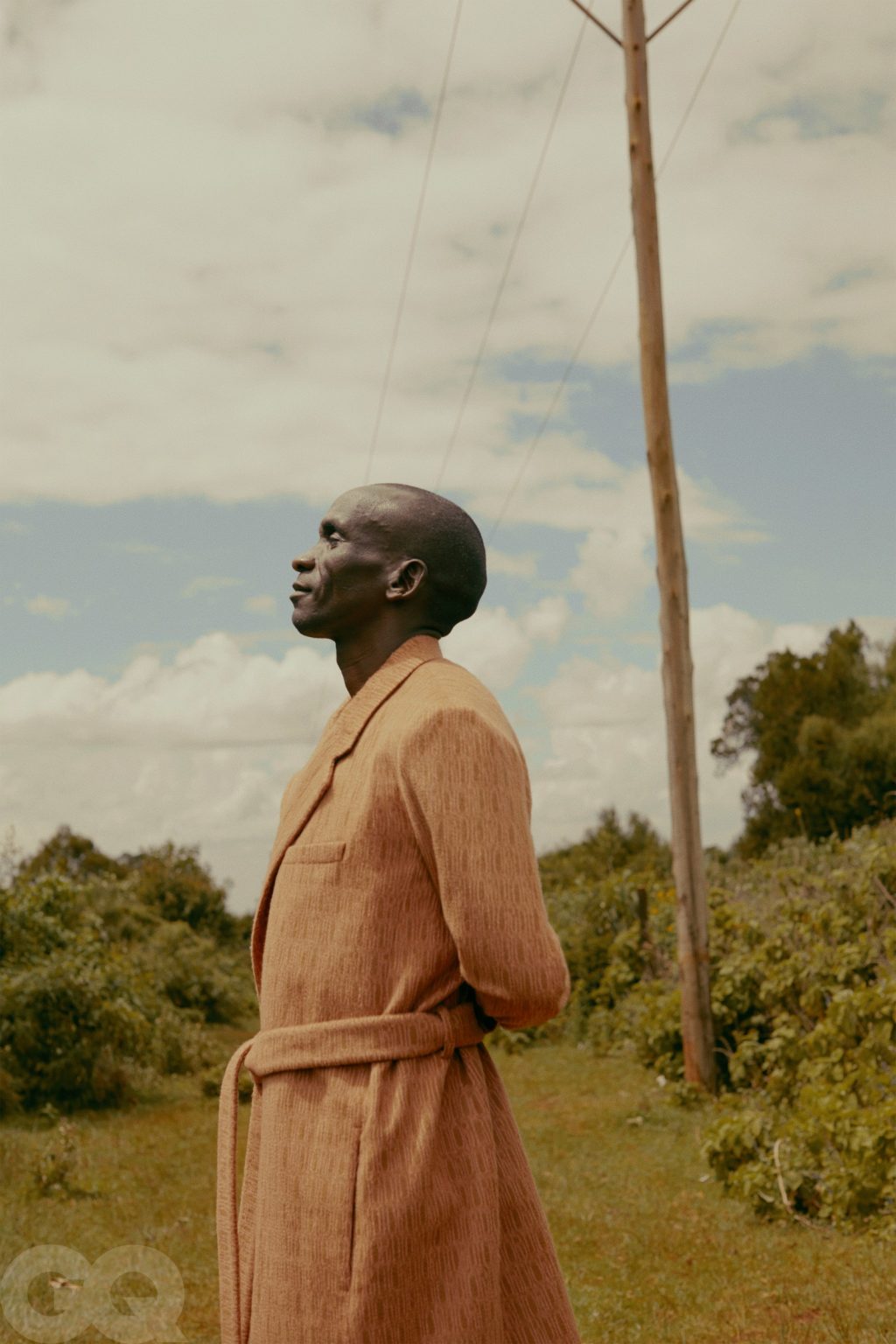 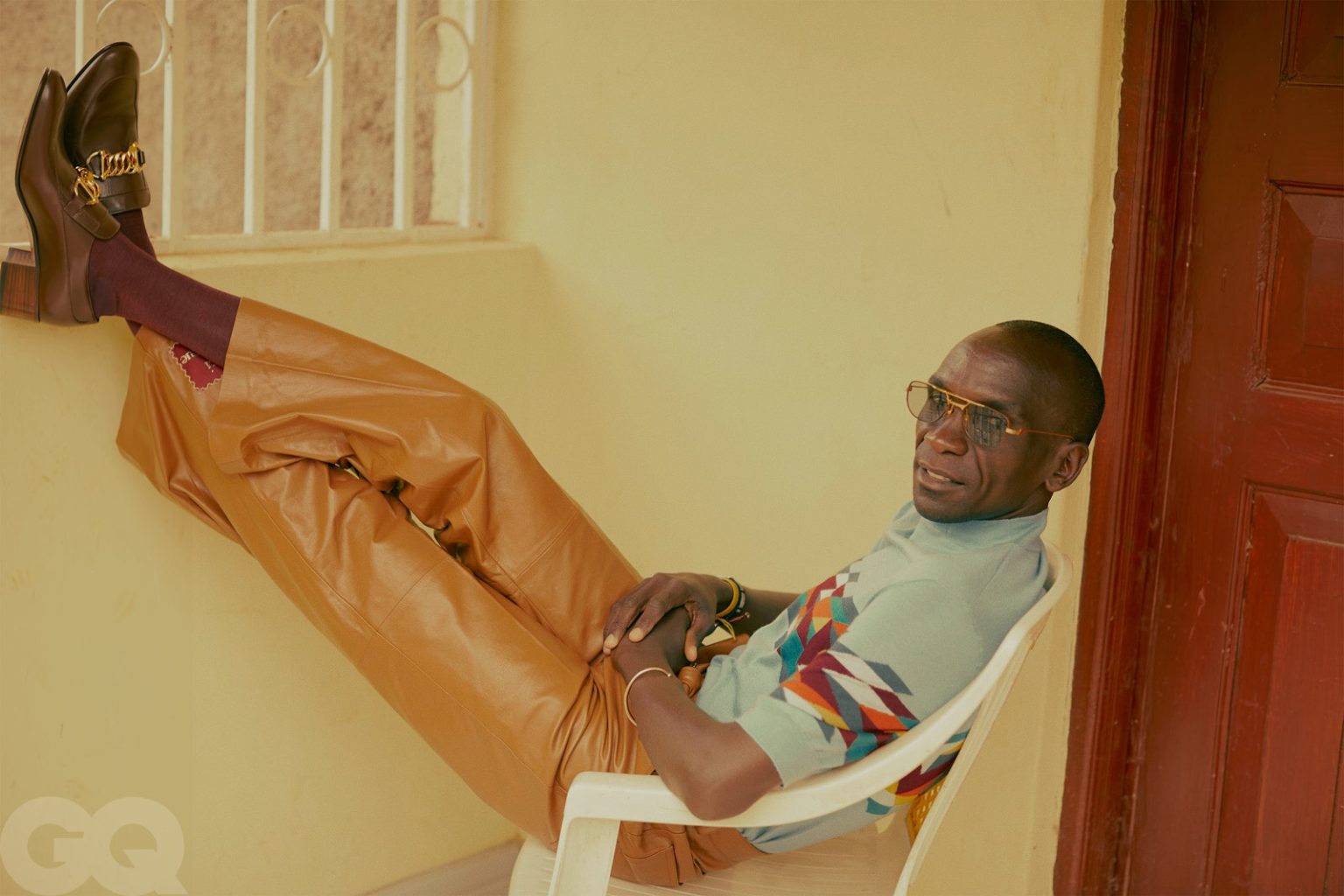 Kipchoge weuwe... me likey! But yes about time he gets this kind of limelight like other accomplished athletes.

Mugikuyu you pride yourself with intellect, cleary fashion and magazine industry is not our forte'. Some people may see somene wearing the gikuyu attire and get as dumbfounded too......

@Formerlyguest, how can I stay mum seeing the world champion wearing my aunties high heels from those days? I am clearly shaken by this deed or should I say traumatized.😲 When you see something say something. We have got to make this world a better place.

Non-corona story! Eliud you bring so much positivity, inspirations and so much hope at these darkest days! We are proud of you men!

I love the brother's accomplishments..lakini..I could have dressed him better with mitumba! That kinyasa and jacket...mhh - reminds me of servants of ukoloni! Ha, ha, ha! made me laugh whilst I squirm in my confinement.

Sukari, that kinyasa costs a few plotis.... The way I see it, fashion is subjective, beauty lies in the eyes of the beholder

In the first photo with the kaptula shorts you look like the former colonialists.Not a good look the shades give you an alien look and the shoes are definitely too big.Atleast it appears the photos were taken in Kenya some of these photos are good however some you should have refused or given your stylist some suggestions assuming your input is allowed.

Waoh don't you think the designer was using a celebrity ( paid) Kipchoge to advertise his products hence the captions ...must we be taught some basics about fashion and magazine industry. Ubaya Wakenya ni ujuaji ingine ya kuongea paa bila kujua the content of a piece ..... the "guest" commentors are so shallow sometimes , BTW where is Maxley ..haiya brother is all well in FL?

I like the one he is wearing a kinyasa. It remind me of that movie god must be crazy.

You still look like a champion even if you wear an aluminum shirt and an iron pants. Your are the man!

FG2, I meant pink jacket. Lakini I have scanned the photos again to see if I am missing a point and I wish I didn't! I think the guy who took these photoshoots was having a laugh at the champs expense. Just look at photo no.4. The head is tilted at an angle akin to the map of Africa! Kisogo right down and chin up and voila! The coat is not even on full view...….

Weee my sister, I think its more about the artist view and his subject but you know what I do respect your perspective. I hope you are keeping safe out there in non-Meghan Harry world ha haha. Btw MAXILEY our friend is missing, I'm concerned , I know Florida is not a hotspot yet but heh, and my other friend Mla Chake NC?- ebu wakohoe ( NO pun intended) we know wako sawa - they are eerily quiet

FG2, mwakilishi is really chopping posts! I did one before the one above and it has disappeared!

I do hope he and the other guy who used to koroga Swahili are o.k. Lakini labda Max amekaliwa na bibi mkuu! These brothers can be something else. I am fine, thank God, but getting restless, bored and.... but Nashukuru niko sawa, familia pia. Hope the same applies to you.

Sisi tuko poa here in the boonies .. walking has become our favorite exercise, just to be able to go outside on the trail - watch the spring flowers bloom and birds chirp, but yeah the boredom sometimes hits but yeah thank God for good health

There's something about these clothes that's so different. I kinda like it. And don't expect Kipchoge to dress a certain way coz he is in a class of his own and can dress whichever way he pleases. he has earned it.