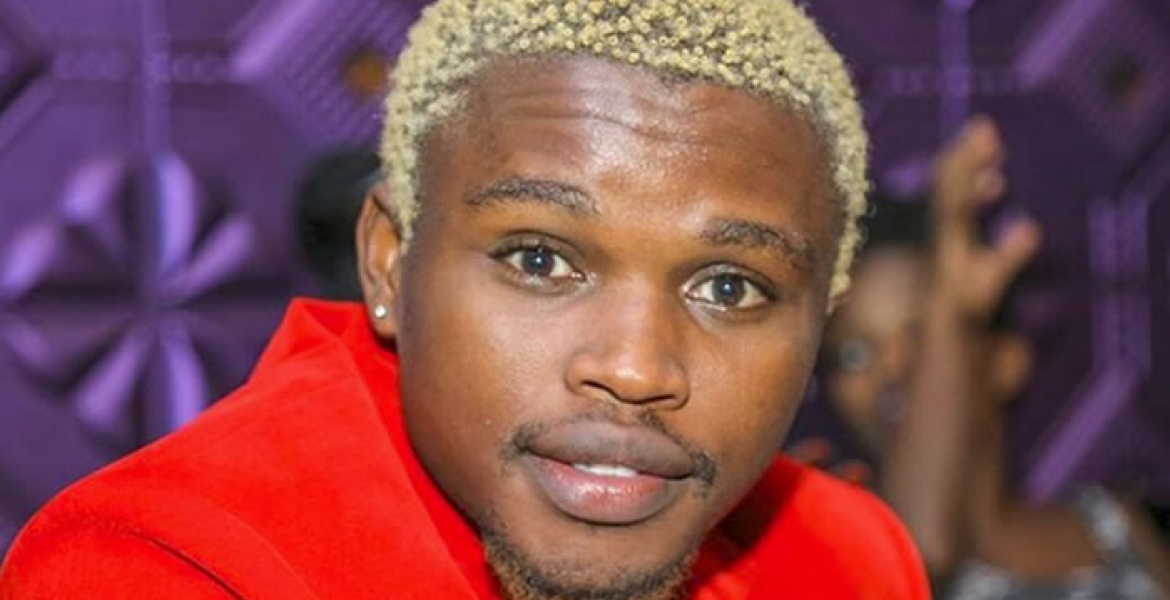 Comedian Vincent Mwasia Mutua, popularly referred as Chipukeezy has been appointed as a Director of the National Authority for the Campaign Against Drug Abuse (Nacada).

The entertainer turned TV show host will serve as the director of the anti-drug agency for the next three years and was appointed alongside George Ogalo.

"In exercise of the powers conferred by section 6 (1) of the National Authority for the Campaign Against Alcohol and Drug Abuse Act, the Cabinet Secretary, Interior and Co-ordination of National Government appoints Vincent Mwasia Mutua and George Ogalo to be members of the NACADA, for a period of three years, with effect from the 6th June, 2018,"

Former Nacada Director and current Starehe MP Charles Njagua took to Instagram to congratulate Chipukeezy for the appointment. "Congratulations Chipukizi on your appointment as a Director at Nacada....wish u well my brother," he wrote on Instagram.

Chipukeezy currently hosts the Chipukeezy show, which airs on EbruTV.

Is this a joke?

This seems to be MOI Style Notoriety if Appointing naive and MANIPULATABLE people. I think Arap Kamaliza hasn't retired yet. And where is Arap TangaTanga (while this Shit is going on)?

The appointment of this gay guy as NACADA director is a joke just like his career of comedian. What does this boy know about drugs and alcoholism epidemic engulfing the nation? President Uhuru did not make a sober decision. Infact, it appears he himself was under some form of influence because this was not a Presidential decision at all

Ati Njagua and then chipanzee or what everhis name is in a country where we have such educated and experienced people who would be willing to have a job. This is so annoying, and to think Jubilee will have another 10 years to continue with this kind of stupidity is maddening to say the least. Young people overdosing everyday and this is the best the prezo can do. Ushenzi kabisa.

Here comes "Nusu Mkate". Removing corruption while creating our own corruption. Dynasties will be the first casualties of their own corruption and nepotism in the name of inclusivity. Watch the drama. We have corruption scandals and soon we will have more. Qualifications and performance have no meaning in Kenya, what is more important is inclusivity. What a lesson to teach posterity. God help Kenya!!!

RUBBISH.NACADA & all other money-minting commissions should be scrapped.Kenya only need the JSC,TSC and PSC.Uhuru is also doing some PR by pretending to fight corruption.How can a corruption fighter appoint a maize thug,Kalori Omondi?Maybe ODM/muuaji Raila worshippers who shared the 2009 maize and petrol loot with Ruto and Raila will defend him hoping he will do the shame.

I think you're Confusing Raila with Nicholas Biwott.

Uhuru, what’s all these appointments of TV “stars” to high ranking positions? Ati Chipukeezy is what now? Credentials ya Chipukeezy?

Uhuru is freaking losing it, I was an avid supporter f his but slowly and surely it seems he has no clue on what the hell he is doing . Substance abuse IS NOT something to be taken lightly let alone appoint a inexperienced whoever this person is to direct . At minimum he should have appointed someone with some psychology degree/evaluations, a physician etc. Lord have mercy on our country, even the leader we chose is losing it.

Mr President, please show some seriousness in the running of our country, a lot is at stake. Lives are at stake. Survival of the many vulnerable people is at stake. Thanks.

With all the PHDs with no jobs Uhuru decides to bring a retired fellow to be chairman of KRA and Chipukeezy not throwing shade but the dude can’t barely manage his own girl friend let alone his appointment. At the end of the day it’s not about uhuru but the voters that got played in his theatrical tangatanga mamasita ideology of making Kenyans hate each other during elections.Ati he will fight corruption and you guys believe that .,? First sanitize your home then you can bring hygiene to Kenyans. kibaki had a dream team.. matatu Sacco, Mututho law, Highway’s etc and we all saw his hard work so mdomo na kutangatanga legacy with this government., bure kabisa

The National Authority for the Campaign Against Alcohol and Drug Abuse (NACADA) is a State Corporation in the Ministry of Interior and Coordination of National Government of Kenya. NACADA was established to coordinate a multi-sectoral effort aimed at preventing, controlling and mitigating alcohol and drug abuse in Kenya. With all due respect, if appointments of people appointed to head this Corporation mean anything, n President Uhuru Kenyatta probably thinks that NACADA is an entertainment Corporation. Previously, he appointed a musician (Jagua) to head it. Now he has appointed a comedian (Chipukizy) to head it. Both had/have no clue about drugs/alcohol rehabilitation. I believe Kenya has people more qualified for that position. Faith Mwaura could do a great there. For those of us involved with treatment and rehabilitation of people suffering from these conditions daily, this is/should not be a laughing matter. Hapo Uhuru umecheza na kazi.

Withdraw this post.....you know nothing about...preventing, controlling and mitigating alcohol and drug abuse in Kenya