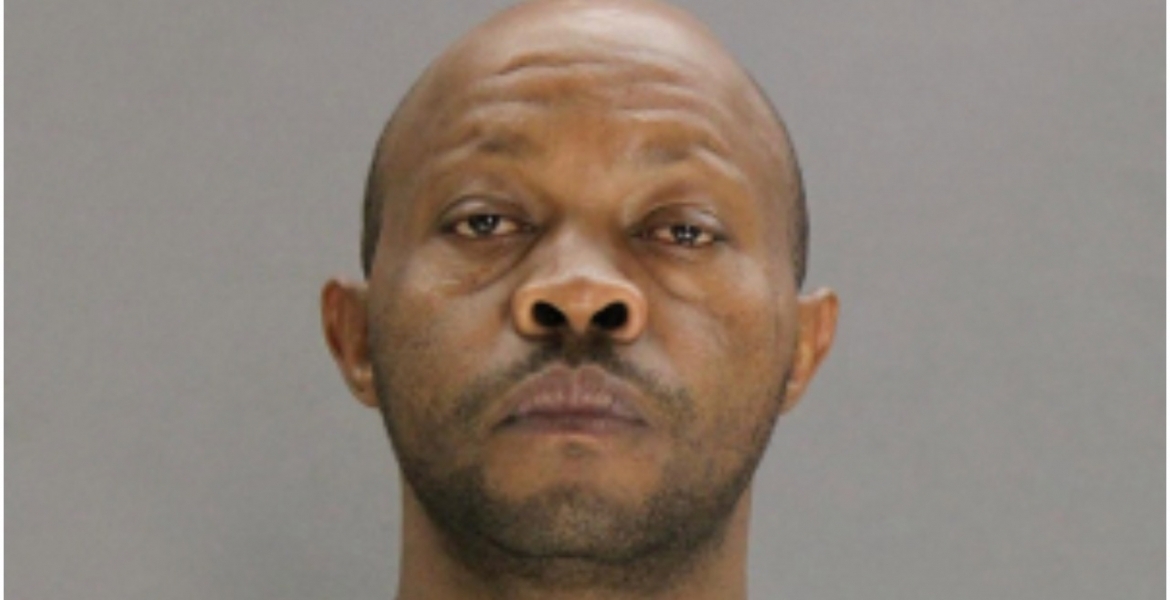 The first case against alleged Kenyan-born serial killer Billy Kipkorir Chemirmir, who is accused of killing 18 elderly women in the Dallas area, was last week declared a mistrial.

This is after the 12 jurors selected for his capital murder trial in the 2018 smothering of 81-year-old Lu Thi Harris failed to agree on a verdict on December 3rd.

New York Daily News reported that Chemirmir’s attorneys failed to present any evidence or call witnesses to the stand during the trial.

Jurors told Judge Raquel Jones that they were “hopelessly deadlocked” at 11-1, but it is not known which verdict the majority supported. The judge urged jurors to continue deliberations before accepting there would be no resolution.

During the trial, jurors were shown a surveillance video showing Harris and Chemirmir shopping at the same Walmart hours before her body was found.

Harris was found dead in her Far North Dallas home after Chemirmir, 48, was arrested on an attempted murder charge in Plano, where 93-year-old Mary Bartel was revived after neighbors found her unconscious on her apartment floor at Preston Place Retirement Community. Bartel told police that she was attacked by an intruder.

Police linked a suspicious vehicle on the premises to another senior living complex and another attempted murder case in Frisco.

The vehicle led police to Chemirmir, who was arrested at his apartment. Officers saw him toss a jewelry box into a dumpster. Inside the box was Harris’ name. His arrest prompted police to begin looking into older cases of unaccompanied deaths and theft reports.

Chemirmir is accused of killing 17 other elderly women in senior living facilities while six others have been linked by civil suits.

He is alleged to have posed as a maintenance worker or healthcare provider to gain access to the apartments of elderly women in Dallas and Collin counties before smothering them and stealing their jewelry for sale.

Chemirmir, who moved to the US in the 1990s after marrying an American citizen, is originally from Eldama Ravine, Baringo County.

If convicted, the 48-year-old faces an automatic life sentence without parole.

WOKE are presume all are giult before found guilty.

This is old news.
Well, the SYSTEM works whether we agree with it or not.
But , he ain't off the hook yet since the state has 18 more counts.
The issue now will be once he goes to a different county for the same with most likely white jurors.
My question is,in this day and age, the state didn't have no DNA OF HIM ON ANY VICTIMS?
If no DNA, then charge him with robbery, which is a felony, but not murder.
The main problem was, the MEDIA had already found him guilty. The MEDIA still believes that he is guilty. Now knowing that the world today is a MEDIA fed generation, mostly likely the jurors will have made their minds way before the cases begin even without looking at the evidence presented.
Dallas DA,Did a very poor job in this case. He thought that it was a slam dunk.
Again like chemirmir LAWYERS said, the DA JUST wanted to close all this cases.
That's WHY, the DA was at the court house ready to give his statement but it backfired on him.
More drama to unfold as the state regroups and more charges are filed.

Oh there is DNA in both counties fyi ~ My mother was a victim ….The prosecutors will get to that when needed ~ One bad juror - Hope she got home and researched the case ~Can’t imagine how she feels 😥😓😪

BM are not a peaceful people.

Defense didn't fail to present evidence, they're not required to. The accused is always assumed to be innocent unless proven otherwise.

I am visualizing Arap boarding the plane at JKIA with the excitement of relocating to "Ameriga" and now this is the position he finds himself in. I just hope he didn't commit these crimes otherwise Big Leroy Bubba will open a few places for him and in him.

Billy Chemirmir –Kenyan Born Killer declared a mistrial -Really! How is that possible considering there was so much evidence regarding how this monster got his victims!
Billy Chemirmir is a monster or some type of beast ad should not be associated with the Law-abiding citizens of the Republic of Kenya. Billy Chemirmir is indeed a serial killer and should never be let out of jail [Even if there was a mistrial in this case. My skin crawls when I read about such a ferocious monster. I also wonder how many people Billy Chemirmir had killed in Kenya before he somehow qualified for an American Visa to transport his monstrous destructions to the Law-Abiding Citizens of the United States of America. I do not have a Police Officer’s badge, or license to arrest; However, I am a member of the Armed Forces of America. Consequently, I have the capacity to be allowed to arrest such a monster. I will not need a weapon.