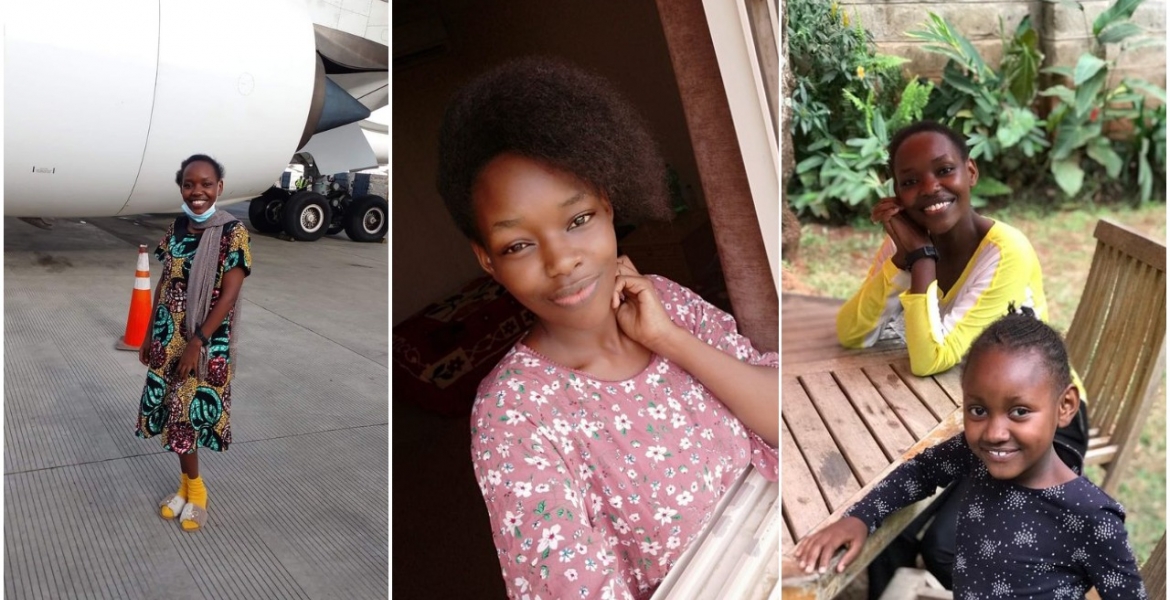 Wanja, who was stuck in the Gulf nation for three months, released a video pleading with the government and well-wishers to rescue her from her beastly employer, who mistreated her and denied her food.

The 25-year-old mother of two, aged 7 and 2, traveled to Saudi Arabia on March 8th, 2021, through Maharan Human Resources Company, a Nairobi-based recruitment agency.

Upon landing there, the recruitment agents confiscated her passport before sending her to work for a family.

Wanja said her suffering started on her first day at work as the employer insulted her for allegedly damaging a vacuum cleaner. She was asked to pay for the damaged equipment whose cost is more than her salary.

“I have been overworked and underfed. In more than one instance I’ve worked for 20 hours non-stop,” Wanja lamented.

She was also ailing but her employer declined to take her to hospital and instead forced her to continue working.

Attempts to get help from supervisors at her agency fell on deaf ears and the office cut communication with her.

“I have grown so weak but I keep working because I don’t want to go back to the office. The supervisor told us that whoever complains becomes imprisoned. I kept quiet about a lot of things because I didn’t want to risk imprisonment in a place where our girls have been disappearing mysteriously!” she said in the video.

The broker who facilitated her travel to Saudi Arabia said she has to persevere for six months failure to which she would have to refund Sh200,000 to the agency.

Wanja jetted back to the country last week and was happy to reunite with her children, who have been under the care of her aunt.

“I’m the product of the efforts of so many people and that’s why I don’t take it for granted. That’s why I am so happy now,” she told NTV in an interview.

“We say we want to try our luck and everything but I would not encourage anyone to go [to Saudi Arabia] because it is a gamble that would end with the loss of life.”

Where else is she heading to after this madness! Iraq?

I have noticed that ,its common for these Arab masters to hold passports of their "slaves".Is this lawful? Iwas under the impression in this case that a passport belongs to the government.It's adocument that allows your to travel our of your country,and the government could revoke it.So technically you dont OWN your passport.
Anyway, expert to shade light on this?

I have noticed that ,its common for these Arab masters to hold passports of their "slaves".Is this lawful? Iwas under the impression in this case that a passport belongs to the government.It's adocument that allows your to travel our of your country,and the government could revoke it.So technically you dont OWN your passport.
Anyway, expert to shade light on this?

While I applaud your resiliency and courage,I am sure you had heard the same advice and cry from those who went before you and still you were adamant .The notion that its all pesa pesa everywhere hapa majuu is a falacy.Those"epileptic" hallucinations of raining dollars is more of a mirage than reality,though I should be fair and mention that the Western world is much much more favorable compared to Arab world.These Arabs are the literally meaning of slave traders.Even here woe unto you if you work in an Arab owned store or butchery mostly coz you are have no legal status, they will keep you working in the cold room and freeze you in the deep freezer sections of the store,and if ukiwa jobless basi " njeve" snowtime itakuadhibu vilivyo.My advice "Rudi nyumbani like the senior Jomo Kenyatta did after 18 years in Britain.I am also on my way.Acha tamaa..lol

This is absolutely ridiculous, when your Kenyan citizen you should be protected by your government when you seek help ot assistance. It shouldn't have to get to a point where the people are fighting for you more than your own government where you were birthed.

Could have told you that before you left.

She would not haw listened to your advise! She thought she will receive a much better treatment than others before her.

I’m sure Wanja had been told not to go to Saudi Arabia but she did not want to listen!

Well, experience is the best teacher! She has learned her life long lessons and will not dare repeat the same mistake again!

eye-roll, eye-roll. Next person headed to Saudi Arabia for domestic work please do all of us a favor... deposit money in a ban k account for a return ticket so when you run into mistreatment, someone can withdraw, buy you a ticket and you can come back home.
And for heavens sake, stop surrendering your passports to someone else. Ask them before you depart kenya if handing over your passport is part of the deal, if it is, don't go.

Why can't the stupid Kenyan Gorverment stop all this agencies .
Because people are still going there regardless of the horror stories we read .shut the agencies period .

So tired of this crap seriously

This is human trafficking facilitated by Kenya govt and slave traders and Arab govts. These victims have no recourse other than send a vid clip asking for help to leave. AG and Matiangi could shut them down or make them form saccos so that if anyone is held captive they can penalize and suspend slave agency license.