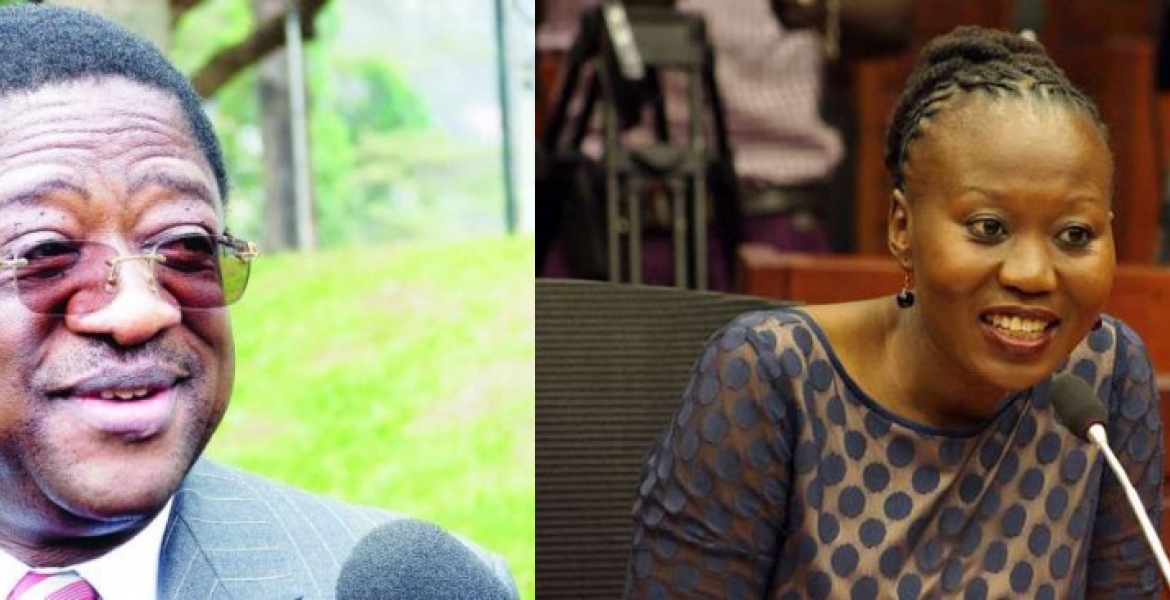 "Need we remind you, sir, that you served as AG during the Moi era? Goldenberg scandal, the torture of human rights defenders," Akombe wrote on Twitter.

While announcing the ban on Wako, his wife Flora Ngaira and son Julius Wako, US Secretary of State Michael Pompeo said Wako, a former long-time Kenyan Attorney-General, was involved in what he termed as “significant corruption.”

“Today’s action sends a strong signal that the United States is a valuable partner in Kenya’s fight against corruption,” said Pompeo in a statement on Monday.

Reacting to the sanction during a press briefing at Parliament on Wednesday, Senator Wako challenged the US government to table evidence that he was involved in graft. He further claimed that the US was unable to do so in justification of the 2009 travel ban.

“When the US issued a travel ban against me in 2009, I instructed my attorney to write to them to demand this information and it was not forthcoming. I still demand to know because I have never been implicated in corruption or prosecuted for the same.”

“It took over 6 months for my attorney to receive a reply. I am a man of integrity because I have never been involved in any form of corruption,” he added.

How I wish the US government would table the evidence. Please do.If not, Wako,and his cohorts in crime will keep on saying"where is the evidence".Shut them up by providing the evidence. After all if you indeed are avaluable partner in this fight against corruption,what abetter way to garner public trust than offer irrefutable evidence to the public who was robed ?

Goldenberg scandal followed by the court shenanigans. There you have it. I did that on behalf of Pimpeo.

Hii Amakombe is a traitor she should shallap n continue kissing her gods which had paid her to destroy our motherland.Utakaa huko til yr last days juu uko wanted kenya by kenyan gavament.Yr kids too won't b allowed to enter kenya so u dare not talk about Amos wako.

I think you should just shallap yourself. Are you trying to threaten Akombe? Remember you are in full publicity writing such nonsense here.

There is an office at state house full of social media bots who spend their day planting positive spin stories for Uhuru and Jubilee. They get paid for that. Then there are defenders of the indefensible who post pro Uhuru stories online for nothing when all around them jubilee policies impoverish kenyans.

Really Mos; really!!! So you now want to silence Mkenya Halisi’s freedom of speech under the pretex of defending Akombe’s treasonable actions!!?? Let the truth be told in the clear publicity of the entire world - the whole world was really astonished by the shamefully abominable actions of Akombe - what kind of example did she set for the 24 million women in Kenya - just abandoned them, serious she just run away when the heat kicked on and deserted her duties to protect the week in Kenya! What a coward!?
Give us a damn break!!

And Ms Akombe is the top human rights representative at the UN. Does she understand the term "Due Process"? How about "innocent till proven guilty"?

I may be wrong but I'm sure the feds have the goods on him. If he did not commit this crime in the US or try to influence a US person, then he is in no jeopardy here and I doubt the feds care that much. As for innocence, Kenyan justice appears to be determined by the depth of your pockets and the breadth of your influence even more so than it is here. Thus, it is unlikely he will be prosecuted for any crimes that he committed or that were committed under his watch. How many were tortured and/or died at Nyayo House while he was AG and are you OK with this?
https://youtu.be/zF2oA0FXZNg

Traitor traitor traitor traitor.Yr home now is united states so leave we the kenyans who love our motherland alone.U ran away when we wanted u most.U think we have forgotten that??Ur a traitor for your country.l n shame on you.Am not threatening her read our constitution n understand it what it says about traitors

Leave us alone,in our African culture thieves are called and named with sweet names.this is after raids and stealing a large number of cows.Therefore give us time to relinquish this

A good General never deserts his soldiers in the battle field. “General” Akombe took of to safety and left women and children in the heat of the battle! A traitor indeed!

Hi Kombele - come to think - what you did to the people of Kenya is nothing less than treasonable. I would rather deal with a thief than a woman who deliberately sold poor Kenyans for material gains to get yourself, your brother and your mother into the American luxury. You should be very ashamed for your selfish actions of betrayal!! I do not want to minimize what Wako did - surely stealing through corrupt means is wrong, but what you did is extremely shameful, a curse, an abormination and terrible! So stop chastising your tribesman for stealing just to have a Doctor feel good moment - two wrongs can never make things right. Kenyans will always identify your name with cardinal betrayal; a crime of a tall order! In a nutshell, therefore, let all the sleeping dogs lie as you kindly shut your mouth.