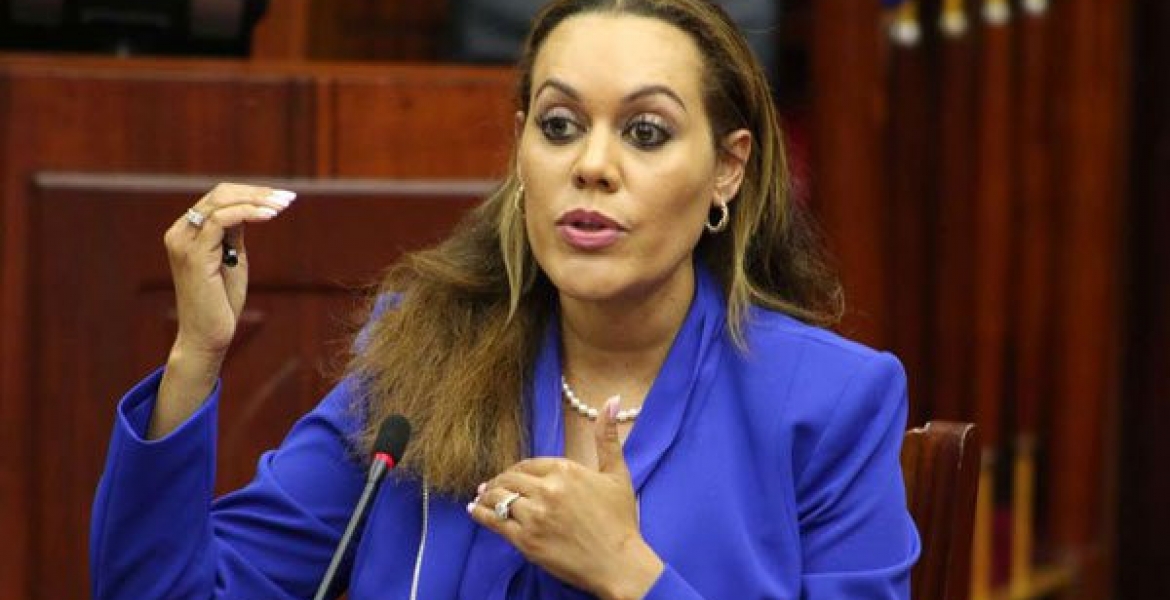 National Assembly Speaker Justin Muturi on Tuesday ordered a probe into reports that Mwende Mwinzi, a Kenyan-American, was deployed as Kenya’s High Commissioner in Seoul, South Korea without renouncing her US citizenship.

Muturi directed the House Committee on Implementation to investigate claims that Ms. Mwende was posted for duty before renouncing her US citizenship as recommended by the National Assembly Defense and Foreign Relations Committee after her vetting in June.

Muturi made the order after Endebess MP Robert Pukose said he had received reports that Ms. Mwinzi had already presented her credentials in South Korea.

“Information available is that the said nominee intends to take up the appointment without renouncing her citizenship to the United States of America notwithstanding the conditions set by Parliament,” he said.

Following her vetting, the Defense and Foreign Relations Committee said Mwinzi must first renounce her US citizenship before assuming the position or decline the job altogether.

“Since the House has resolved itself in a particular way, the Committee on Implementation should address the issue and advise the Executive particularly those responsible for the appointment on the constitutionality of the nominee taking up the role,” Speaker Muturi ruled.

Section 31 (1) of the Leadership and Integrity Act states that an individual with dual citizenship cannot hold a State Office.

During her vetting by the House team, Ms. Mwinzi explained that she was born in the US but she chose to be a Kenyan.

She further asserted that her loyalty lies with Kenya and had participated in more Kenyan elections than the American ones.

She unsuccessfully contested for Mwingi West parliamentary seat on a Jubilee Party ticket in the last elections.
"I am humbled by the warmth the people of Mwingi West have received me with. If you remember, I have been working with many of them in the last 10 to 15 years and so I am not a stranger."

"I want to make a difference in the quality of our people's lives. I have done this from out there and I will do it in there," she stated during her campaigns.

Dual-citizenship should not be used as a punishment. That's one reason the current constitution needs to be changed.

"Section 31 (1) of the Leadership and Integrity Act states that an individual with dual citizenship cannot hold a State Office."

Other than sending money to Kenya and help the foreign Exchequer, you cannot holden office. In the US, you can be a Senator as a dual citizen.

You lose your US citizenship for a job that will last less than 5 years.

What the big deal if this citizenships nonsense.Some if us dropped those citizenships n life continues n our law in kenya n that of the usa is very clear so sheria ufuatwe.I will never ever myself think of any other country beta than kenya so huyu dame amake decisions.

Slather yourself honey.... Smear all that Jubilee mud all over yourself. Just roll in it gal. Nothing good comes out of mixing with people who like shortcuts. I told you... it was just a matter of time before you got hooked into Jubilee corruption. The law is the law. We cannot keep ammending the constitution just because a clause or whatever part of it isn't enticing. Vitu za kung'ang'ania hazinanga baraka. You might get away with this because "you know the President" but these things always come back to bite your ass, don't they?

this dude needs to be this vocal about corruption. nonsense. this is a non issue

We do not need non Kenyans or dual whatever that means because when l
push comes to shove this Bandia dual citizens will move in whichever direction the wind blows.There are more capable proud authentic Kenyans who deserve a shot and will probably do a better job

No big deal, renounce your US Citizenship take the job and reapply later. You are US citizen by birth.