I’m Ready to Fly to Kenya to Testify on What Happened in 2017 Presidential Elections, Roselyn Akombe Says 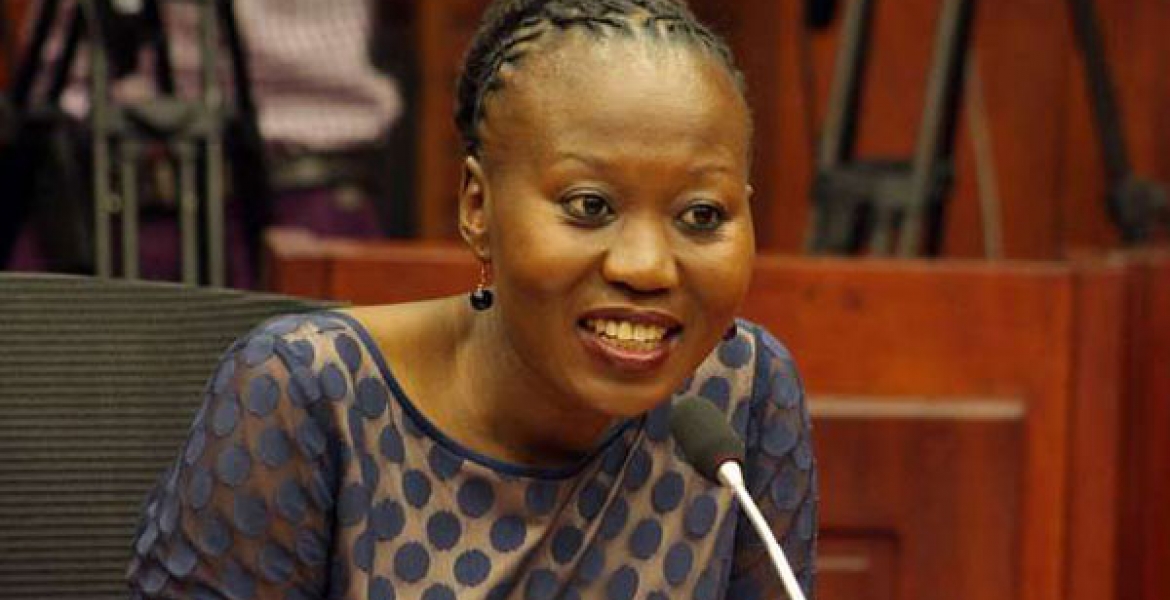 Former IEBC Commissioner Roselyne Akombe has said she is ready to fly back to the country to testify on what happened in the 2017 presidential election.

Responding to a Kenyan social media user, Pius Kinuthia, who accused her of refusing to share details of what transpired in the election, Akombe stated that she was ready to testify under oath.

"I have always had an issue with Dr. Roselyn Akombe who fools us by acting innocent over the fraudulent 2017 polls. Truth is, she was part of the gangs that oversaw the fraudulent polls. Yes, the guilt ate her & she quit but has she ever shared with us what exactly happened?" Kinuthia posed.

Akombe, who is currently working with the United Nations, said she had recommended the creation of an independent inquiry to look into the election that was nullified by the Supreme Court over illegalities and irregularities.

“Thank you for starting this excellent debate. You may be aware that I delivered my end of assignment report to @IEBCKenya. Among other topics, I called for an independent inquiry to the 2017 election. I am ready to testify under oath. Do your part. Get it set up, I will fly back,” Akombe tweeted.

Akombe fled to the United States a week to the repeat presidential election, where she announced her resignation citing fears for her life among other reasons.

She also said she felt the commission could not deliver a free, fair and credible election as members were partisan.

“It has become increasingly difficult to continue attending plenary meetings where commissioners come ready to vote along partisan lines and not to discuss the merit of issues before them,” she said in an interview.

She added: “It has become increasingly difficult to appear on television to defend positions I disagree with in the name of collective responsibility. I do not want to be a party to such a mockery to electoral integrity.”

What is stopping you? Your sponsors shook hand a long time ago. Stay in New Jersey!

This Traitor of a woman need to shut up n continue kissing them white asses.U ran away juu u were sent by the enemies to rig for Jackom but u failed terribly juu mlipatikana.U guys even got rid of mswado juu he refused to rig the nasa thugs into power?So this woman should settle dwn forever in states n forget kenya juu u will never come back here juu our laws states u will b arrested for bin a traitor.Ask miguna miguna what happened thou yr case will b different juu u will b jailed immediately.

Go away goat we are tired.

Akombe, it's too late for you Madam. You did not rise to the occasion when your country needed you most. You became and you are a traitor. You were probably were paid big time to let down your country. You are a sense of shame not a sense of pride. Stay where you are and serve your masters. Kenya and Africa ( both in Africa and Diaspora)are rising up with or without the traitors. The power of God is slowly but surely moving from away from the sword-fire to the spirit-water and nothing can slow it down.
Kenya survived and it will survive again with or without you.
Keep what you know to yourself, you will probably lie under oath because your priorities are elsewhere. Stay where your priorities are, you are more useful there.

Dr. Akombe just call BBC Hard Talk and speak to
Mr Peter Sucker. The most important items being
Who killed Mr Chris Msando, who won the election. The issue with servers and Cambridge Analytica!
You don't have to go to Kenya to right what's wrong. God bless and be safe

Please stay where you are. You have caused enough damage already. No one is dying to hear from you.

Lots of abuse and unnecessary rhetoric against Akombe, give her a break. people here are quick to dismiss her without hearing her part of the story. I believe she has some facts on why the elections were compromise.Go Akombe we support you!

Would be good for her to clear the first confusion: Was she working for Kenya or UN? When did she inform the Kenyan employer that she was also working for UN?

Akombe is just a big coward who ran away after her tricks to steal the presidential election failed. No Kenyan wants to see you on Kenyan soil; so hang out where you are or join MM in Canada!! Akombe has no spine to confront important issues head on. You betrayed average Kenyans by selfishly running away when they needed your assistance most. And now you want to return to Nairobi to reopen the old wounds you personally created. Shame on you coward!!!

She's waiting for a bigger pay day to fly in Kenya and sing the song that the people in power wants her to sing.
Keep on negotiating for a couple millions.
Kenyans aren't that stupid.

The United Nation has failed third world Countries in more fronts than one can enumerate on Paper. AKombe is a fraud who bungled an Election for ulterior Motives knowing very well her Job was waiting.
Why would the world body hire a criminal who Robs millions of Citizens off their democratic right to vote freely? Akombe should tell Kenyans who her paymasters was. The diaspora should smoke this criminal out.
If Akombe is as innocent as she would have the world believe; why did she have to wait for four years to speak out? Akombe is 12,500 Miles from Kenya, She is protected by Mighty USA and International security systems, who are you fooling Akombe. You want to seek publicity and hopefully get another shot in the electoral system so you can steal more.

Alone, first you lied and got a job in Kenya illegally being also a UN employee.
Second, you lied and got an asignment to go to Dubai, signed and got an impress from your accountant, then run away to the US.
Third, just like Githongo, you lied to the world that your life is in danger, just to be able to get assylum for your brother and his family.
Why do you think you are part of the corruption population in our beloved country?