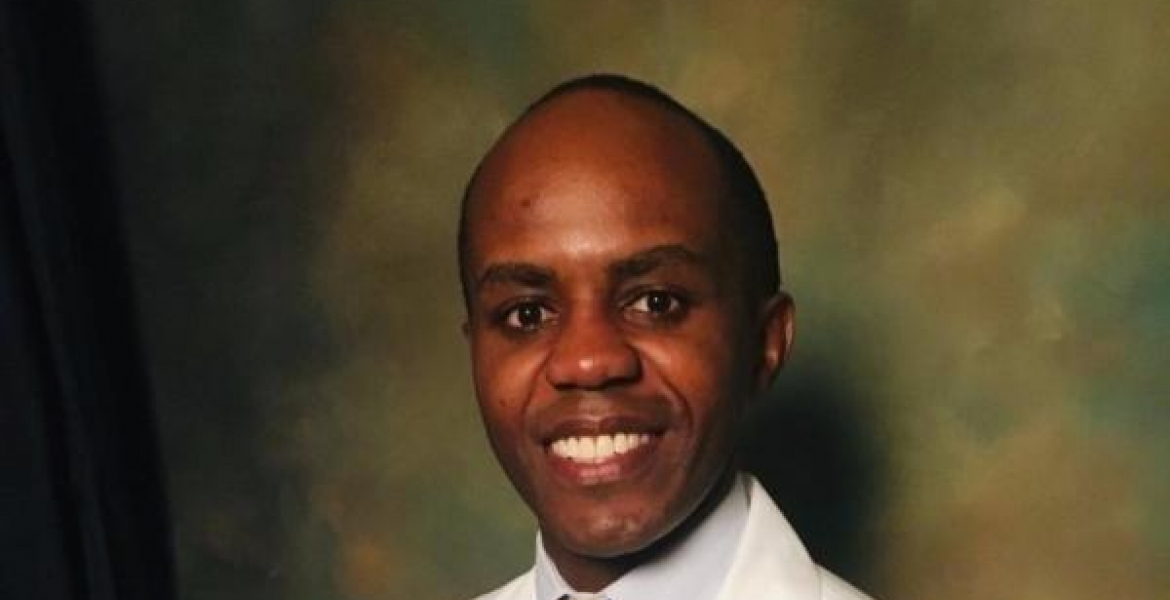 An online petition to help a Kenyan doctor who was deported from the United States two weeks ago has been launched.

Dr. Alexander Ondari was returning to the US to complete his last year as a resident physician at the University of Texas Medical Branch on July 6th, when he was denied entry.

Ondari landed at Dallas/Fort Worth International Airport but was deported to Nairobi after an immigration officer failed to honor his valid J1 Visa.

“Currently, all depends on the USA Embassy in Kenya to grant him a new J1 Visa,” the petition reads.

“Dr. Ondari’s constant efforts as a physician, together with his charitable character, are critical to the well-being of the communities he lives and serves in. Dr. Ondari’s objective is to bring value to the US, an aim that has been already accomplished during the last 17 years as a non-immigrant visa holder. It’s is thus an honor to support his efforts to obtain a J1 visa so that he can serve his patients and continue to improve the health of America.”

The J1 visa is a non-immigrant US visa that permits people to visit America to exchange skills, experience, or knowledge in various areas. J1 visa holders are given unlimited travel in and out of the US, and in many circumstances to be employed in the country.

Tough time especially when you're in the early stage of your profession.
Suggestion - connect to people you knew while here and make agreement towards circumventing that visa status. It seems there's nothing wrong you committed but the officer was just biased towards your achievement and this is purely racism fueled by Trump's administration.

The Title of this Story should Read: Kenyan Doctor Deported from the US Seeks Help "to Go Finish His Course" and not "to Reunite with His Patients".

He is a doctor in residency training, so he does have patients. https://fammed.utmb.edu/residency/bios/alexander-ondari

Contact Janet Rangi, who as a Nurse, is not only your junior, but she actually knows how to get you back into the US. She has written a book about it.

Sarcasm of the highest order.😂

Janet won't do much to advise on how to get back to US,* It all depends with the US immigration in kenya.She can give advise yes, but will it it make the embassy in Nairobi decide? Your school, medical school can play part in this matter and possibly an international human rights lawyer can help.Keep pushing, it will work out.

Something went wrong somewhere on his current J1 status. He should come out clean before asking for our signatures ( hii nchi siyo ya mama yako) they didn't just deport him for unknown reasons ( he knows where he messed up on his immigration status)

Something went wrong somewhere on his current J1 status. He should come out clean before asking for our signatures ( hii nchi siyo ya mama yako) they didn't just deport him for unknown reasons ( he knows where he messed up on his immigration status)

Give him a chance

Why is he so concerned with patients in America while most people in Kenya cannot afford to even see a doctor, I know this sounds mean but he is needed more in Kenya

Go back and read again "complete his last year as a resident physician". You know what residency is?

If they deported him it may take him over 12 months to clear his case, with his good papers.. i suggest better he begins early serving the community back home.. sio lazima mtu aishi USA, he can try Australia, Europe etc.. unless he has stigma with deportation syndrome

Hopefully the US consulate in kenya will honor the law by allowing to have the right documents required to re enter the country.

hehehehe @settled nomad ur crazy bro.Truly he should buy the book read it n he will find himself there.N when matiang’i or jaguar keep stating foreigners watoke they r abused yet the same shit is happening in the foreign embassy's n airport but wr not talking about it.

@Settled Nomad
No she does not. I know how Janet got her situation settled. It is on the USCIS website. Looks like either Ondari's passport or Visa is near expiration. Truth is, theh have to file a record and reason why he was denied. Tyey dont just deny.

@Settled Nomad
No she does not. I know how Janet got her situation settled. It is on the USCIS website. Looks like either Ondari's passport or Visa is near expiration. Truth is, theh have to file a record and reason why he was denied. Tyey dont just deny.

She knows nothing. Visiting the relevant government website and mine the information/knowledge.

I met Ondari years ago in Manchu. I thought by now he was practicing.

I wish him the best. Nobody should judge him. He may have a lot on his plate.

The demand for doctors is high worldwide. Why would anyone want to come, live and work in a country that has become hostile to foreigners. Open your own practice in Kenya or Africa where people will look, treat and respect you. NGO'S could use your skills. "Africa tosha". I will be your first patient.

Africa is rising. Look within, see how you can complete your studies in Africa and start helping your people. Belief in your people if you are there, you will see your blessings. There is always another power that is working for the best. As they make America ans the west white again, let's believe in ourselves and make Africa black again. Use the skills you have to grow and help our people. What you should be asking for is help to re- establish yourself in your country.
Wish you all the best and good luck!!!

Daktari Alex has shenanigans in his closet because if you are a student holding a valid visa and he has been a law-abiding citizen/resident then there shouldnt be a reason for deportation. Kuna kitu Daktari alifanya most like ni DUI. or assault that was reported and charges dropped. If he genuinely feels was deported unfairly then he needs to follow the right channels of seeking justice not oline petition. Just get a qualified immigration lawyer and he/she will argue your case in court. Hii oline petition will not take you close to being heard. Just my 2 cents bro. Goodluck though

It’s good you comment we need doctors in Kenya. The story of this smart boy with straight A’s and 1st class degree is still fresh in the mind. In Kenya papers are not honored and the payment is not worth it. In US somebody’s hard work pays double. You don’t have to pay bribes to get a job.I pray everything works well and he gets back to the US. Goooo, chase your dream. It’s still very valid.

I believe kenya needs him more than US.
Can we also sign a petition for him to remain in Kenya

I can guarantee you the whole story isn't being told and this dude committed some type of fraud or other crime and that's why he was turned away. People aren't just turned away for no reason but that's what they would have you believe.