'I am Coming Back': Deported Lawyer Miguna Miguna Announces Return to Kenya 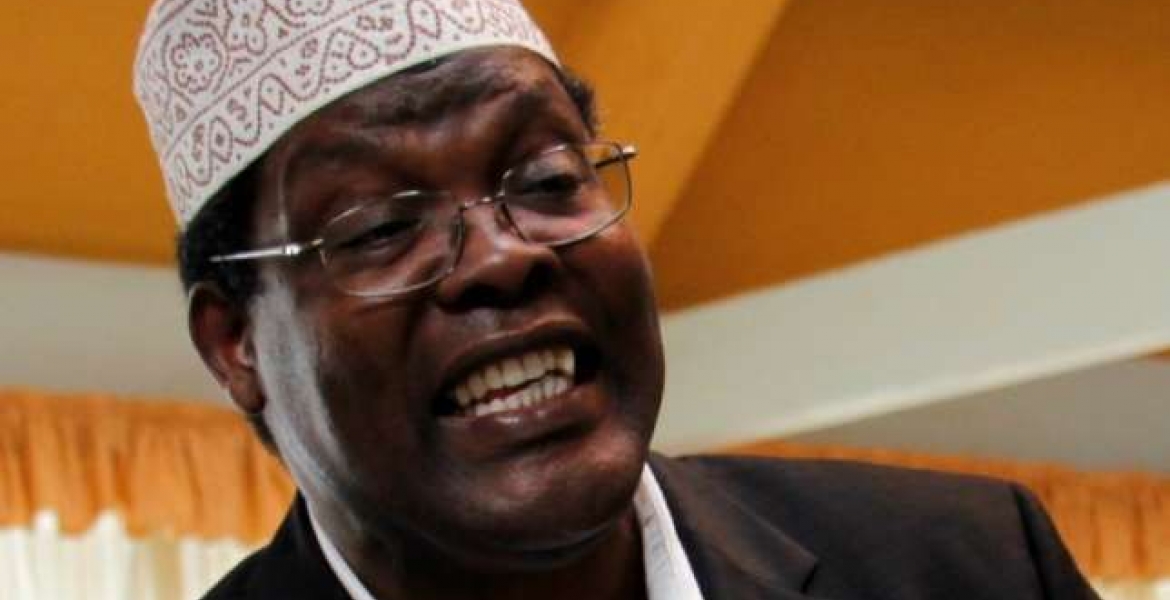 Political activist Miguna Miguna, who was deported to Canada in March has announced he will soon be returning to Kenya.

Taking to Twitter on Thursday, Miguna said he will be coming to Kenya after September 4th, and took a dig at President Uhuru Kenyatta and Opposition leader Raila Odinga.

“For the cowards with low self-esteem celebrating the fact that @UKenyatta and @RailaOdinga destroyed my valid Kenyan passport and my house, abducted, detained and tortured me before forcefully removing me, mark this in PERMANENT INK: I am coming back after September 4th. Viva!” he tweeted.

Immigration authorities have maintained that Miguna lost his Kenyan citizenship when he acquired Canadian nationality hence the need to make a fresh application to restore his birthright.

“The ID card Miguna has today (April 3, 2018) is an invalid document. Even if he regains his citizenship he will have to go to the National Registration Bureau to get an ID so that he can process his passport,” Immigration Principal Secretary Gordon Kihalangwa told the Parliamentary Committee on National Security back in May.

This will be the former Nairobi gubernatorial aspirant's third attempt to come back to the country after his second deportation in March. Miguna had announced that he would return on May 16th, but cancelled the trip in the last minutes.

He took up Canadian citizenship in the 1990s under the old Constitution, and doing so meant automatic renouncing of Kenyan citizenship.

If you want to come back, do so quietly, abide with the Kenyan laws. But if you announce of coming back by insulting our leaders, it's better you stay where you are.

Kenya has no leaders.
If Kenya had leaders then why are they consuming sugar full of mercury and lead?
Why are Kenyans consuming rice full of poison?
Why are people putting up illegal buildings everywhere? On rivers, on road reserves , inside forests?

Kenya has no leaders.It has people who occupy certain positions.
but leaders.No. Not in Kenya.

Miguna is just insulting importers. We all know Kenya has no leadership just criminal organizations and rejects pretending to be leaders.

The only reason they don't want Miguna in Kenya is JEALOUSY.

Even Kenyan Journalists are JEALOUS of Miguna.

I even don't know why Miguna wants to Kenya, a country where people are eating poisoned rice and drinking tea full of poisoned sugar. Contra-band everything.

Jealousy will kill some people.

Comedian Miguna Miguna, you are not welcome in Kenya!!!. Can't your thick head get it?. You are no longer a Kenyan citizen. Kenyans moved on and are no longer interested in your divisive politics

Most Kenyans criticizing Miguna are just jealous of him.He is an accomplished Kenyan man and he did not steal public funds or grab anyone land to finance his lifestyle.

Kenyan men who have no intergrity and have no known accomplishments are the number one critics of the very intelligent barrister.

Wivu tu inawasubua.Envy and jealousy is what is disturbing Miguna Miguna critics.

According to the current kenya constitution.Miguna is a dual citizen.

He took up Canadian citizenship in the 1990s under the old Constitution, and doing so meant automatic renouncing of Kenyan citizenship.

Is invalid.
Am also beginning to see.Kenyans in Kenya are generally envious of those of us in Diaspora.

Miguna if you do not know you are forgotten. The only people that cares about you is your family alone. Kenyans have moved on after the handshake. Potelea bali

Miguna get to Kenya immediately. Have your papers lined up at the airport stop your airport drama cos lots needs to be done including fighting corruption. Get your priorities straight and get real, this fight can not be fought from Canada or at the airport. Wisen up.

His loudness is both a curse and a blessing- subject to personal interpretation!

Vipi ndugu?! Nilitoweka Jamu....glad to see you noticed my absence!