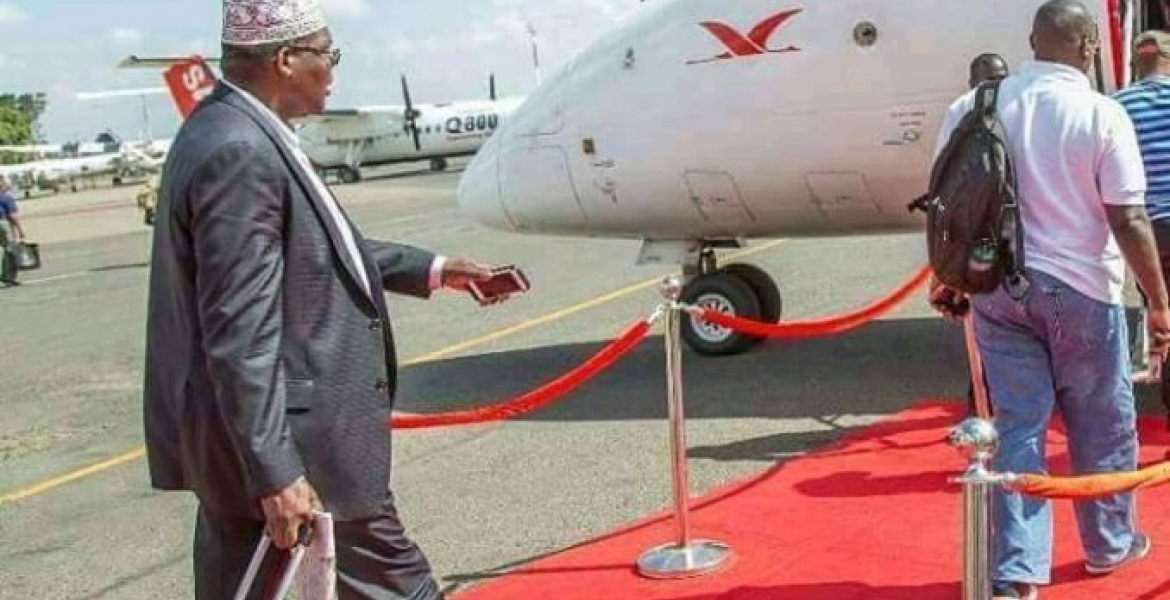 Opposition lawyer Miguna Miguna is set to return to Kenya in about one and a half weeks time.

The self-declared National Resistance Movement (NRM) general on Saturday announced he will fly to the country on May 16th, arguing that he is a Kenyan citizen by birth.

In a post on his social media pages, the controversial politician noted that the Court had issued 13 orders to Interior Cabinet Secretary Fred Matiang’i, Immigration Principal Secretary Gordon Kihalangwa, Inspector General of Police Joseph Boinett and DCI George Kinoti, asking them to facilitate his return to Kenya and issue him with a new passport.

"I am returning to Kenya on 16, 2018. I am a Kenyan citizen by birth. The High Court has ordered @FredMatiangi, @GKihalangwa, @JBoinnet and KInoti 13 times to issue me with a valid Kenyan passport and facilitate my return to Kenya as a Kenyan unconditionally," Miguna said in a tweet.

Miguna was first deported to Canada on February 6th over his role in the mock swearing in of Opposition leader Raila Odinga as people's president on January 30th.

He returned to Kenya on March 26th after the court directed he be allowed back. He was however denied entry into the country on March 28th after spending two nights in custody at the Jomo Kenyatta International Airport (JKIA).

The firebrand lawyer was denied entry to the country by Immigration authorities after reportedly refusing to comply with clearance procedures at the Nairobi airport.

He was flown to Dubai - his last port of departure - where he spent a few days before returning to Canada.

This mad man is not a Kenyan citizen but a Canadian citizen born is South Sudan. In fact I talked to the authorities about possibility of giving him a temporary Kenyan green card since he is married to a Kenyan citizen and I think they have finally done that. He should thank me for making it possible although he blames me along with Raila, Babu, and Orengo for what he claims as betrayal of Luo community for embracing overtones from President Uhuru to make peace in Kenya. Miguna is such a liar. If he is travelling on a Kenyan passport, let him show it!!!. Please Mwakilishi stop calling this madman a firebrand for it only increases his ego

I wonder whether the recently converted ODM politicians will allow anyone to "rain on their parade"?