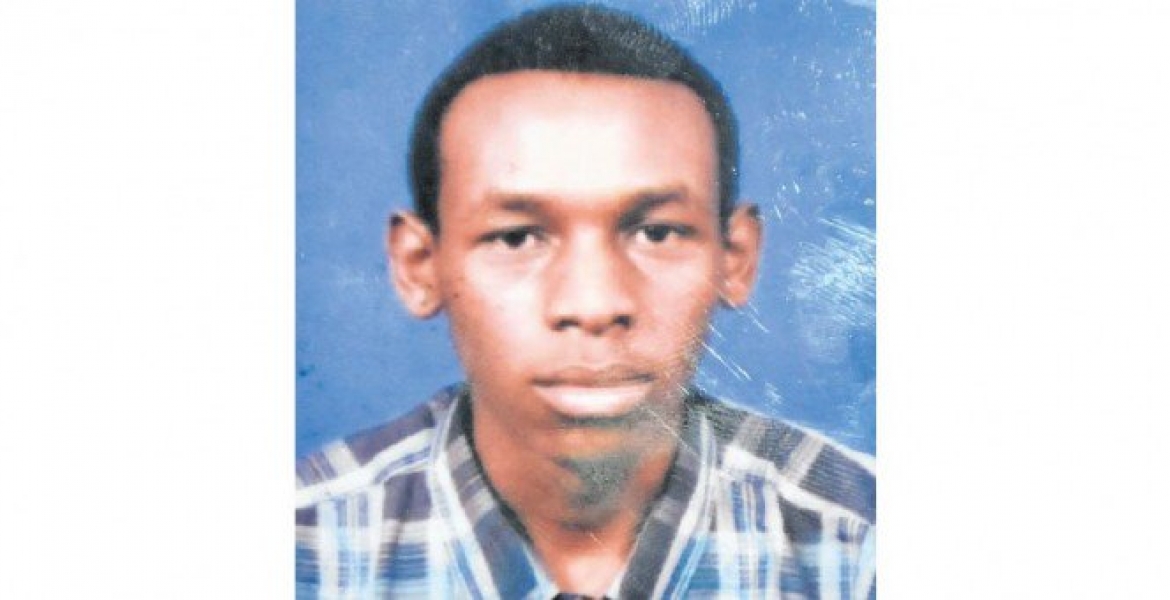 US authorities have revealed how Jeffrey Sila Ndungi, a Kenyan man currently serving a 10-year prison term after he found guilty of defrauding the federal government, was tricked into traveling to the US from Kenya, where he was arrested.

A report published by The Standard reveals that Sila had a friend in Texas, US, who informed him that he had identified an individual who was ready to purchase one of his (Sila) Treasury Checks (which he had hacked from the US Treasury) worth Sh7.6 million ($76,000) for Sh4 million ($40,000).

Immediately, Sila flew to the US to complete the transaction, but what he didn't know was that the person who was supposedly going to purchase his Treasury Check was an American federal agent.

The Standard reports that US authorities had been monitoring him for some time before setting up the trap in order to arrest him. At the time of his arrest in the US, Sila had purchased properties in Nairobi including two aircrafts, which are leased to a flying school.

It is said that he bought the two planes, a Range Rover Sport and an Escalade after hacking Multichoice's DSTV signal and was illegally selling subscriptions in Kenya and Nigeria.

He was first arrested on March 3rd, 2015, when police raided his house in South B and confiscated the equipment he was using to supply illegal TV signals. He was however released on a Sh10,000 bail after Multichoice filed a case against him.

The 32-year-old is reported to be part of an international ring of fraudsters who steal identities of American citizens and use them to defraud the US government.

So rooted is the vice among Kenyan hackers that the US has a special unit whose role is to track cyber-crime from IP addresses in Kenya. In 2015, former President Barack Obama urged President Kenyatta to push for an enactment of a cyber-crime law.

During Sila’s trial in the US, Tenisha Manning, a Special Agent for the Criminal Investigations Department of the US Treasury said she was looking into thousands of similar fraudulent tax return filings traced from computers in Kenya.

“These returns use social security numbers belonging to deceased individuals and attached fictitious Form W-2s reporting substantial wages. However many of the addresses and bank accounts receiving fraudulent tax refunds are located in the US,” said Manning in a sworn affidavit.

Such brilliant mind, we should have recruited him and encouraged him to use his skills in a positive way that would help Kenyans-and may be the world.

what are the odds?

Instead of committing intellectual crimes, it would have been more hpful if ndungi had used his intellectual wisdom to enterprise.

He would have been another Bill Gate or Mark Zuckerberg if he used his intelligence wisely. Ukora is not helpful. He will waste his 10 yrs in prison being another dude's wife or husband

They say State prisons are the worst because of the politics, bullshit, racism and type of criminal locked up e.g dangerous & violent murderers, rapists and gang members. Here, he would have to clique up to survive or be a victim.

He keeps to himself he will be fine. Lakini akileta ujuaji, jela ni jela he will get his butt cheeks busted and his head split.

The brilliant brain is a great asset when used properly...bwks..he might come out with greater ideas for the good....

I wonder how my tribesmen would be praising and glorifying Ndungi if he was not caught.It is not surprising that the Americans tricked to their jails a guy who would have been elected governor or even president for looting in Kenya.Why do we hate ourselves to the extent of electimg murderers and thugs to lead us to hell?Can you imagine a Kenyan PHD holder,ENGINEER or ARCHITECTURE campaigning or defending a druglord governor or murderer party owner in Kenya is fighting corruption?Where are we heading to?MASITHOLE TUPU

In Kenya they're celebrities

Dont undestand is it Genetics..like in the blood..I wish those skills are transferable..like have them in Flash drive....digital world Virtualization..cloud computing..cyberworld I hear there are ethical hackers use the knowledge positively Mentor others in a positive not negative bana..

The government of Kenya should be in a position to utilize such brilliant mind if it had commitment to research and development. We will have many more. What are we going to do with them? Are we going to put them in jail or help them create Superior systems of our own that we can be proud of? Let us not put our most important resource_ human resource to waste. Let us think twice what we do with this guy. We can either see the glass half full or half empty.

Such skills r bad.Hang the guy coz after 10 yrs when he is out he will continue to steal.Did they sell of his properties??They all need to b confiscated n sold but trust me akitoka from jail he will b deported to Kenya n will b shot by police immediately.We don’t need such skills in our societies.

Thevkenyan government has failed in its role,the gk has praised politicians who bring totally nothing for this country apart from insisting Kenyans along their tribal lines,ndungis brilliant mind should have been tapped to instil and encourage other upcoming young stars of this country,,,,am sure this guy lucked a employment to practice his skills,so angedanyia mazoezi wapi,,,let the government arrest more and it shall be over for this nation interns off ICT INNOVATIONS

He will come back as a man of God.

This fellow took a risk and was caught. You defraud the USA government leaving trails in the wake, you will be caught. It usually is just a matter of time.Greed did him in as well.
Was the risk worth it?I say no.Most likely all his assets that were criminally acquired will be confiscated,and when he comes out,he will be a marked man.
He will come out of prison relatively young,and hopefully use his skills legally.He cannot profit from his crimes so writing abook to tell it all is count of question...
As someone has suggested here that"he will find God in prison". Probably.The only problem is that God found within prison walls tend to remain there when criminals leave the walls.They go back to what they know how do to best-CRIME.Some come out perfected where they went wrong,or with a new criminal enterprise.This is generalization ofcourse.I hope this young man is an exception to the rule.

We condem those who tries to find away out of poverty in this f**led up system and let real monster walk Scott free.what do you call it when a government steals from you in the name of tax?The same money builds facilities which thenyou end up paying for!we are all dumb assoholes

Dont know what to comment, attended same primary school, he's even a next door neighbour from home, you may judge him as much as you want, but trust you me, every time I look back and remember how my maths teacher (his mother!) encouraged me by insisting she was certain that "sam I am sure u will move mountains!!!"
Dear mrs. Sila, we are together in this.

This brilliant mind should have been used positively, problem no jobs in Kenya which can help such minds. The mistake he did is the greed took him to slaughter

it is very sad to had that Silas had such a great skills and using it in negative perspective he could have use in positive way but that is not enough gk should deport back home Silas to serve his jail terms.

this guy is so brilliant, I admire him,i hope he'll hack his way out of prison

It clearly tells American IT gurus that their level of system security is still wanting.

What an idiot!!!It is said that he bought the two planes, a Range Rover Sport and an Escalade after hacking Multichoice's DSTV signal and was illegally selling subscriptions in Kenya and Nigeria. Let him rot in Jail....You rob USA govt then same govt invites you and come running. Techno smart but not street smart. Bure kabisa

i love that kind of brain that is similar to a fully functional computer system, on the other hand i blame the government for hiring quakes from abroad for such related projects in kenya while our own experts goes to a complete waste, i also blame the family and friends who were supporting or rather advising him negatively, but i salute him coz he is in the class of legends like Billy Gates, Mack Zuckerberg, charles babbage e.t.c

I know him and the clique very well. Jeff was taught how to do this but people who have succesfully been doing this for over 10 years without being caught. Jeff was recruited in 2005 but thought he didn't need advice from the "masterminds". Such silly confidence helped him walk straight into a trap. In fact his relatives have been serving different stretches of time in federal lock-ups in the US. Ask Kenyans in Kansas, Missouri and Texas.

Glad this thief is caught and taken off the streets. A thief is a thief whether robbing at gun point or behind a computer. Kenyatta was a Kenyan first major thief and his family is a beneficiary of that bustard’s illegally stolen properties. Many Kenyans died fighting for independence only to be robbed by Kenyatta the land they fought for!!! If you think Kenyatta was a hero or this Sila guy is a smart hacker, get your brains 🧠 examined!!