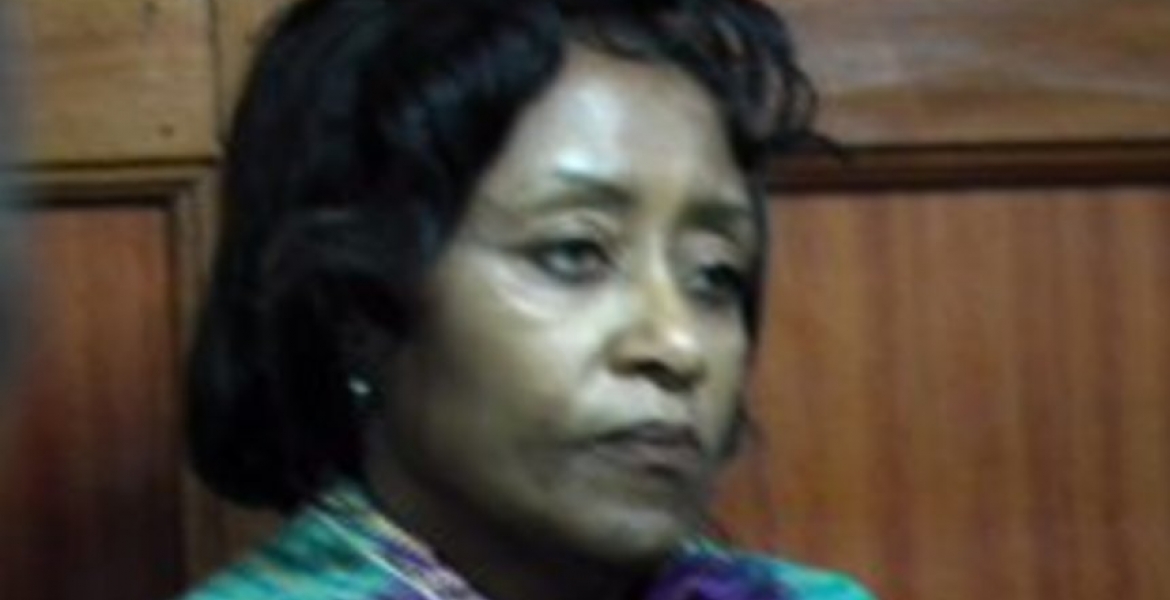 A Kenyan businesswoman based in the United States accused of shooting and killing her husband three years ago has been found guilty of the charges by a Kenyan High Court.

The Judge noted that there was no direct evidence linking Wanjiku to the murder because the weapon used in the crime was never recovered, but circumstantial evidence and inconsistencies in Wanjiku’s account of events were her undoing and her innocence was not sufficiently proven.

"The murder weapon was not recovered and produced in court. Failure to do so was, however, not fatal to the prosecution’s case as police were not at the scene during the incident and the accused had time to dispose of the weapon," Justice Lesiit said.

Testifying before the court, Wanjiku claimed her husband was kidnapped that night and it was the kidnappers who murdered him. She said she walked away after hearing a blast before their car crashed into a fence.

Wanjiku said she did not check on her husband who was driving the car before it crashed, a fact which the judge faulted.

Wanjiku was found to have changed her clothes several times between the time incident happened and the time of reporting at the police station. Witnesses said she appeared calm and did not seem to have been shaken by the incident.

She told the court that she traveled to Kenya to process a visa for her husband so they would re-locate to the US. She said she entered Kenya through Uganda but the court could not find a point of entry stamp on her passport as required by law.

A taxi driver who ferried her from Kikuyu Police Station said Wanjiku appeared shaken and disturbed and he heard a click under the Buibui she had worn, adding that this terrified him so much.

"The accused explained that the click was the buckle of her belt as she counted coins to pay him," the judge said.

The Judge said the accused's explanation that she was sleeping when their car veered off the road does not state her indifference to the deceased.

"I also considered the evidence of two witnesses who lived near the fence the deceased crashed into," the judge said. "The witnesses said they heard three loud blasts and there is no way the accused can feign ignorance that three gunshots were fired since she was seated right next to her husband at the time."

The judge said she considered the evidence of one of the prosecution witnesses who was the first to see Wanjiku leaving the scene of incident. The witness said she was calm and collected.

"That is someone who was not affected by what had just happened…I find that the accused's conduct after the shooting was the conduct of someone with a guilty mind." The Judge said.

Justice Lesiit cancelled Wanjiku’s bond and ordered that she remain in custody until sentencing. She faces either a mandatory life in prison or death penalty.

She traveled all the way to Kenya to kill her hubby instead of working ma-doubles. Kafete na peasa.

It's true that the Kibinge family hails from Mwimuto,Lower Kabete but that has nothing to do with the crime.This is the place where marriage(s) last for an avarage of fourty years.Most couples are separated by death.I worked at KIA for 30 years and resided at Mwimuto,a walking distance.

You worked for 30 yrs in Kenya Omera? The way you write on Mwakilishi inakaa kama a teen mapipa who has never been rehabilitated.

When you get into middle-age you graduate to council of elder. Mzee watu wanaheshimu and who can be able to settle disputes in your neighborhood. You can die at any age. Death does not know the age.

OMERA. Kabete is the Capital City of Widows who Literally Killed their husbands in order to Inherity Property and Enjoy it with Ndogo-Ndogo Boys. And some of these Deranged Widows go as far as Destroying Young University Male Students's Lives by putting the men on Excessive Doses of Viagra/Cialis in Quest for Greedy/Crazy (couger) Sex.

Heh , you sound so familiar with this subject :-)