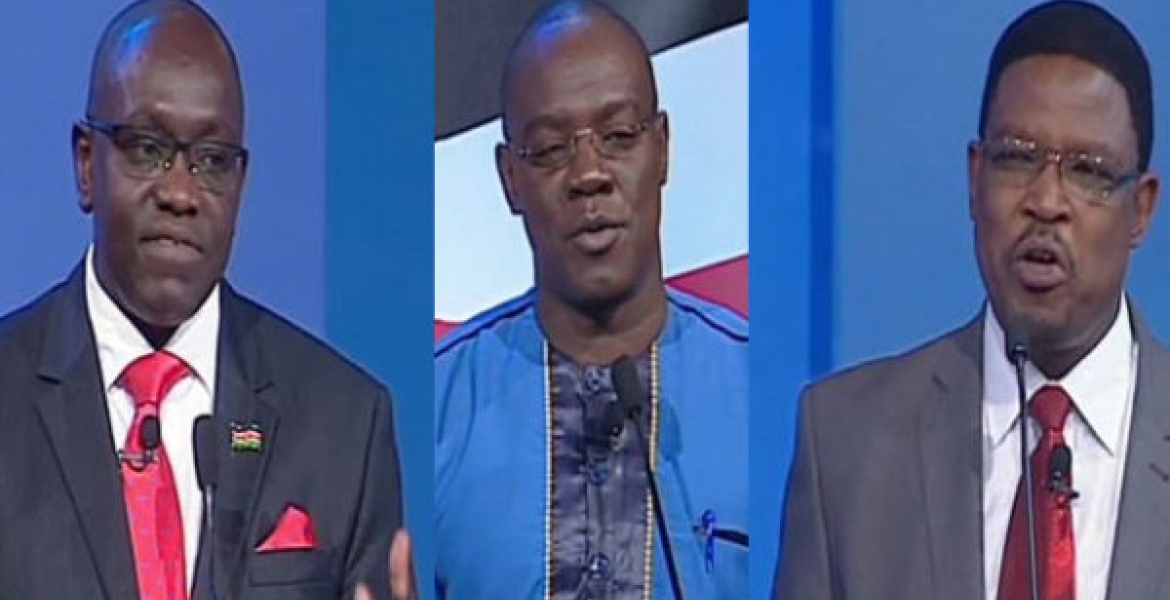 Japheth Kaluyu, a Kenyan presidential candidate formerly based in the United States, has vowed to save Kenya from the shackles of corruption and reduce taxation on Kenyans if he is elected the President in next month's elections.

Speaking during the 2017 Presidential Television debate, Kaluyu, who spent many years in the diaspora (US) said he is not been part of “system”, making him the right candidate to slay the dragon of corruption.

“I believe I'm the right candidate who can come in without any political baggage,” he said, adding that “people found engaging in corruption will have to serve time,” he said.

He also promised to build community resource centres (CRC) in all 290 constituencies in the country and ensure university students do their internship at the CRCs. “Students will choose what they want to study,” he said.

Professor Michael Wainaina, an independent candidate and Thirdway Alliance candidate Ekuru Aukot are the other candidates who took part in the first phase of the Debate.

Japheth Kaluyu be yourself on steroid not Matiang'i on steroid. You cannot be somebody else. God created you to be you.

I am full of joy and happiness now that my ex is back in my life we departed for three years till i met my co.staff who taught me how to browse for original spell caster which i did and i met this mama online www.mamareeva.co.za and explained my problems to her . She laughed and said if only i believe she would make me get my guy back in 2 days. she sent me some mbibo powder and told me how to use it and within 2 days my ex came back to me begging and screaming for forgiveness.mama is based in johannesburg ,she also helps people with financial difficulties,court cases promotion at work etc.call her on +27836708212