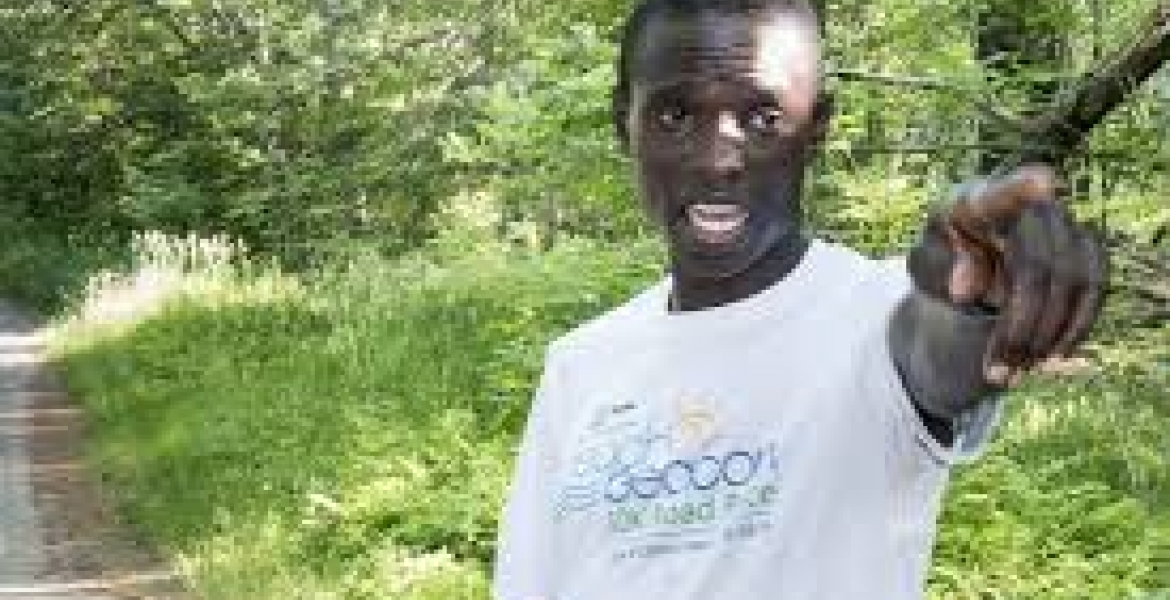 A Kenyan runner allegedly outpaced two bears that were baying for his blood in a wooded area in Maine, United States. Moninda Marube, 38, narrated to a local media on how he encountered two bears while on an 18 mile early morning training in a wooded area.

Marube, a student at University of Maine, said the two bears run after him after emerging from the woods in a nearby nature preserve in the town of Auburn. “I had to think very fast,” he told the Lewiston-Auburn Sun Journal newspaper.

The student said that he contemplated jumping into a nearby lake, where the bears were likely headed for a drink, but he decided against it because he is not a good swimmer. “I fear swimming,” Marube recounted. “I fear water.”

He also said that he also had an option of climbing a tree, but realized bears can do the same. He however, managed to seek shelter in a vacant camp building.

A wildlife biologist said that Marube’s tactics were not wise, saying that he would have simply yelled to drive them away. “He should have stood his ground, yelled and screamed and acted big and loud and scary," Cory Stearns told WCSH. "In all likelihood, the bears would have run away."

During the interview with the Sun Journal, the runner confessed to once coming upon a leopard perched in a tree while in Kenya, after separating from a group of fellow runners.

Marube fled from Kenya to Spain and Australia, and later managed to enter the US in 2010 following the 2007/08 post-election violence that left over one thousand dead and thousands internally displaced.

North American Bear Center records show that black bears have killed 61 people in North America since 1900, suggesting that the wild animal can be dangerous.

I'm with you. not all Kenyans are runners. I do not want to be tribal but his name is not a kale & he is 38

Heh I agree - this smells fake , fake from a mile away.

Anything for a scholarship

He can go Masai mara and try outpace a lion. Wacha hii mambo ya bears.

Hahaa when i read this news , i found it very interesting how somebody can Lie .first this guy is 38 yrs old based on my experience as a former elite runner, most of the super talented runners tend to slow as they hit that age. Average runners slows when they hit 32 .looking at his pic i could tell this guy is not even an average runner not unless running has lost meaning. A bear is capable of running upto 20 miles per hr there is no way a human being can out pace a fast charging bear .
In my opinion this guy was just walking or jogging at the park and he might have spotted a bear somewhere and probably took off but the Bear DID NOT actually chase him. My friend stop lies.i am 32 yrs old former runner with the following PRs
10,000m:27:04
5000m: 12:56
3000m : 7:31
1500m: 3:32
1Mile: 3:50
10k road race: 27:36
Half Marathon : 59:44
And i cant still out pace a Bear😂

wow he bearly made it