I Thought Vacuum Cleaner was a Tortoise When I Arrived in the Country, Kenyan-Born Australian Senator Lucy Gichuhi Says 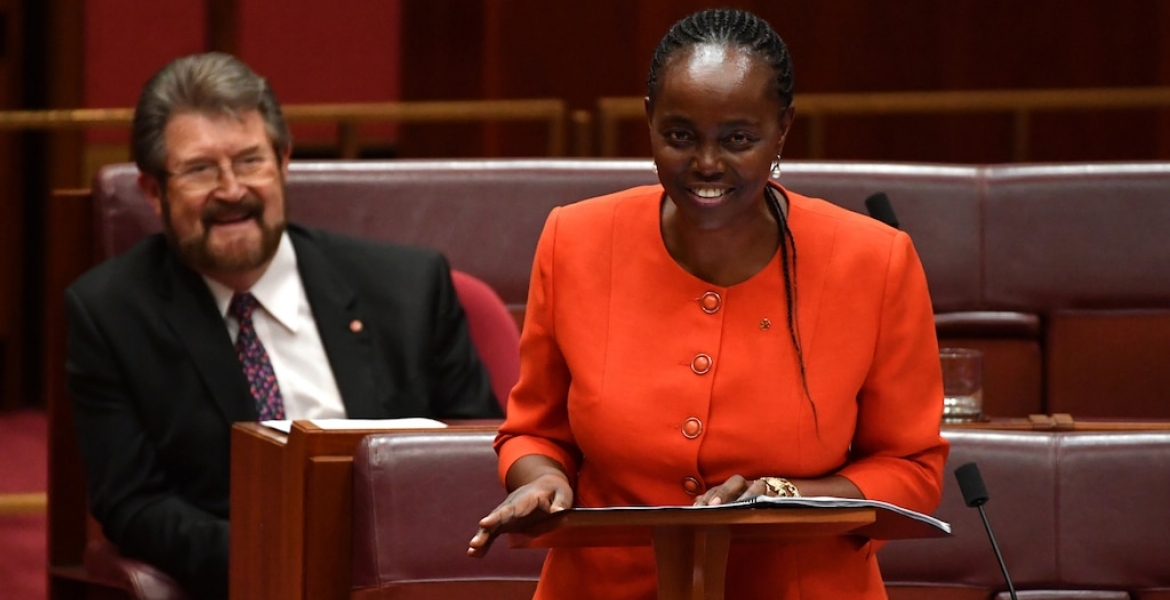 It was a moment of pride for Kenya when Lucy Gichuhi, a Kenyan native from Nyeri County was elected to the Australian Senate, becoming the first Black African in history to be elected to the country’s senate. In her recent maiden speech, Ms. Gichuhi narrated her experience in getting her way as a Kenyan immigrant in Australia.

The newly elected senator recounted how she, together with her children first got inside their house in Adelaide, and encountered a strange tortoise-looking appliance. She said that she consequently warned her children against touching the appliance, until they were sure what it was.

She continued to narrate how cleaning the house became an uphill task, as they could not clean their despite trying all they could. But, a week later, an inspector who routinely checks the house was sent, only to find the state of the carpet appalling. “The inspector asked me why the carpet was so dirty,” Ms Gichuhi said.

“I told him we had tried to do everything possible to clean the carpet but it won’t get clean...The inspector then asked me why I did not try to use the vacuum cleaner and I told him I did not have a vacuum cleaner. He then informed me that the ‘tortoise-shaped’ appliance on the wall was actually a vacuum cleaner!”

Gichuhi revealed her memorable childhood quotes in her life and the struggles she experienced trying to integrate into the Australian society, and spoke nostalgically of her mom: “She told me the only part of a woman should use to make money is her brains.”

Ms. Gichuhi, a lawyer by profession, is the newly sworn-in Senator for South Australia. A native of Hiriga, Mathira in Nyeri county, Lucy moved to Australia in 1999 with her husband and their three children.

This some bullshit.
'Thought a vacuum cleaner was a tortoise'
Anything to suck up on a White Man

I agree, this sounds like a major kiss ass on mzungu and I have met many like her who think telling white folks their sorry story makes them likable. I have never stoop that low ever to a mzungu, F that!

you are right.she is kissing mzungu ass.she knows what she is doing.and that kind of nonsense cannot fly with wafrika especially in diaspora

You are right. Hii mambo ya telling jungus how fala you were before you came to their country is outdated and old-fashion. People should stop kissing.........

This is appalling! I have lived in the US and now Canada. My experience is that people look for individual's weakness so as to capitalize on them. For her to say a vacuum cleaner was a tortoise is not only naive but stupid. Maybe for her, she had never seen a vacuum cleaner but I am sure there are Kenyans who have. To make such a statement, some folks will assume that Kenyans are primitive and stupid that they have never seen a vacuum cleaner. Given her capacity as a leader, she needs to be careful of such utturances.

This is nonsense. Even a primary school kid knows that a tortoise is an animal and a vacuum cleaner is a machine. Children books are full of pictures and she should have seen a picture of a tortoise in one of her books.