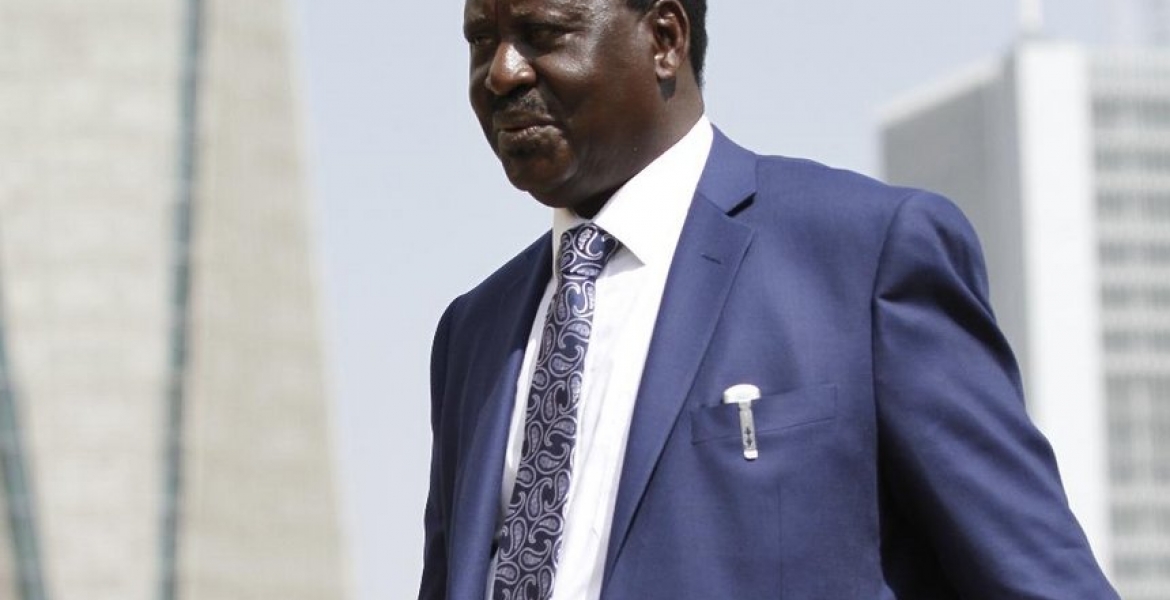 According to the supporters, the poll released on May 31st, critically lacks merit.

“Forensic analysis looked unauthentic. It appeared to favor the current government. Dr Tom Wolf, of Ipsos however ignored the fact that Jubilee runs the government and Nasa does not and that nothing changed in terms of political dynamics since the last election," said Robert Ndede, a Kenyan researcher in a New York polling firm.

Ndede noted that comparing Nasa coalition that was formed barely five months ago with Jubilee, which has been in power for almost five years is misleading the Kenyan voters.

“For a coalition which has not laid a solid foundation or even campaigned widely in the country to be compared with Uhuru’s Jubilee in terms of education, health care provision, and enhancing regional security by Dr. Wolf is an absurdity," Ndede said.

The supporters further pointed out that Ipsos found that of the 2057 Kenyans interviewed, 2 per cent approved of Jubilee’s performance in improving the health of Kenyans, while zero per cent approves of Nasa on this issue.

"Zero per cent rating may mean that all Nasa supporters disapproved Nasa agenda or Nasa was not in existence by the time its development agenda was compared with that of Jubilee or nobody was interviewed at all and that the authenticity of Ipsos data is questionable," said Joseph Lister Nyaringo, who is also the president of Kenya Patriotic Movement, a diaspora lobby group.

According to them, there was no way 45.8 per cent of Kenyans whom Ipsos survey says leans towards Jubilee would do so towards a low-rated government.

“Ipsos rates Jubilee at 1 per cent in terms of how its handling security. Therefore, according to this poll, 99 per cent of Kenyans feel insecure, but are still supporting Kenyatta. In the past three polls, Ipsos puts Kenyatta’s popularity at 50% but his government at below 10 per cent. If these polls hold, then Uhuru is overrated. Critical analysis of the surveys may depict a trend where figures are cooked to favour Jubilee," posed Ali Abdi Ali, a Kenyan living in the UK.

"If we compute the figures, according to the survey that put Uhuru at 50 per cent, the total number of people interviewed from Mt Kenya and Nyanza was 284 (26.2 per cent). Therefore 73.8 per cent were from other regions. For the President to have a 50 per cent overall, he must have gained popularity in almost all Raila’s strongholds," Ochweri pointed out.

“Falsification of data is a criminal act in any society. It robs off an institution, firm or individual credibility and trust. Majority of Kenyans are not happy with Dr. Wolf’s unauthenticated and unscientific surveys," Nyaringo said.

"Ndede noted that comparing Nasa coalition that was formed barely five months ago with Jubilee, which.." anything said about RAO and NASA is untrue and maybe exotic..says supporters. Who doesn'yt know RAO and all his buddies to claim that the coalition was formed the other day? MaDVD, Eta, Melon, etc have all been in the government for ages, so, they count in peoples' opinion, stop distracting the focus on facts.

Ndede stupidity, Member of NASA are not aliens. We have known them all along.

Job done
If a job is done and finished,he who think that job is not properly done is to put his own team in the field and give his results.
Opposition is not everywhere this is for Raila and uhuru we should be practical peopke in the field.
For example do your iwn in the state you are make one person to be raila abd the ather to be uhuru. Put two ndebes put the votes tgen count tell us the winner
Im the state i am Raila will go home by 12 noon crying tgat the truth even in kenya where they are talking ofvtge death put ndebe two by the gate Raila by 12 will gi home in short mathematics count of Raa is defeated he cant rule at tge time of Kenyatta let him wait the time of Ruto his friend wgen he will be 77 a no that is odd Ruto will defeat him in short Raila will be president at 83 tell him to wait he is our muthoni wa