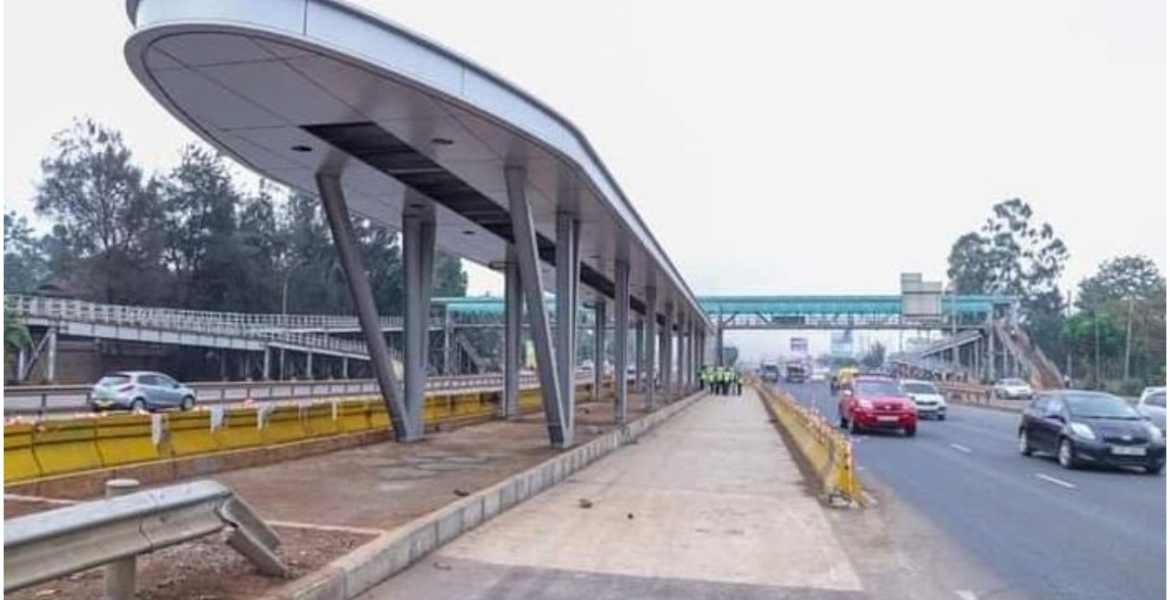 A BRT station under construction on Thika Road

The completion of the Nairobi Bus Rapid Transport (BRT) system on Thika Superhighway is taking longer due to financing delays, an official has said.

Nairobi Metropolitan Area Transport Authority (NAMATA) Director-General Eng. Francis Gitau told Citizen TV that the National Treasury is yet to release the final Sh3 billion required to complete the project, which was set to be operational by June 2022.

“If the resources are available, it can be done in six months. But the contractor has looked at our resource planning, if only a certain amount of money is available then this is the best he can do and I think we have been in agreement for the worst-case scenario to be nine months. We hope our people will continue to be patient,” Gitau said.

He further disclosed that the procurement of 100 high-capacity BRT buses is at an advanced stage.

"We received very powerful bids, we had four bids. It is still a procurement process you know administratively there are clearances that are administrative in government," he said.

Gitau has urged President Ruto’s administration to fast-track the implementation of the BRT project, which he said will revolutionize the public transport system.

Chinese construction company Stecol Corporation won the tender to install a BRT corridor on Thika Road at a cost of Sh5.6 billion. It started modifying the two innermost lanes of the highway to exclusively accommodate BRT buses.

The project also includes the construction of a parking lot at the Kasarani area for private car owners to leave their vehicles there and use the high-capacity buses for the remainder of the journey.

The government intends to put up at least six BRT corridors in Nairobi as part of its plan to decongest and improve the public transport system in the city.

When complete, the Transport Ministry said the corridors will accommodate up to 1,000 high-capacity buses, thus reducing travel time and cost by up to 70 percent.

Why does it look like all the developments during Kenyatta regime were concentrated in Kikuyu land? There is the Thick Super Highway, The Tatu city money was taken from the Konza City, The modern hospital , the BRT……. What happened to the big water Dam at Makueni? Also the SGR expansion not to mention the Highway that that is going to be constructed next. Just asking

The other projects were looted by Uhuru, Ruto and their family & friends.

They are ghost projects . White Elephant.

Loans taken but nothing built.

They have bus stops in the inner lane of a very busy expressway. There were better, cheaper and safer alternatives; but they selected the killer alternative.