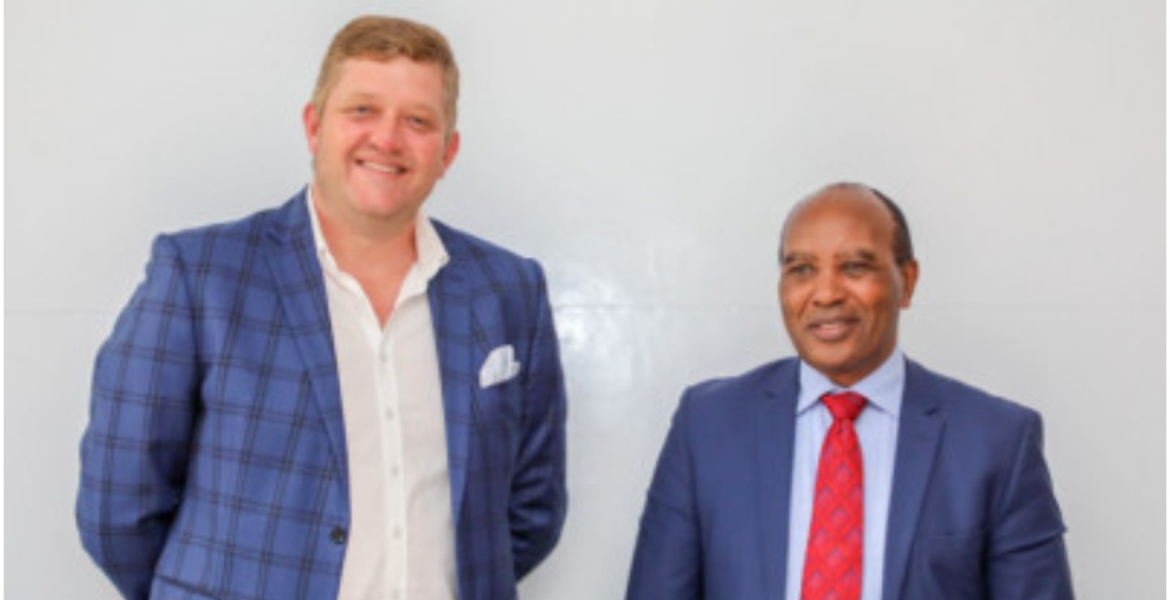 This comes after the county government of Nyandarua and KFC agreed on an outline that will entice farmers in the county to sell their potatoes to the eatery’s local franchise.

The deal was made following a consultative meeting held in Nairobi on Friday between Nyandarua Governor Francis Kimemia and Jacques Theunissen, the Chief Executive Officer for KFC East Africa.

“The two parties agreed to the creation of strong linkages with our farmers in seed multiplication and high-quality potatoes production not just for KFC but other diverse markets to ensure the sustainability of the production,” Nyandarua County said in a statement.

Theunissen pledged to organize a sit-down between prospective processors and Nyandarua farmers with the aim of achieving the high international standards required of the potatoes. Further, the parties agreed to form a joint technical committee to deliberate the details of the pact with the next engagement scheduled for Wednesday next week.

“Whilst 80 percent of products from KFC in Kenya are locally sourced, there still remain immense opportunities in the supply of processed potato opportunities which Nyandarua will grab both directly and indirectly as the county moves to also establish high-quality processors through the co-operatives.,” Nyandarua county added.

Governor Kimemia reiterated the county government’s commitment to continue strengthening cooperatives in the county in order to form strong relations with KFC and other potential buyers.

“Through the potato tissue culture project, it will be possible to rapidly multiply any seed variety required by the market. We are using the latest technology to produce quality seeds at our Oljororok seed multiplication unit,” said Kimemia.

On Thursday, Agriculture Cabinet Secretary Peter Munya announced that there was a deal being worked on that would allow a section of Kenyan farmers to supply potatoes to KFC.

The development comes after Kenyans on social media called for the KFC boycott earlier this month for ignoring local farmers and shipping potatoes from overseas. The outrage followed an announcement by KFC that they could no longer serve chips to their customers in Kenya after their imported potato stock ran out.

The restaurant chain attributed the shortage to a rise in demand for French fries during the festive period and a hitch in the global supply of potatoes due to the pandemic.

Give credit where it’s due….congrats on that one governor!

@ Mugukuyu, actually the twitter,and other social media that helped to effect this change were driven by the masses. If you have followed my comments here, I have always stressed that the only way change will occur is when wananchi say enough is enough,and protest. Much like they did here...
Yes, we the people have the power. What we need now is to protest,and force these corrupt leaders out of office.
I am still disappointed in the judicial system for slapping Ongili on the wrist for attempted murder.I dont understand why the law society of Kenya is silent on this miscarriage of justice.They should lead wananchi in protesting against injustices in the country.

Comrade Maxiley,
I totally agree with you.
My question THOUGH is, how are we going to change the KENYANS electorate from using their tummies and START using their heads and hearts???
You know well enough that I always get bashed after my calls for mass protests.

Covid has reduced superiority of America and the West to nothing. Their advanced knowledge and tech couldn't resolve it 3 years on. But China must be punished for this weapon

I hope this makes Kenyans realize how much power they have because they can make their "waheshimiwa" heshimu their taxes and work day and night to do what they were elected to do. Thanks KOT