Peter Ndegwa Officially Takes Over as the New Safaricom CEO 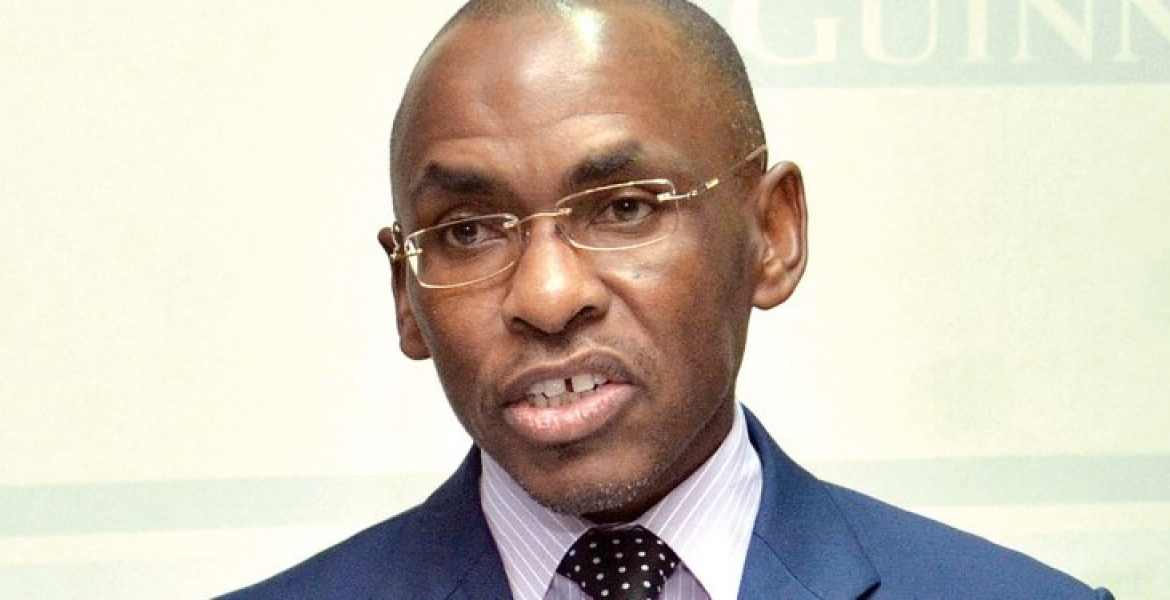 Peter Ndegwa on Wednesday, April 1st, officially took over as the new CEO of Safaricom following his appointment last year.

Ndegwa was appointed to the position in October last year to replace former CEO Bob Collymore, who died of cancer in July 2019.

He assumes the role from Michael Joseph, who has been serving as the CEO of the giant telecommunication company in an acting capacity since July 2019.

Until his appointment to Safaricom, Ndegwa was serving as the Diageo Continental Europe Managing Director. He has been at the helm of British alcoholic beverages company since July 2018.

Ndegwa is an alumnus of Starehe Boys Centre and holds a Bachelor’s degree in Economics from the University of Nairobi and an MBA from London Business School.

After completing his MBA, Ndegwa assumed key duties in corporate advisory and project management in leading European and American banks and insurance businesses.

He later joined the global consulting company, Price Waterhouse Coopers (PwC) as a consultant in 1996 and relocated to London, the United Kingdom under its talent development program.

In 1999, he moved from the accountancy practice to the Consulting and Corporate Finance Unit at PwC. Ndegwa returned to Kenya in 2002 and worked on several corporate advisory duties in the financial services sector.

He later in 2004 joined East African Breweries Limited (EABL), a Diageo subsidiary based in Nairobi, as Strategy Director and is credited for introducing Senator Keg, which has since become one of Kenya’s most iconic beer brands and was recently featured in the Harvard Business Review.

In 2011, he was moved to Guinness Ghana Breweries plc. and later Guinness Nigeria plc., both Diageo subsidiaries, where he served as the CEO.

In July 2018, Ndegwa left Nigeria to take up the role of Diageo Continental Europe MD, where he was overseeing business operations in 50 countries in Western and Eastern Europe, as well as Russia, the Middle East, and North Africa region.

“Instead of just looking at what governments can do, we need to acknowledge that large organizations can improve society and shift how people think and feel. For me, this is about working with others to build sustainable businesses that can make a difference in people’s lives,” said Ndegwa following his appointment to Safaricom.

Woiye, at the wrong time.

The teeth just tells you all., wacha tuu I seat back and enjoy Afro cinema

All the best Peter Ndegwa! Only insecure human would go to low to describe your teeth to ejaculate with jealousy aka a commentor above. Steer SC with confidence and courage.

Mark how much he has right now and keep on tracking his wealth every 6 months. Kenyans are known for stealing.

He's filthy wealthy....with old money to boot. I think was in the grapevine a few months ago with "fixing" share prices of one of his late dad's fortunes..... and his predecessor sold off his shares at Safaricom for 31m just before the rest of us could appreciate the future effects of COVID19. These are crooks who live off our sweat and blood.