Uhuru to Hold Talks with Trump in Washington, DC 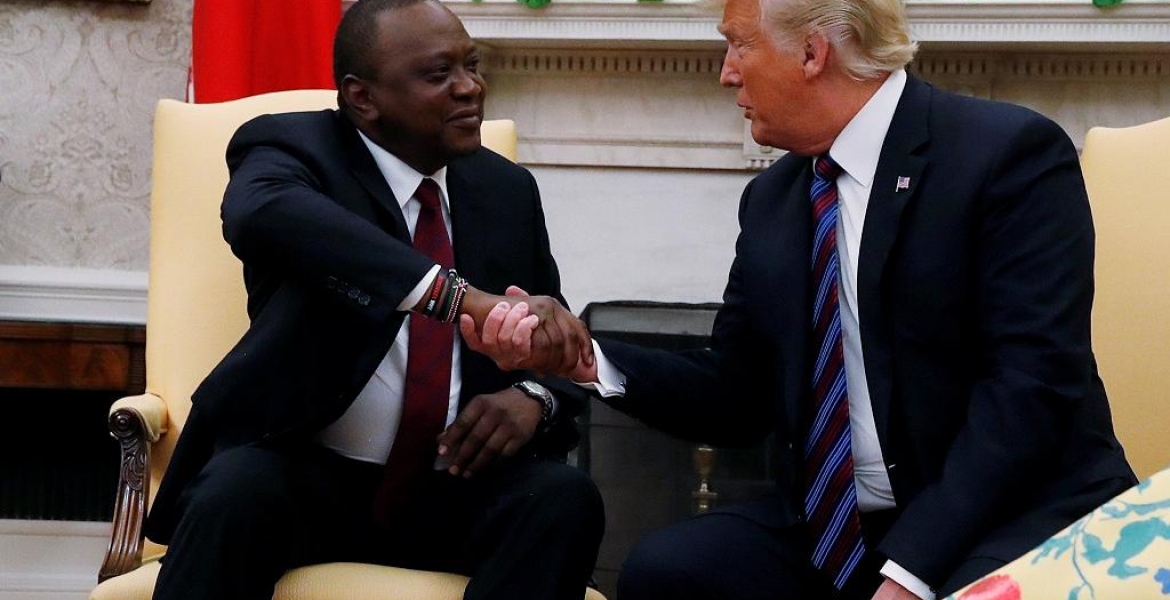 President Kenyatta is this week scheduled to hold talks with his United States counterpart Donald Trump in Washington, DC.

The meeting between the two leaders comes as Kenya and the US prepare to start negotiations on a free-trade agreement (FTA), America’s first such deal with a sub-Saharan nation, according to Bloomberg.

The Trump administration reportedly wants to use the agreement with Kenya as a model for future trade pacts with African countries.

President Kenyatta left the country for the US on Monday to attend the country’s 68th National Prayer Breakfast after an invite by the US Congress. Kenyatta, alongside ODM leader Raila Odinga, is expected to give a talk on their March 9th, 2018 handshake at the two-day function.

As long as they know we want secession.

President of shit hole country. Ask for an apology on behalf of all africans