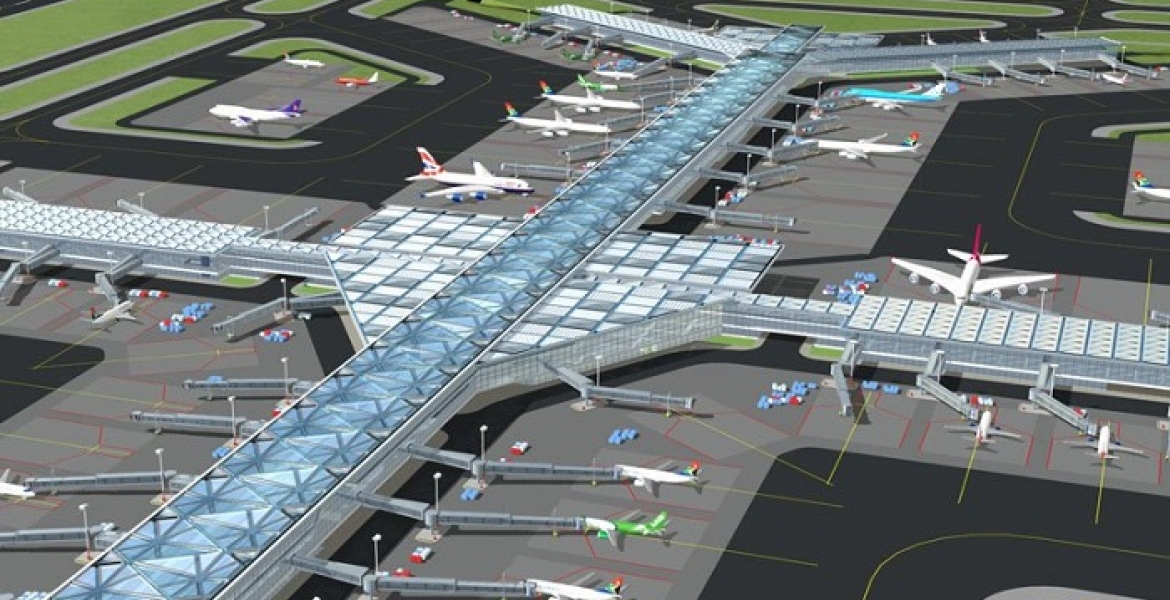 Qatar Airways is set to take part in the redesign of Bugesera International Airport in Kigali following a deal with the Rwandan Government.

Qatar Airways reportedly agreed to take up a 60 percent stake in the new airport project that is valued at $1.3 billion (KSh.132 billion), Reuters reported.

Speaking on Monday, Rwanda Infrastructure Minister Claver Gatete said they are searching for a contractor to build the mega airport.

When complete, the airport will be able to handle more passengers than Kenya’s Jomo Kenyatta International Airport (JKIA), which has an annual passenger capacity of 7.5 million. JKIA is currently Kenya’s and East Africa’s largest airport and serves as the regional aviation hub, but this status could be threatened by Rwanda’s news aerodrome.

I applaud the Rwandese for seeing far. Rwandair not Ethiopian will be unfortunately be the one that will wipe KQ is nothing changes. Stuff like this makes me more upset with the Uhuru regime. JKIA with only one runaway.. a country of over 40 million with an embarrassment of an airport... how advices this people really... congratulations to Rwandese!

hehehehe @James U don't really need 2 runaways!!Majority of the airports require only 1.Check the biggest busiest airports like Dubai/Newyork/Atlanta has about 2 n u cannot compare them with JKIA.Ethiopia is busy but has only 1 runaway so Rwanda is way way far from having 2 runaway coz it's not busy??.

When your capital city is taken over by primitives like Sonko and drunken Uhuru has the national mantel along with thief in waiting WSR, sky becomes the limit in foolishness and backwardness. At the current rate, Rwanda will overtake us like lightening. They hired an incompetent mzungu at JKIA from Poland to manage thinking some magic will happen kwasababu ni mzungu. Stinky toilets still exist, the place still looks dark even though lights are lot, too many idle employees some picking their noses and custom officials looking for bribes hadharani.

My thoughts as well Mugikuyu. Macharia said there is no money value in construction of a new airport. Talk of visionless leadership. My wife landed there a few days ago and the idle guys were asking for money openly.. No offense Mkenya halisi but I beg to differ. Major airports have many runways.. 5 to 7.. Chicago 9...imagine wide.. an accident? Jkia is nice nationally but internationally... way below par.. as in way down. But there is hope.. point is we need a better gateway airways otherwise Kigali and Dar will make Nairobi slowly kneel...

Kenyas priority is build a second runway at JKIA and complete the JKIA rironi freeway. You win on product not size

It took Rwanda a genocide for them to wake the F up!! Kagame has been making moves both locally and internationally, pushing Rwanda into the international scene. Wasn't it recently that he had a meeting with the Qatar govt and now Rwandese citizens have visa free entry to Qatar expanding trade and eliminating the slave like jobs for its citizens that are usually common by the Arabs to Africans. Wakenya bado ni kelele tu. #Revolution

IF Qatar pays 60% of the construction of that airport, will, "According to CH-Aviation, the deal itself will allow Qatar Airways to not only build the airport, but to own and operate the facility well into the future". https://simpleflying.com/qatar-rwanda-airport/

When will Africans ever benefit from their resources? This will be another SGR in Africa where African leaders just give away everything to colonist, by the time they wake up, it will be too late. Kenya is trying to review SGR, Chinese blocked it.