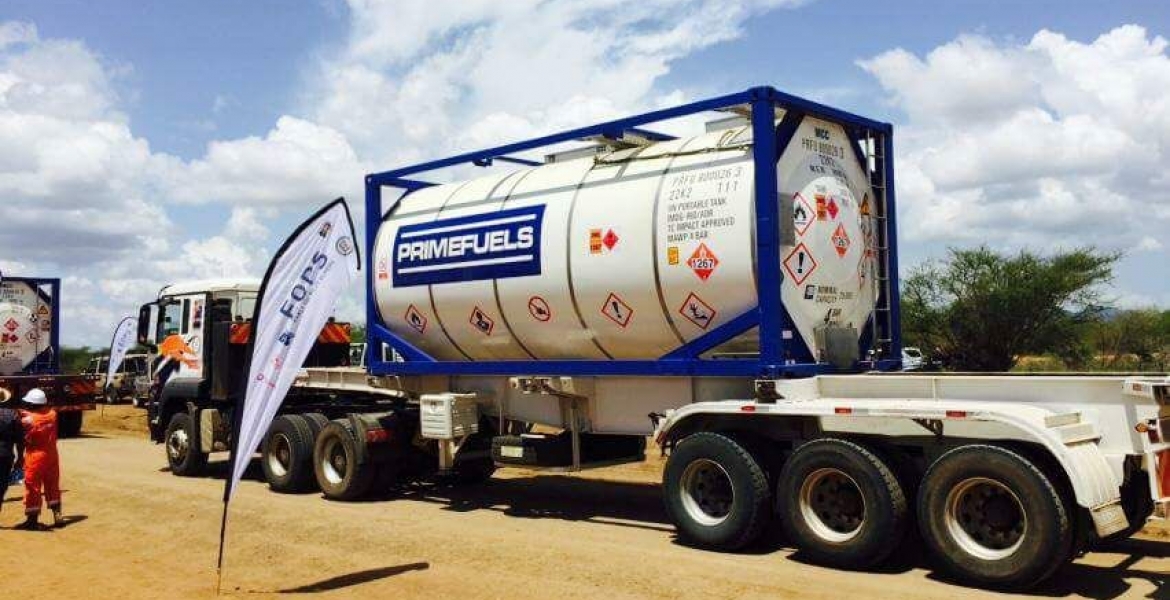 Kenya on Thursday sold 200,000 barrels of crude oil, becoming the latest nation to join the league of oil-exporting countries.

President Kenyatta broke the news about the sale of Kenya’s first crude oil during a Cabinet brief at State House, Nairobi on Thursday. He said the country earned $12 million (Sh1.2 billion) from the deal.

“We are now an oil exporter. Our first deal was concluded this afternoon with 200,000 barrels at a price of 12 million US dollars. So, I think we have started the journey and it is up to us to ensure that those resources are put to the best use to make our country both prosperous and to ensure we eliminate poverty,” Kenyatta said.

The sale comes a year after Kenyatta flagged off trucks carrying crude oil from Lokichar in Turkana to Mombasa for storage at Kenya Oil Refineries Limited.

At the time, the government announced that it would only be able to export the oil for sale after hitting 200,000 barrels.

this will only benefit the thieves and the elites also wenyenchi, the common mwananchi will ofcourse continue to pay high fuel prices and get raped even more. rotten nation

this will only benefit the thieves and the elites also wenyenchi, the common mwananchi will ofcourse continue to pay high fuel prices and get raped even more. rotten nation

May Allah guide Kenya in a peaceful Oil business transient...hoping to eradicate poverty.

Hoping the leaders wouldn't turn the blessing to a torn war country just like other African rich oil nations. Because we're aware most of the leadership have heavily invested in the oil industry right from the exploration.

sasa Pipeline should be halfway to Mombasa instead of road transport..NKT

Good start for 254 republic BUT so long as Turkanas get their allocated 15% royalty allocated to the county and its citizens. Otherwise its going to be a rough road to rip the benefits of this black gold. Gova waheshimu what Turus want the it sahll be smooth

Many african oil exporting countries like NIgeria,Angola,Sudan,have nothing to show for it.Where as the Arabs are living pretty well,despite their women being "oppressed".
Why dont we make oil expenditure very transparent.Infact make it public so that if one eye misses a sticky finger,another eye will catch it?

Please elect me president and I’ll make sure our oil is only used for our citizens and for infrastructure projects. I’ll also kick out all foreign investors; Chinese and American unlike. Africa is for African! Viva Africa.

Why export just so you can join the the oil exporting countries only to import the same. Stupid has no cure.

If they have been stealing the little money that we had before the oil issue, thievery and looting(sorry) will only multiply in a phenomenal way, like never before.