'Hustler' DP William Ruto Returns to Kambi Ya Kuku Where He Once Sold Chicken to Motorists, Launches Chicken Auction 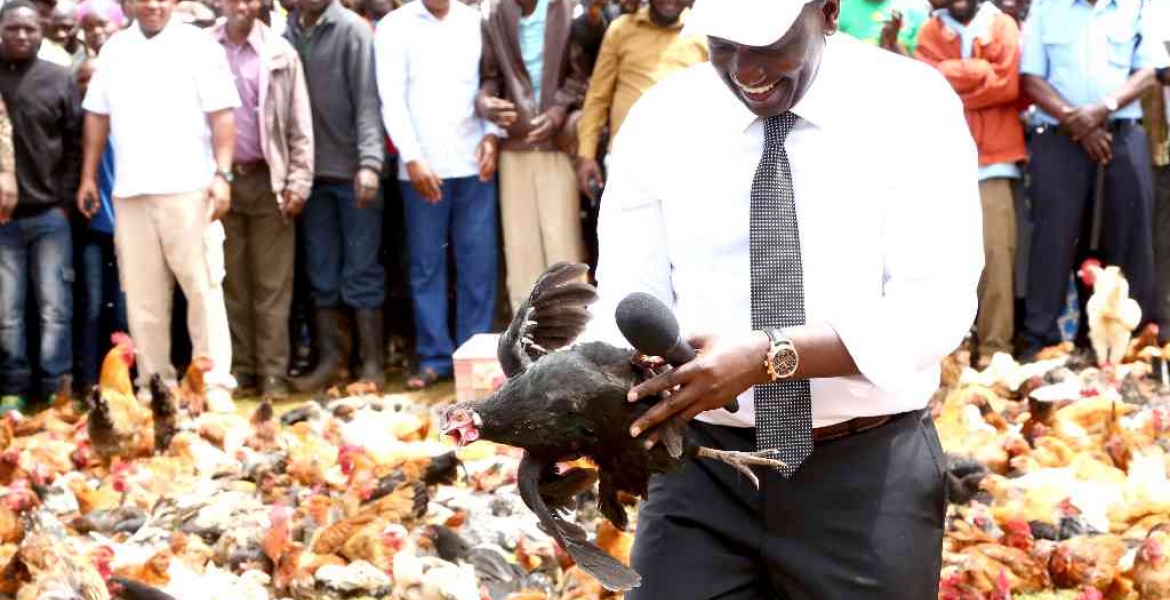 Speaking at Kambi Kuku during the launch of the first chicken auction in the country, Ruto pledged to support the youth doing the chicken selling business.

“The farmers will make use of a slaughter house and cold store rooms that will ensure chicken is fresh and safe for human consumption,” he said at the auction that raised Sh6 million.

The DP said the move will help eliminate middlemen who exploit chicken farmers by purchasing the birds at a throw away price and later sell them at high prices. Ruto stated that the initiative is one of the Jubilee’s big four agenda- food security.

The auction brought together small-scale poultry farmers from the area, with a total of 5,000 chickens sold at Sh1,200 each. He said that poultry farming will transform the lives of women and youths.

“Even the richest man on earth, Bill Gates, agrees that it is through poultry keeping that we can eliminate poverty," he said as he urged the county government to help them form cooperatives.

He choose to hold a black chicken to be specific ya kike..mayai ya ..quiro..ilienda wapi