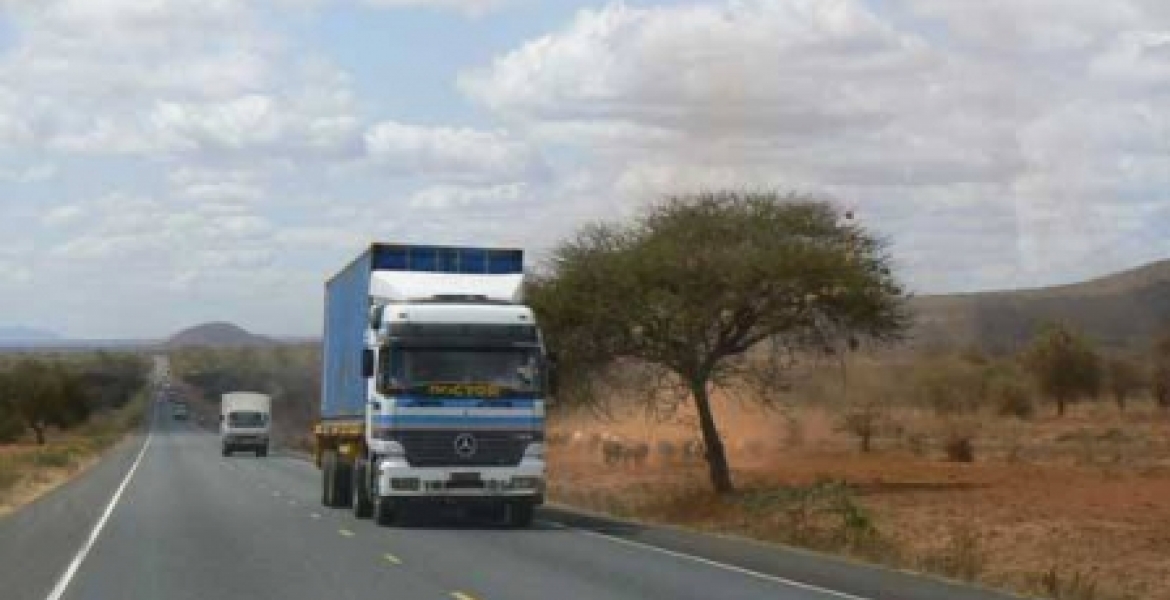 Kenya has contracted a US-based firm to construct a multi-billion Nairobi to Mombasa high speed superhighway.

The Kenya National Highway Authority (KeNHA) said it will oversee the construction of a new high-speed highway that is expected to cost the taxpayer Sh230 billion.

Kenya Highway Authority inked deal with Bechtel International, a US-based engineering company to construct the road that is expected to reduce hours of travel between the two cities to four hours only.

"Bechtel has been selected to build the first high-speed expressway in Kenya. The 473-kilometre highway will improve connectivity and safety," KeNHA's director general Peter Mundinia said.

The multi-billion project will be financed by the US Export-Import Bank and Overseas Private Investment Corporation. "The highway will have four lanes with provisions for future expansion to six and 19 interchanges, It will reduce time taken to Mombasa from Nairobi to roughly four hours" Mundinia said.

Bechtel is one of the largest global construction companies and has already set up its African office in Nairobi.

Good. China needs to be SCREWED out of the way.

And the Inking of this Deal is 1 of the Reasons why (I guessed right) John Kerry was Shy of/ shy(ed) away from "Rubbishing" the Just Concluded Shambolic 2017 Election. Good for him and Bad for Raila.

Redanducy,those who does planing in Kenya have less brains. How can to project of same type be done within short time. SGR started running this yr and now highway which is less than four hours,does it mean it's only roads or transport which is in priority to Kenya people?How about health? Security? Food shortage? Employment?.Hey hold on is this highway constructed on loan?. Who pays for this loan and for how long will it be paid?. Now America is going to indulge in Kenyan corruption again,

I have seen lots of kenyan roads constructed without shoulders for emergency purposes or incase you are pulled over by police .Durable roads take a while to wear out if they are maintained.

Hopefully this USA company will deliver like Chinese even before time??I hope the Kenyans got a beta deal with lower interest juu this western companies u end up paying lots of top up cash comparing with our good Chinese investors.Kazi iendelee jubilee tosha til 2032

Chinese are NOT Good people. Go live in China and You Will See how "you will be pulled out the Commuter Bus" and told to look for Other Means of Transport: Foot or Bicycle. They also go around SLAPPING Kenyan Employees on the job in Kenya. American Employers will FIRE you if you mess or things get eorse; NOT Slap You Around like a kid. And have I mentioned MATUSI from these Orientals? Huh!

Kangol, I totally agree with you. Kenyan roads are built with soft shoulders or no shoulders at all and that bothers me a lot. In fact most of the Kenyan roads should not only have hard shoulders for pulling over but also sidewalks because people walk a lot.
I hope the US company brings the US standards on that Mombasa super highway

I do think nyali bridge need extra help. Build road along shore line to decongest Mombasa traffic. Then likoni road is narrow. We can do good by building best roads and then let motorists toll pay .lots of tourists, businesses will bloom

Mmmmh happy to hear pple talking about developments coz they have seen it.Other day u guys rubuked n cursed Uhuruto not to win.Diaspora wazungus mablackii Africans foreigners what happened????I insisted here many times that Uhuruto will take thizz countries into higher heights n by 2022 u diasporas will b coming home like me.

Jubilee kazi ENDELEE! 4 lanes super highway each 2 lane or each road will consists of 4 )lanes?and if its gonaa be like that wonder no.12 for small cars,no.3 for buses and matatus,and no.lane for heavy commercial drivers lorries.

labours,truck drivers,Security personnel all that job goes to Kenyans! Engineers,surveyors,Supervisors and Site managers goes to the Americans. Jubilee kazi endelee! Thanks jobs will be created in these huge project.q

Jubilee kazi ENDELEE! 4 lanes super highway each 2 lane or each road will consists of 4 )lanes?and if its gonaa be like that wonder no.12 for small cars,no.3 for buses and matatus,and no.lane for heavy commercial drivers lorries.