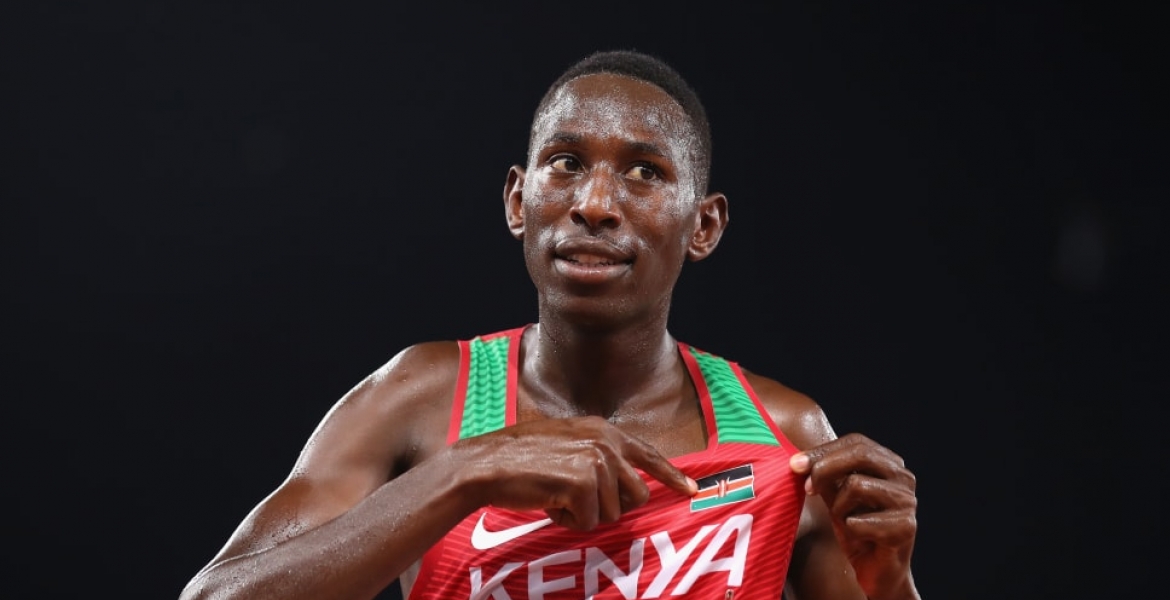 Police in Nandi County are searching for Olympic champion Conseslus Kipruto after he allegedly eloped with a Form Two girl.

The teenager had been reported missing but she was found a few days later with her parents claiming that Kipruto was staying with their daughter at his home in Chesumei.

The girl declined to disclose where she had been but after going through her phone, her parents learned she was in communication with Kipruto, 25.

They claim the world 3,000m steeplechase champion defiled their daughter and have since been taken her to the hospital for examination.

“A report was filed at Mosoriot Police Station by the girl’s parents, who are complaining that Kipruto defiled their daughter. We cannot immediately confirm whether the girl is a minor or an adult. However, we are looking for the athlete whose whereabouts remain unknown,” Omukolongolo said.

“Upon arresting the suspect, we shall record his statement and thereafter conclude investigations into the defilement allegations,” he added.

Poorly written story! Journalism has gone to the dogs!

If the girl Is a minor whether sex was consensual,or not,then certainly it's statutory rape.
What a shame.Apparently Kipruto is hiding.Such cases have been known to disappear after money have changed hands.Lets hope this case will be different.The girl's parent appear to be mad,as well ,they should about the whole incident.So I hope no amount of cash will buy justice to their daughter.

Visit a is just chasing a KK(KITU KINONO).The case might even has ended before MWAKILSHI published it after the police boss and girl's parents pocketed some hundreds of thousands.

Kipruto, just pay dowry to the parents. Case closed. Happy ending. Otherwise you are going to be accused of statutory rape.

IAAF will not let this jinga to run again. In the west such people are called sexual predators. His visa will be cancelled real soon.

Does he love this gal... if so marry her and take her to school to complete form 4 but do not mother kids with her till she finish school. Then this fool will go find another one and the this gal will be dumped ... wewewewe… poor us women.