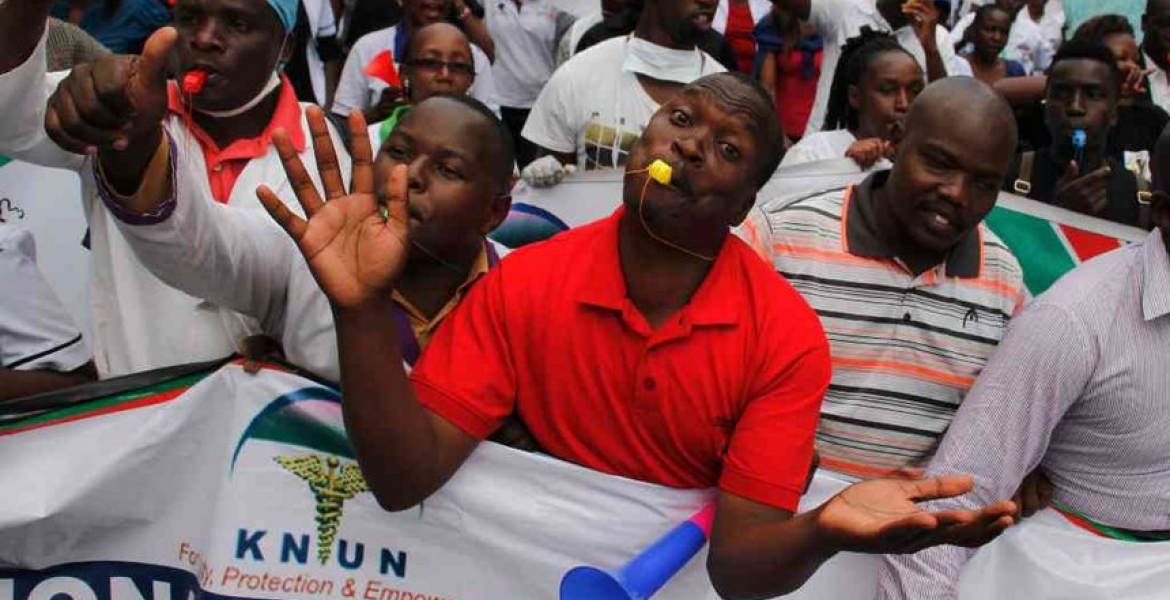 Kenyan nurses have called off their strike that lasted for five months after signing a return to work deal with the Council of Governors.

In the return-to-work formulae inked on Thursday, the County and National governments agreed to increase among others uniform and nursing allowance.

Council of Governors (CoG) Chairman Josphat Nanok said the strike ended following consultative meetings between Kenya National Union of Nurses, CoG and Ministry of Health. "We have reached a consensus that the nurses will get a uniform allowance of Sh15,000 between 2018 and 2019 and that will be increased by Sh5,000 over three years," said Nanok.

The medical workers will also get Nursing Services Allowances of Sh23,000, which will be raised by Sh3,500 over the same period.

"We have agreed that within 30 days, a CBA will be formulated and signed. The union's leaders agreed to call off the strike before close of business on November 3."

The Governors also agreed to withdraw all court cases against the nurses and pay them salaries for the five months they were on strike.

"All withheld nurses salaries will be deposited in their accounts by end of November and all court cases related to industrial action withdrawn."

"Though we end the strike today, I would say what has happened to the health sector in the last 12 months is regrettable," said Mailu. "We would not wish to take such a route again. It has been a long and tedious journey but all in all, we have managed to strike a deal," he added.

Calling off the strike, Nurses union secretary general Seth Panyako said it was regrettable that it took more than 150 days to resolve the strike.