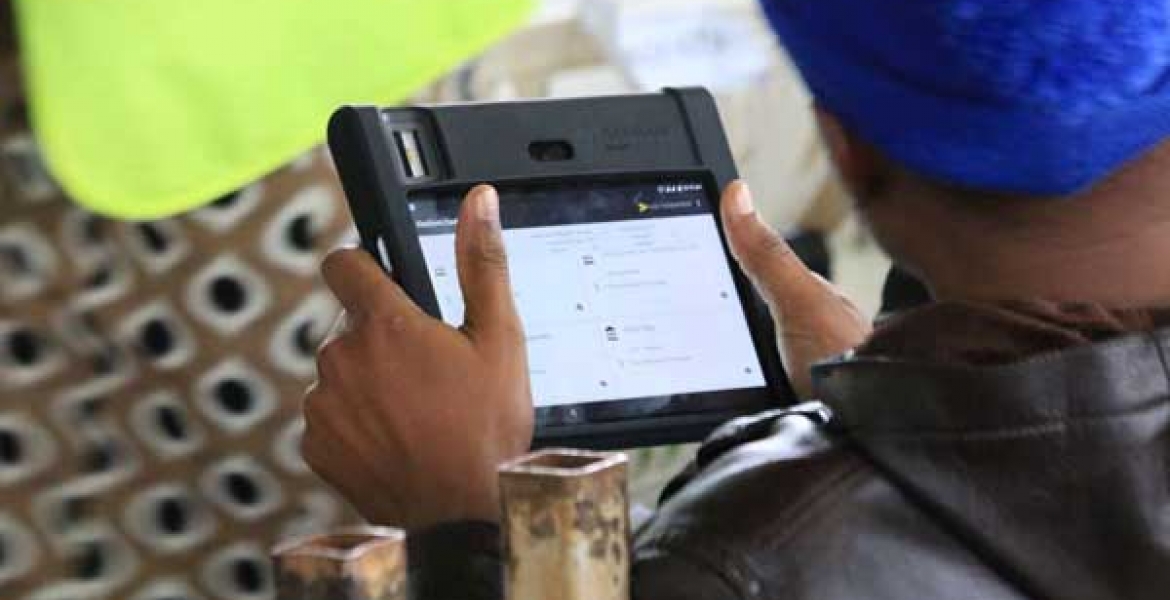 French biometrics firm OT-Morpho that supplied Independent Electoral and Boundaries Commission (IEBC) with IT services and result transmission system says it will move to court to sue unnamed individuals in Kenya and in France for defamation.

OT-Morpho said that its reputation was badly damaged after claims that the electoral commission servers were hacked into to manipulate election results.

The firm said that a forensic audit on their systems revealed that no unauthorized individuals were allowed to access into the IEBC IT system which it was supporting.

OT-Morpho Chief Operating Officer Frederic Beylier told Bloomberg it will not allow attacks that tait its name, saying they will sue for damages.

“We do not intend to become the scapegoat of the political situation in Kenya. We do not accept that reputation of OT-Morpho and its employees is tainted in any way by these allegations. This has to come to an end,” Beylier is quoted by Bloomberg.

Opposition National Super Alliance (NASA) presidential candidate Raila Odinga has continued to insist the system was hacked into and the August 8th presidential results were interfered with to the advantage of President Uhuru Kenyatta.

Raila filed a petition at the Supreme Court following the declaration of Uhuru as the winner of last month's poll. The court overturned the poll claiming the electoral commission failed to adhere to dictates of the constitution in conducting the election.

The OT-Morpho official did not, however disclose the identities of the persons it wil be taking to court.

In a letter to the French government, the opposition called for investigations on OT-Morpho for being involved in electoral fraud.

These Morpho people are Corrupt People who see Africans as their Gold Mine for their Cheap Stuff (to say the least). And the MONEY could be Shared by Some Jubilee Insiders in Cahoots for this Norphos Compensation. Bull!!!

Exactly why making claims not supported with verifiable facts is dangerous. The damages in this case will be humongous. Image, reputation, opportunity cost, and punitive damages may go into the billions of dollars. I'm hopeful the courts can accelerate the process so that these goons can reap what they sowed early.

Good that some people will stop kupayuka payuka without a second thought or evidence.

Thanx OT- Morpho. A good lesson to reckless Kenyans to watch their tongues

I applaud This company and I knew this was coming. They should go after NASA who made allegations and independently sue Wetangula, Raila, Kalozono and any other principals. Thats when the rubber will hit the road. They should also sue Chief Bure kabiza Maraga. Ruling against fraud with no evidence. Way to Go OT Morpho. If the elections is worth 20- billion trust and believe they will be looking for over 100 billions

This is bullshit. Bring it on. Chebukati admitted in a memo to Chiloba that unauthorized individuals logged in more than 9000 times into the system using his username and password. The username and password were created without Chebukati's knowledge. That is called hacking idiots. In fact the suits will serve us better because those servers will now be accessed by all sides and we will be able to know whether Uhuru actually won the elections. So bring it French people

Kamau wa Banana! You are the idiot. Log in into a computer is not hacking. Hacking is when you penterate firewalls and gain access illegally or unauthorized. You must be computer illiterate and if you are not, then you are naive. But if you want to be like your godly 5 (4) principals, then it's okay.

Sokora you are just full of shit. The French firm alleges and I quote, "no unauthorized individuals were allowed to access into the IEBC IT system". On the other hand, Chebukati says in his memo to Chiloba that, two unauthorized individuals accessed the system using his password without his consent or knowledge. You are an idiot to believe whatever the French cartel tell you. They are not scaring anybody by lawsuits, bring it on. I hear they are filing it in DC, that's even better.

Kamau wa Banana, Just go back to school and learn what firewalls are and their purpose. Hacking is not using someone's password. Passwords are authorized; hackers break through firewalls. Done with you buddy.

logged in 9000 times? @Kamau wa Banana, at what period of time were those log-in done. One day has 86400 seconds. In one day that will be impossible. In two days it is also impossible. Three days also impossible because once you log-in you spend time using the system and somebody else cannot log-in using same username & password.

@Kenya, it is possible to login more than 9000 times. Don't you think it is possible for the two individuals to have distributed the same passwords to other crooks to help in manipulation? Evidence of manupulation was presented to the court and that is what the SCOK relied on. IEBC chairman's memo served as a confirmation. Now if Uhuru has the numbers and won fairly, then it is the IEBC fellows who denied him victory not the SCOK. It is the IEBC that provided NASA with grounds for a petition. So the question is, why is Jubilee not mad at Chiloba and co? Why does Jubilee want the same people who messed up their "win" to oversee the repeat election? The only reason can only be that Chiloba is doing Jubilee's bid.

@Kamau wa Banana. Tell us from what time to what time were those 9000 log-in done. Were those log-in made in one device or multiple devices? Even if you make multiple log-in in multiple devices only one transaction can commit at a time. We are not talking about the server here. Can you explain to us in computer Science 101 what you are trying to say?

@Kamau wa Banana, the situation you are describing would have created a Denial of Service (DoS). First of all the system will raise an alarm if 9000 log-in are made at the same time using same username & password.

This is good. Some folks are fond of making libelous statements without repercussions. Perhaps when they are sued outside Maraga's court, they will have to work harder to prove their case. Notwithstanding is the fact that if they lose the case, they also are likely to be hit with a huge bill for causing harm to a reputable business using malice and prejudice...

Kamau wa banana, you are so correct I am even ashamed to be a jubilee sympathizer. Ukweli hurts

You are as fake as they come. The real Moses Kuria is in Jubilee ndani, ndaaaaaaaaani ndani.

@Kamau Wa Banana, hold your horses till Tuesday when Maraga and others in the majority opinion provide details of their ruling. Till then you can't affirmatively accuse Chiloba or any other official/commissioner in the IEBC of being in bed with Jubillee. Besides, as @Somora has eloquently explained, if gaining access to IT systems using a valid username and password is tantamount to hacking, then you and everyone else who uses email and other social media back into their accounts every time they log in. Also, if those who allegedly logged in 9000 were unauthorized individuals, then the onous is on Raila and other NASA principals to prove that the IEBC servers were hacked and the only username/password stolen is that of Chebukati. Just ask yourself this: Why would a hacker access IEBC servers only to obtain one username and password when they could obtain tens of usernames and passwords to facilitate more rigging?

When finally this case is presented to the court. Somebody will have to provide and prove the augorithm that was said to have been used in the August 8th Kenya's 2017 presidential elections. The Kenyan Suprime Court ruling will be in focus and the evidence that Honorable former Prime minister and NASA provided for this case. This means that we are yet to see other lawyers discussing the claimed augorithm in the corridors of justice in US and Paris where OT- Morpho is registered.