US College Confirms President Kenyatta Graduated from the Institution, Following Queries from Kenyans on Twitter 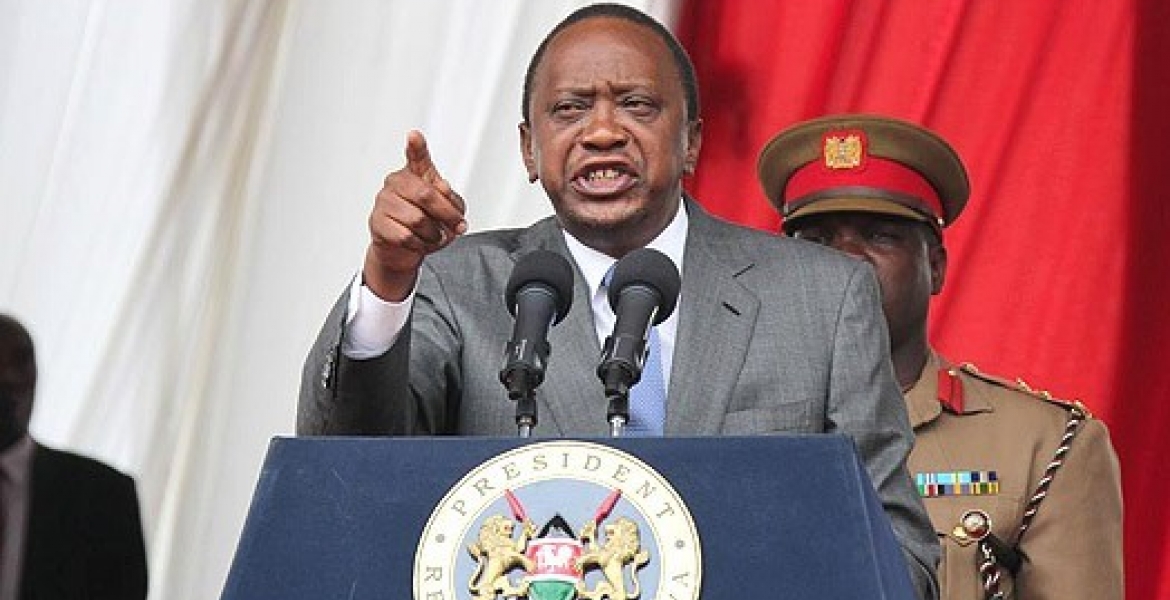 US College Confirms President Kenyatta Graduated from the Institution, Following Queries from Kenyans on Twitter

Following queries from Kenyans on twitter if indeed President Uhuru Kenyatta graduated from the institution, Amherst College in Massachusetts, USA responded with confirmation that the president was indeed one of its graduates in the class of 1985.

Amherst College shared a link on twitter listing Uhuru Kenyatta on its list of 1985 graduates, when he graduated with an undergraduate degree in Economics and Political Science.

Kenyans’ probe on the president was triggered by the ongoing queries on the education credentials of Mombasa Governor Hassan Joho. Joho, also an ODM Deputy Party Leader, is accused of presenting a fake KCSE result slip to gain admission into the University of Nairobi. He however denies the charge and terms it as a ploy by Jubilee to undermine his political ambitions.

@samfatayah Thanks for your question. We can confirm that Uhuru Kenyatta graduated in 1985 with a degree in economics & political science.

@MrOmoro Sorry, Mr. Omoro, we do not provide personal information like grades about any of our current or former students, faculty or staff.

Let us not fool ourselves. The basic criteria to run for any public office should be"

1. Pass the new constitution examination in Kiswahili - the language of the people
2. Character: past and present
3. Integrity: past and present
4. Total wealth declared and how one got it.
5. Does not take non-prescription drugs.
6. Has not been involved in physical fighting, yelling or use of inappropriate language when communicating.
7. Can communicate in our national language - Kiswahili
8. Should not be a member of a foreign religion (Islam or Christianity)
9. Believes in a universal CREATOR, and does not discriminate based on gender or ethnic background.
10 Accept lowering their monthly salary to match that of the common mwananchi.

Piano,good stuff there. You should add age limit as well. Not over 85,and not under 25

One of the best way we can get informed elected public servants is to require that they pass a Kenyan Constitutional examination in Kiswahili. Why? What benefit does the nation achieve by having an elected public servant with a degree in music, physics, or chemistry?
However, a basic understanding of the Kenyan Constitution will lessen the number of thugs, rapists, and immoral MP's posing as leaders in our parliament.

I like number 8, and perhaps add not believe in any religion. What is the relation between running for public office and believing in a creator? What difference would it make if they don't?

You are right. It does not make any difference. What I meant was simply if you believe in the ALMIGHTY CREATOR, you will accept all creations as special and equal with you. You will acknowledge the invisible force responsible for all what we can see and many things that we can't see with our naked eyes. You will accept all genetic differences designed by this invisible force. You will achieve internal peace and live positively with your fellow creations on planet Earth and beyond.
Thank you Soldieron for your challenging comments.

# 6. Has not been involved in physical fighting, yelling or use of inappropriate language when communicating.Throwing of stones with intent to hurt others and should never have blown a whistle in the precincts of parliament and should NEVER have taken an oath different from that of the duly elected president of the republic of Kenya and finally,the person running for office of president of the republic of Kenya if male should be circumcised!