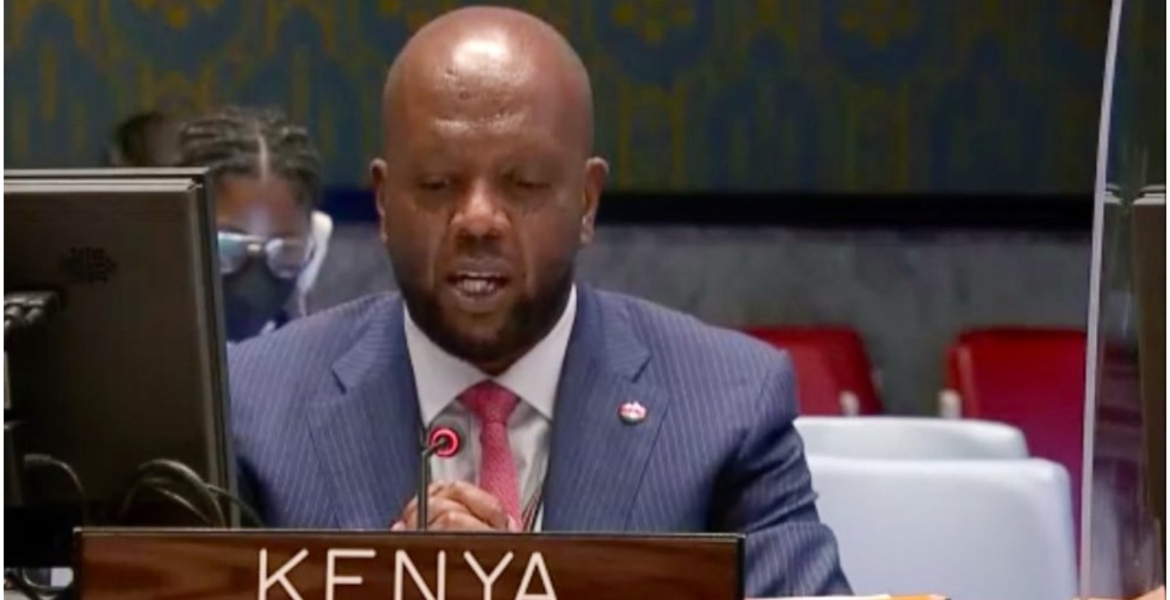 Kenya’s Permanent Representative to the United Nations Amb. Martin Kimani said Kenya was gravely concerned by the announcement by Russian President Vladimir Putin to recognize the Donetsk and Luhansk regions of Ukraine as independent states.

Kimani, who spoke during a UN Security Council (UNSC) urgent meeting to address the situation in Ukraine, accused Russia of undermining the sovereignty and territorial integrity of Ukraine.

“We do not deny that there may be serious security concerns in these regions, but they cannot justify the recognition of Donetsk and Luhansk as independent states. Not when there are multiple diplomatic tracks available and underway that had the ability to offer peaceful solutions,” said Amb. Kimani.

Amb. Kimani further accused powerful states, including members of the Security Council, of breaching international law with little regard and urged the Secretary General to rally members to defend multilateralism.

“Multilateralism lies on its deathbed tonight, it has been assaulted as it has been by other powerful states in the recent past,” he added.

Monday’s UNSC urgent meeting, which was held on the brink of a major conflict in Ukraine, resolved that Russia’s action and announcement breach the territorial integrity of Ukraine.

It came hours after President Putin ordered the deployment of troops to the two breakaway regions in eastern Ukraine after recognizing them as independent on Monday, putting the ongoing peace talks to an end.

Several nations at the emergency meeting of the United Nations Security Council condemned the order as a violation of international law and Ukraine’s sovereignty. Ukraine's President Volodymyr Zelenskyy accused Russia of violating its sovereignty.

Seems like Kenya is getting pressured by the Western powers

Reading a script from the Master.

Kenya is so powerful.

Wanjiku has no power to condemn Russia!!
Who is talking on behalf of Kenya?
Could it be the Master? Only time will tell.
Ee mungu nguvu yetu.