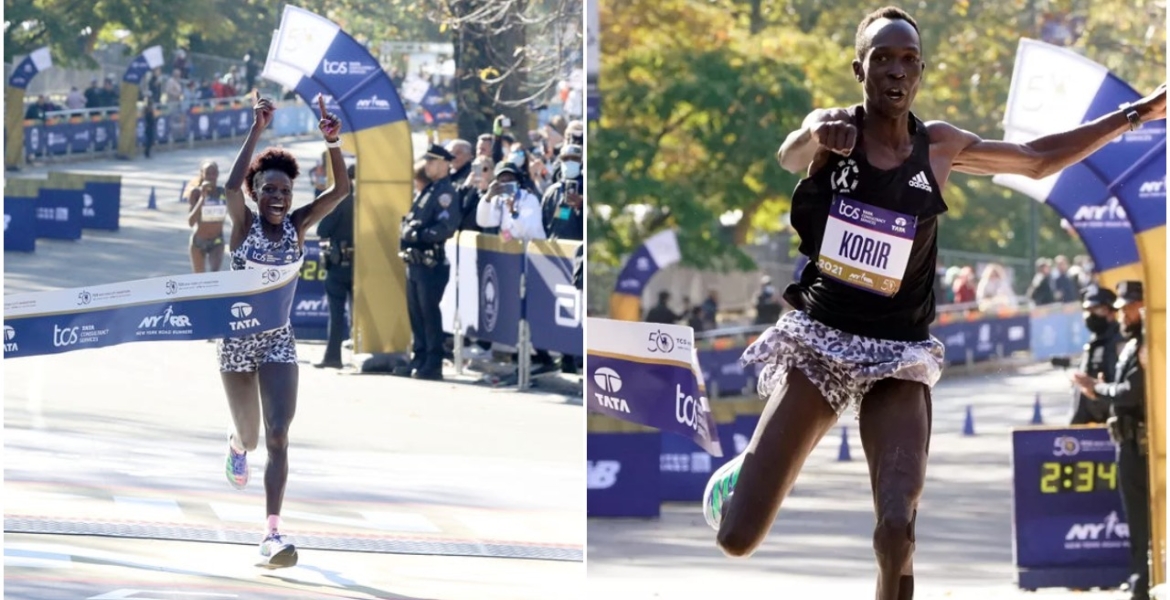 Korir won the men's race in dominant fashion, crossing the line with a time of 2 hours, 08 minutes, and 22 seconds.

This was the 27-year-old’s first victory in one of the World Marathon Majors, having finished second in the 2019 New York City Marathon behind his compatriot Geoffrey Kamworor.

Morocco’s Mohamed El Aaraby came in second, finishing in 2 hours, 09 minutes, and 06 seconds while Eyob Faniel of Italy was third (2:09:52).

Jepchirchir emerged victorious in the women’s race with a time of 2 hours, 22 minutes, and 39 seconds ahead of her countrywoman Viola Jeptoo (2:22:44) and Ethiopia’s Ababel Yeshaneh (2:22:52).

Jepchirchir, 28, became the first woman to win a marathon major in the fall after winning an Olympic gold medal. She took gold at the Tokyo Olympic marathon three months ago.