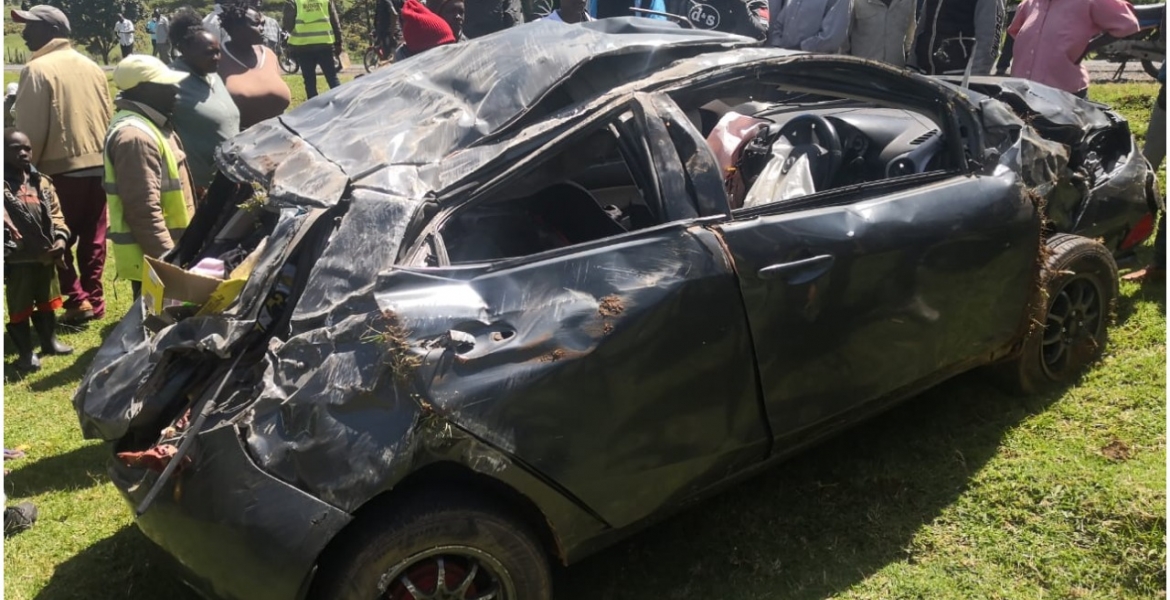 Harambee Stars goalkeeper Patrick Matasi has been hospitalized after being involved in a road accident.

Matasi was traveling from Nairobi to Kakamega together with his family when his vehicle lost control and rolled multiple times at Lessos area along the Nakuru-Kapsabet Road.

Matasi was rushed to Lessos clinic in an ambulance for emergency treatment and later to Kapsabet Hospital where he is currently admitted.

A relative Albert Mulanda said Matasi’s car lost control and developed a wheel burst before rolling off the road.

“Matasi was with his family and two brothers-in-law and currently the doctor is running some scans on him because he is complaining of chest and shoulder pains, “Albert said.

“After the results, then we will be able to know what next step that will follow.”

The footballer’s wife and child also suffered multiple injuries and are being treated at the same facility.

Thnk you Mr Editor for finally reporting the actual scientific cause of the accident. Most accident articles written by lazy journalists dont even bother to list the bare facts and focus on the sensational aspect. Besides the crazy drivers and buses there, vehicle condition is a factor in these wrecks. Glad they all made it.