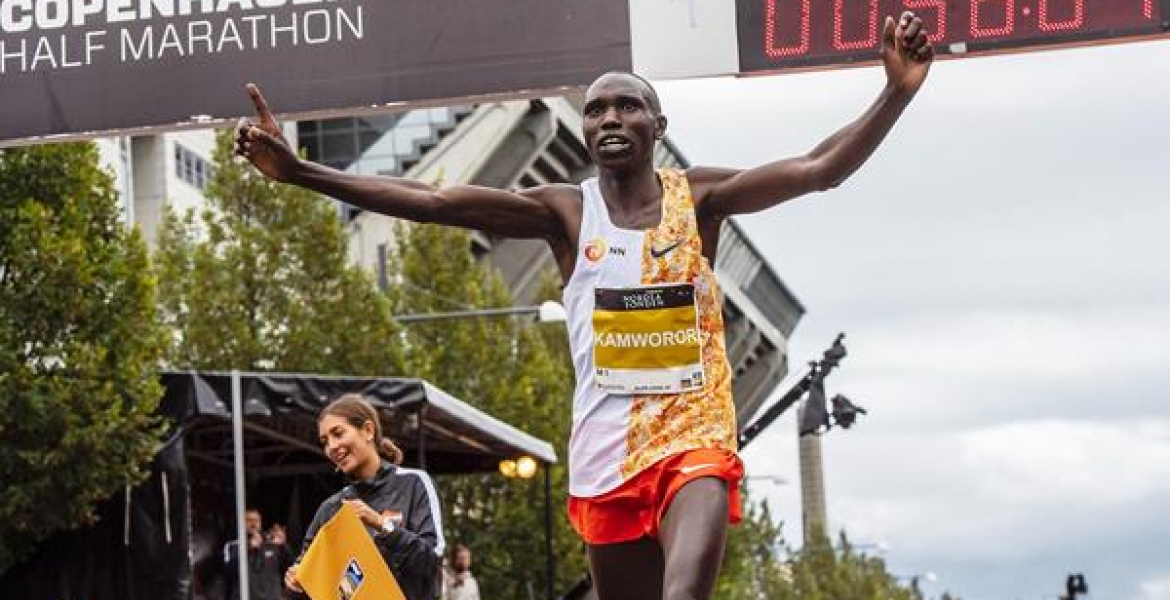 Kenya’s Geoffrey Kamworor has exuded confidence that he will reclaim his New York City Marathon title this weekend.

The 26-year-old long-distance runner clocked 58:01 at the Copenhagen Half Marathon to set a new world record in the 21-kilometer race.

“I know everyone expects me to do well, I want to assure them am ready my training has gone well after breaking the record that showed how prepared I am for the challenge,” Kamworor said.

“I won it in 2017 for the first time but lost in my second attempt, this year I am ready and my opponents are well aware, New York is not a fast course so despite the inspiration by the half marathon record not much should be expected but I’ll do my best and try to give a good result,” he added.

In the women’s race, 2018 champion Mary Keitany of Kenya will be looking to defend her title after winning the race in 2:22:48 last year, the second-fastest time ever recorded on the course.

Her challengers will include her compatriot Joyceline Jepkosgei, Sinead Diver of Australia and nine-time US champion Aliphine Tuliamuk.